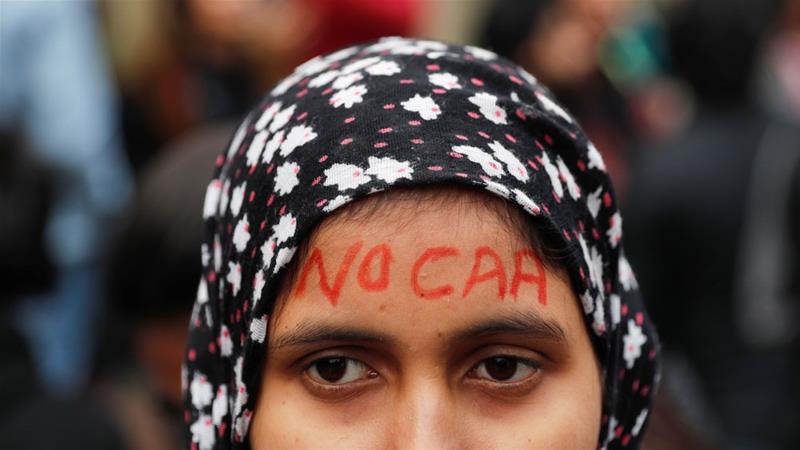 With their parents bombarding them on WhatsApp with misinformation and even abuse over their stand on India’s new citizenship law, young women are hiding their identities on social media to voice outrage and find allies outside families.

Young people, particularly women, have been at the forefront of the ongoing wave of protests over the Citizenship Amendment Act (CAA), which critics say is anti-Muslim.

But this can be dangerous in a largely conservative and patriarchal society.

When Priya takes part in protests, for example, her fear of the riot police – 25 people have died in the past almost two weeks – comes second to her terror of her Hindu father finding out her whereabouts and halting her education.

“He just has this hatred of Muslims – every opportunity he has lost in life, he blames them,” said Priya, 20, who was too scared to give her real name in case her New Delhi family find out. 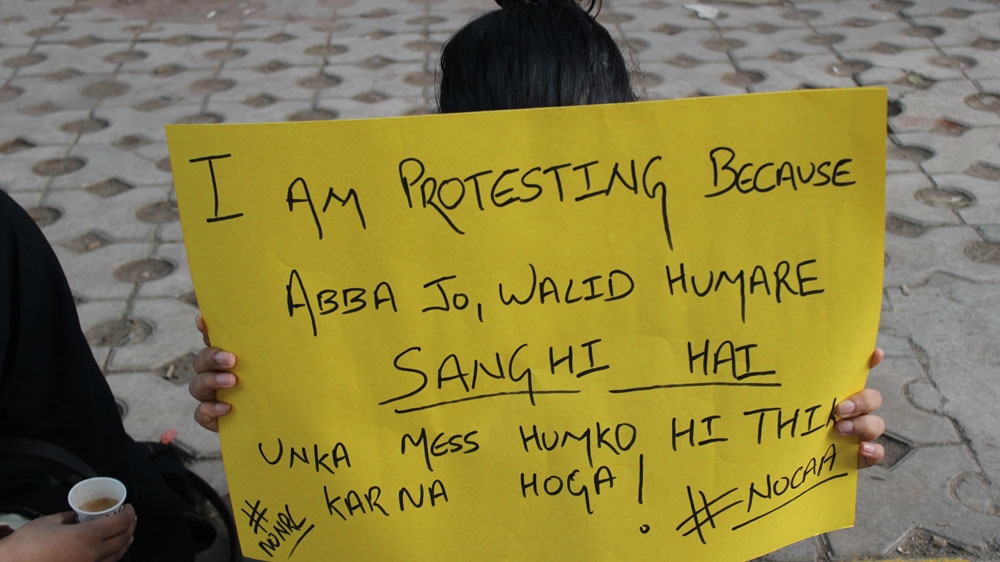 “I have tried so many times to talk to him. But every conversation we have ends with him threatening to pull me out of college and get me married off,” the student told AFP news agency.

Her story is reflected across India’s dining tables, FaceTime chats and WhatsApp family groups in what is turning out to be the biggest challenge to Prime Minister Narendra Modi since he rose to power in 2014.

She used to hit back with links to fact-checking websites before his threats to end her education forced her to hide her political views from her parents.

Her father, she said, has no idea about her Twitter account, where she uses a handle that shields her identity.

“Young people today care enormously about having a voice and being heard,” Tewari told AFP, pointing to the pro-democracy protests in Hong Kong and climate change marches around the world.

But, unlike their global counterparts, young Indians have to find ways to express themselves against the backdrop of a culture that places a huge premium on parental authority.

That sense of control is particularly pronounced when it comes to the lives of young women, he added.

‘There’s no reaching them’

At 27, Sweta Bagaria – not her real name – describes herself as the black sheep of her family because she insisted on getting a job, the first woman in her family to do so.

Bagaria accuses her conservative Hindu parents of physical and financial abuse – controlling her bank account, beating her, and refusing to hand over the documents she would need to rent a flat.

Like Priya, the Mumbai-based video editor has been actively involved in the demonstrations against the citizenship law, which she called “a gross violation of human rights”.

Her views have driven an even bigger wedge between her and her parents, whom she described as bigots unwilling to employ or work with Muslims.

“I used to feel really alone until this year, when I found an online community on Twitter who are going through similar conflicts at home,” she said, referring to them as her “alternate family”.

“Also, at the end of the day, I know that my struggles are nothing compared to what others in this country, especially Muslims, are going through,” she said.

“That makes it even more important for me to show up.”

Since the demonstrations kicked off, Bagaria – who is an avid Twitter user – has shared pamphlets and produced a video urging others to protest.

She has chalked up a few successes on that front, such as convincing a friend who had never voted to participate in a string of demonstrations.

But she has little hope of ever being able to persuade her family.

“I tried for years. There’s no reaching them,” she said.

Trump’s legacy: He changed the presidency, but will it last?