YANGON (Reuters) – A Myanmar court heard arguments on Monday in the appeal of two Reuters reporters sentenced to seven years in jail on charges of breaking the Official Secrets Act.

Wa Lone, 32, and Kyaw Soe Oo, 28, were found guilty in September after a trial at a Yangon district court in a landmark case that has raised questions about Myanmar’s progress toward democracy and sparked an outcry from diplomats and human rights advocates.

Lawyers for the reporters filed an appeal against the conviction in early November, citing evidence of a police set-up and lack of proof of a crime.

Lawyers for the reporters and the prosecution presented arguments for more than an hour on Monday before the hearing was adjourned. The court did not give a date for a decision.

The lawyer said the lower court had wrongly placed the burden of proof on the defendants and prosecutors had failed to prove the reporters gathered and collected secret information, sent information to an enemy of Myanmar or that they had an intention to harm national security.

“According to the evidence, case files and references I have submitted, they are innocent,” L. Khun Ring Pan said.

Before their arrest, the reporters had been working on a Reuters investigation into the killing of 10 Rohingya Muslim men and boys by security forces and Buddhist civilians in western Myanmar’s Rakhine State during an army crackdown that began in August last year.

The operation sent more than 730,000 Rohingya fleeing to Bangladesh, according to U.N. estimates.

L. Khun Ring Pan said the lower court had ignored flaws in the prosecution case, including inconsistencies regarding the reporters’ arrest.

Police said the two were seized when they walked past a routine police traffic stop holding confidential documents.

But during eight months of hearings, Wa Lone and Kyaw Soe Oo testified that two policemen they had not met before handed them papers rolled up in a newspaper during a meeting at a Yangon restaurant on Dec. 12, 2017.

Almost immediately afterwards, they said, they were bundled into a car by plainclothes officers and taken into detention.

“The arrest at the traffic stop is a lie. The truth is they were arrested in a set up. There cannot be legal action based on a set up,” the defense lawyer said.

Khine Khine Soe, a legal officer representing the government, said the evidence had shown the reporters had been found to have collected and kept confidential documents.

“It was found that they had the intention to harm national security and the national interest,” Khine Khine Soe said.

The judge gave no response to the presentations.

The reporters did not appear in court. Some family members attended, along with some diplomats, including representatives of the United States, European Union, Britain and the United Nations.

The case has raised concern about the outlook for Myanmar’s transition after decades of harsh military rule.

Government leader Aung San Suu Kyi said in September that the jailing of the reporters had nothing to do with freedom of expression.

She said they had been sentenced for handling official secrets and “were not jailed because they were journalists”.

Reuters Editor-in-Chief Stephen J. Adler said in a statement before the hearing the reporters should be released. 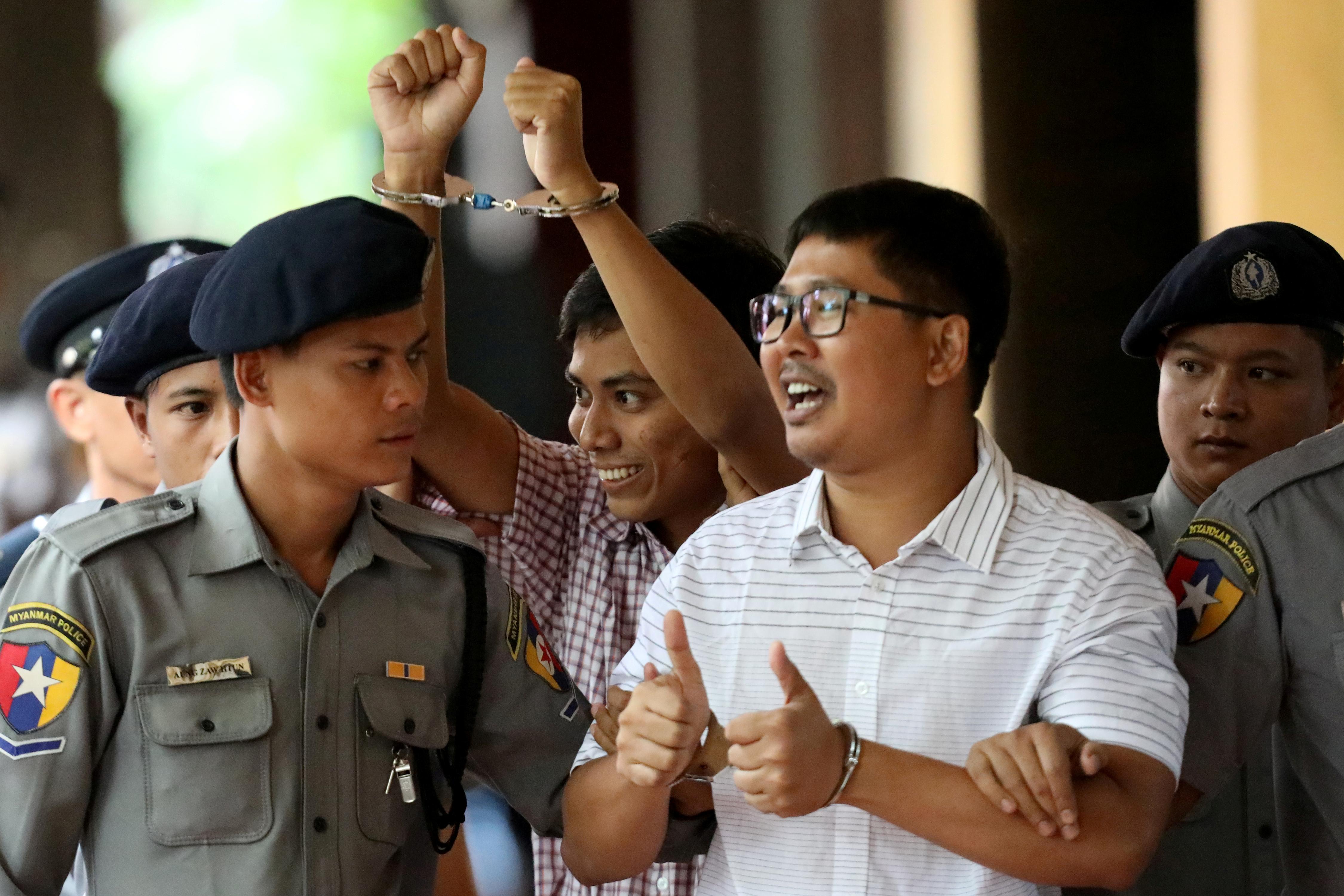 “We will explain to the appellate judge why, under the law, the only possible conclusion is that the appellate court must restore our reporters’ freedom and reaffirm Myanmar’s democratic principles,” Adler said.

Pan Ei Mon, the wife of Wa Lone, told reporters the couple had signed their marriage certificate at the same court two years ago.

“We want justice and we hope for the best,” she said after the hearing.

Hennessy Is Investing $1M In Funding To Champion Black Entrepreneurs