THE MYSTERY behind a monolith that appeared on the Isle of Wight has been solved after a designer said he left it there "for fun".

Tom Dunford, 29, said he drove down to the beach at 4am on Sunday to install it. 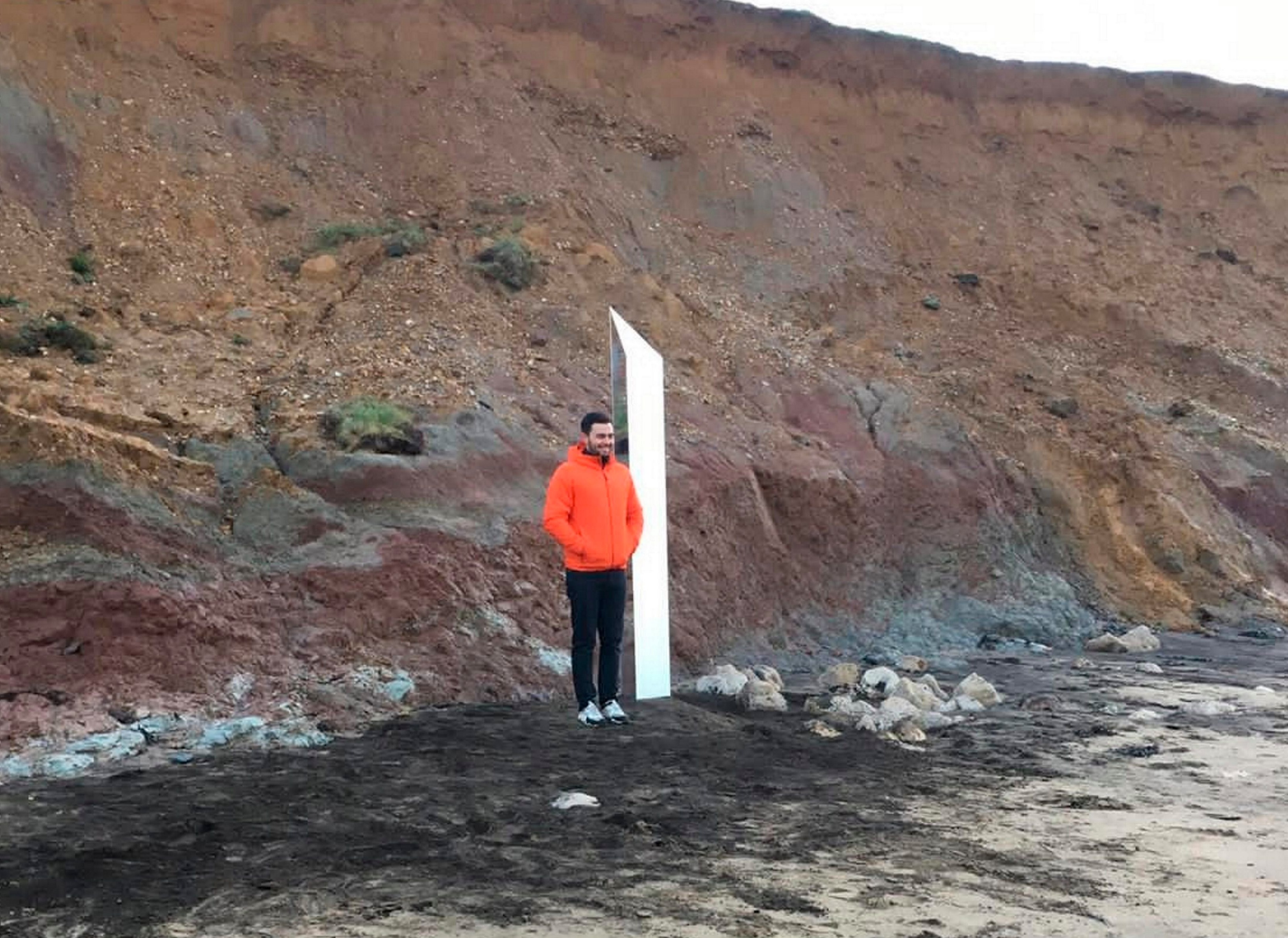 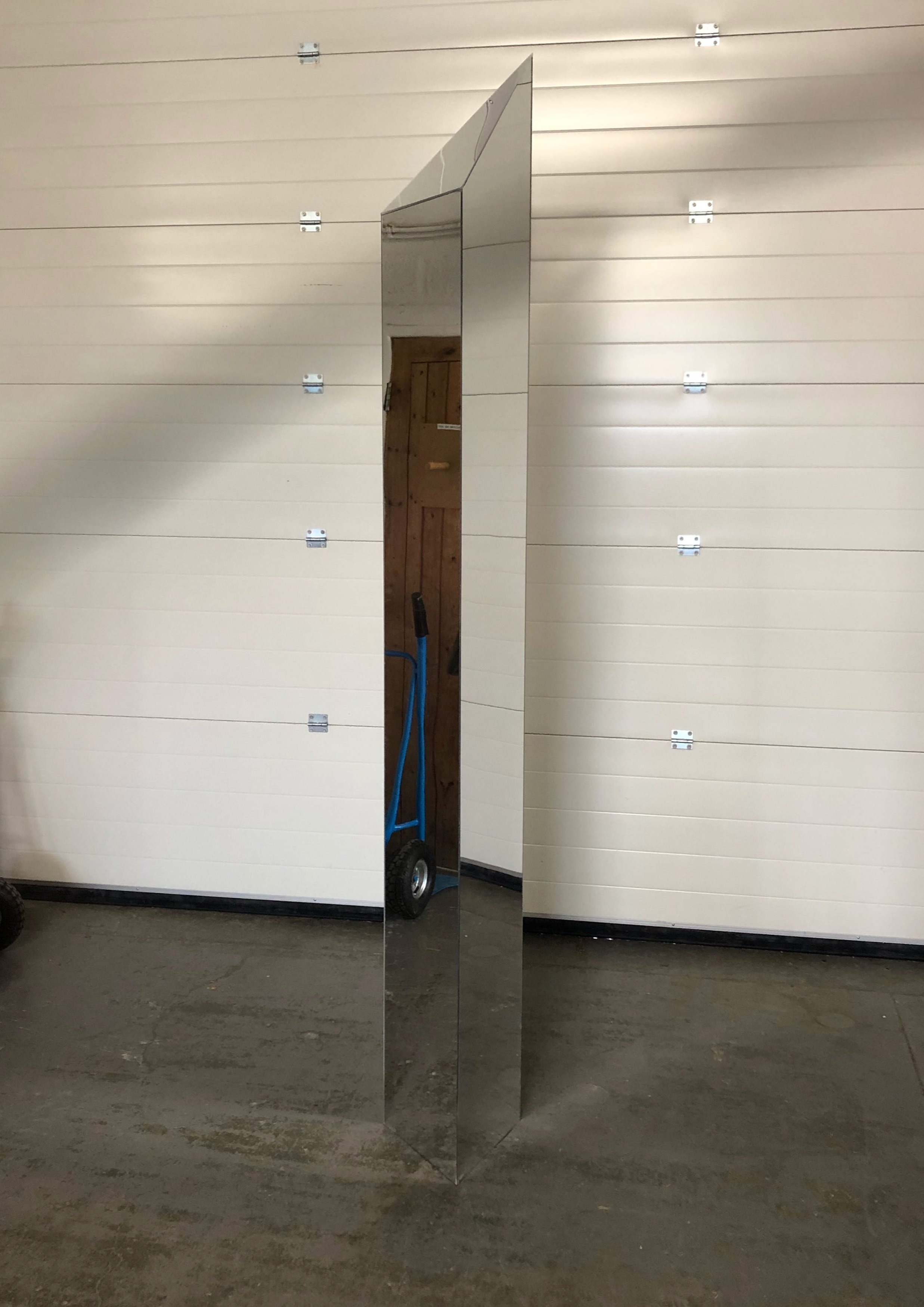 The structure left residents baffled when it popped up at the bottom of a sheer cliff on Compton Beach.

It appeared on the Isle of Wight days after similar mysterious pillars were spotted in several places around the world including Utah, California and Romania.

Mr Dunford, from Fishbourne, told BBC Radio Solent: "When I saw the first one pop up [in Utah] I thought it was brilliant, the second one popped up and I had a text from a friend which said 'you're the man that can do this on the island'.

The man, who works for a design company, said he had the idea when walking back from the office – as they had an old sheet of perspex mirror.

He claimed he told a few friends about his plan and on Sunday night he decided to install it on the beach.

The Isle of Wight resident said: "I did it purely for fun."

Mr Dunford joked that the island would be a safe place "if the aliens were to come down" because it is in Tier 1 – the lowest level of coronavirus restrictions.

After being installed on the beach, the monolith attracted huge crowds.

The designer said he did not expect it to get the reaction it eventually got. 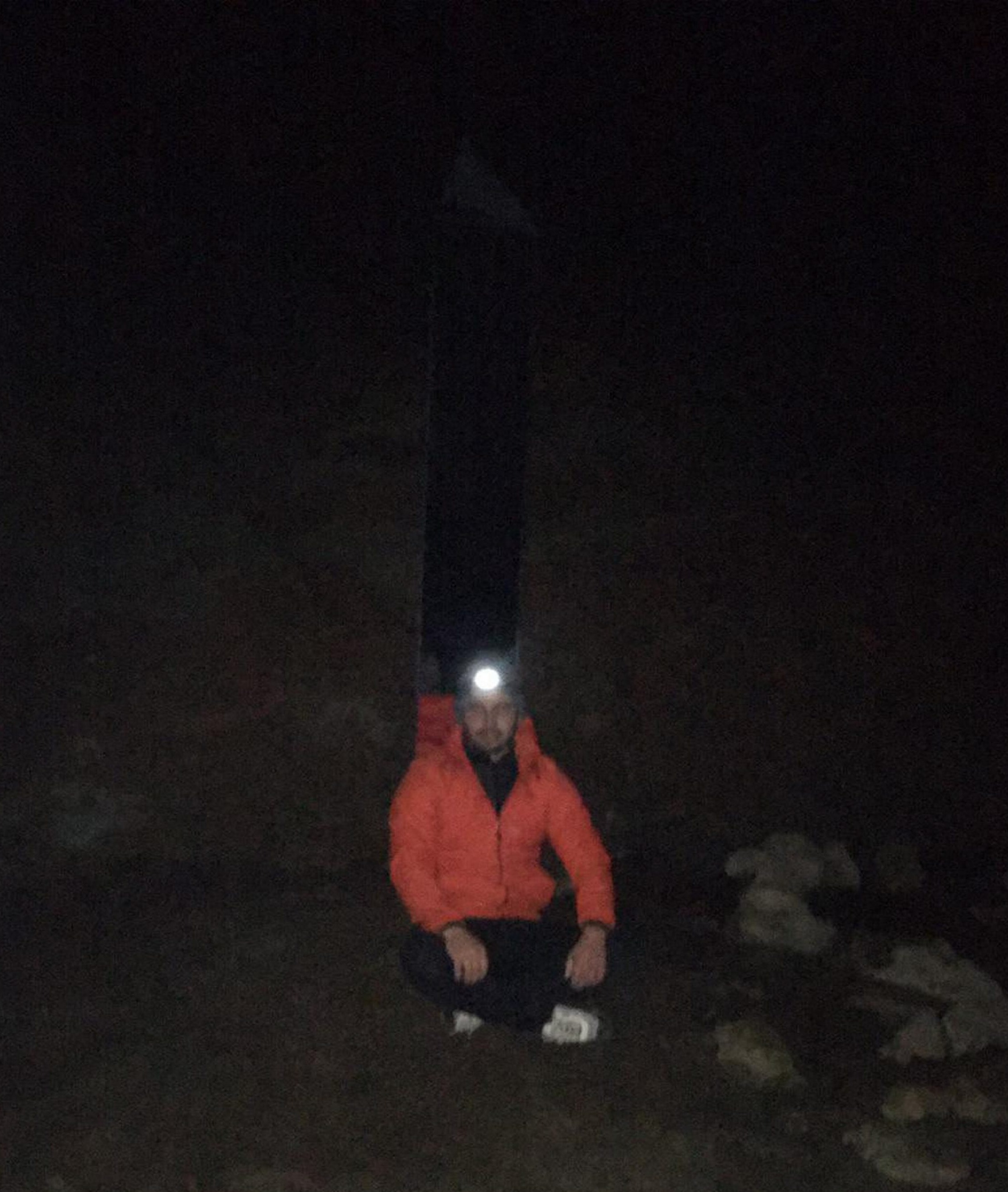 Mr Dunford said he thought people would only take photos for a couple of days and then he would go there to remove it.

The National Trust – which is responsible for the site – said the beach is being monitored to ensure it remains safe and does not become overcrowded, BBC News reports.

Several residents expressed their surprise when the monolith appeared on the island.

Ami Blackburn, 31, said she went to investigate and take her own photos with her son and boyfriend after seeing snaps on social media but reading rumours they may have been photoshopped. 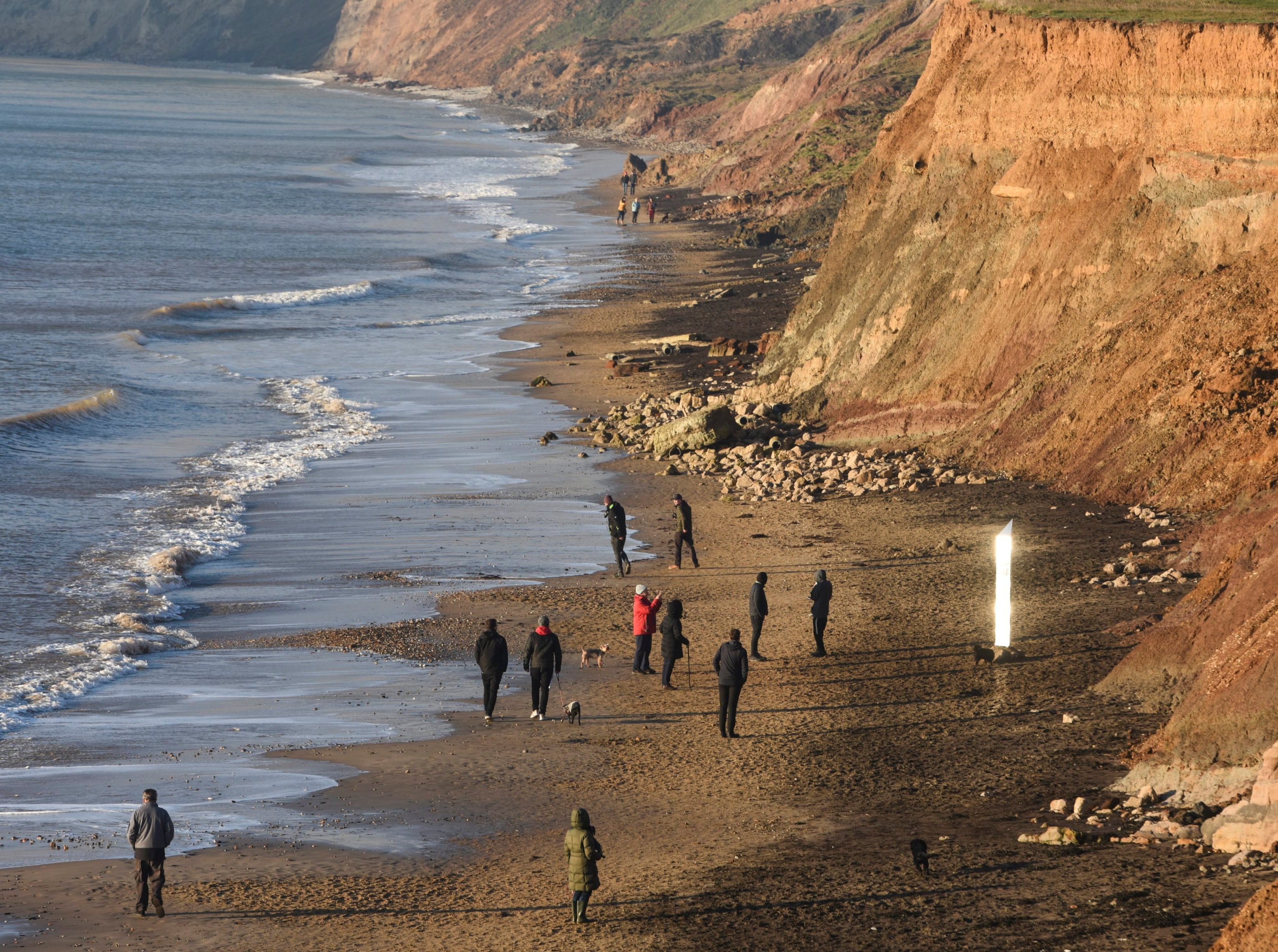 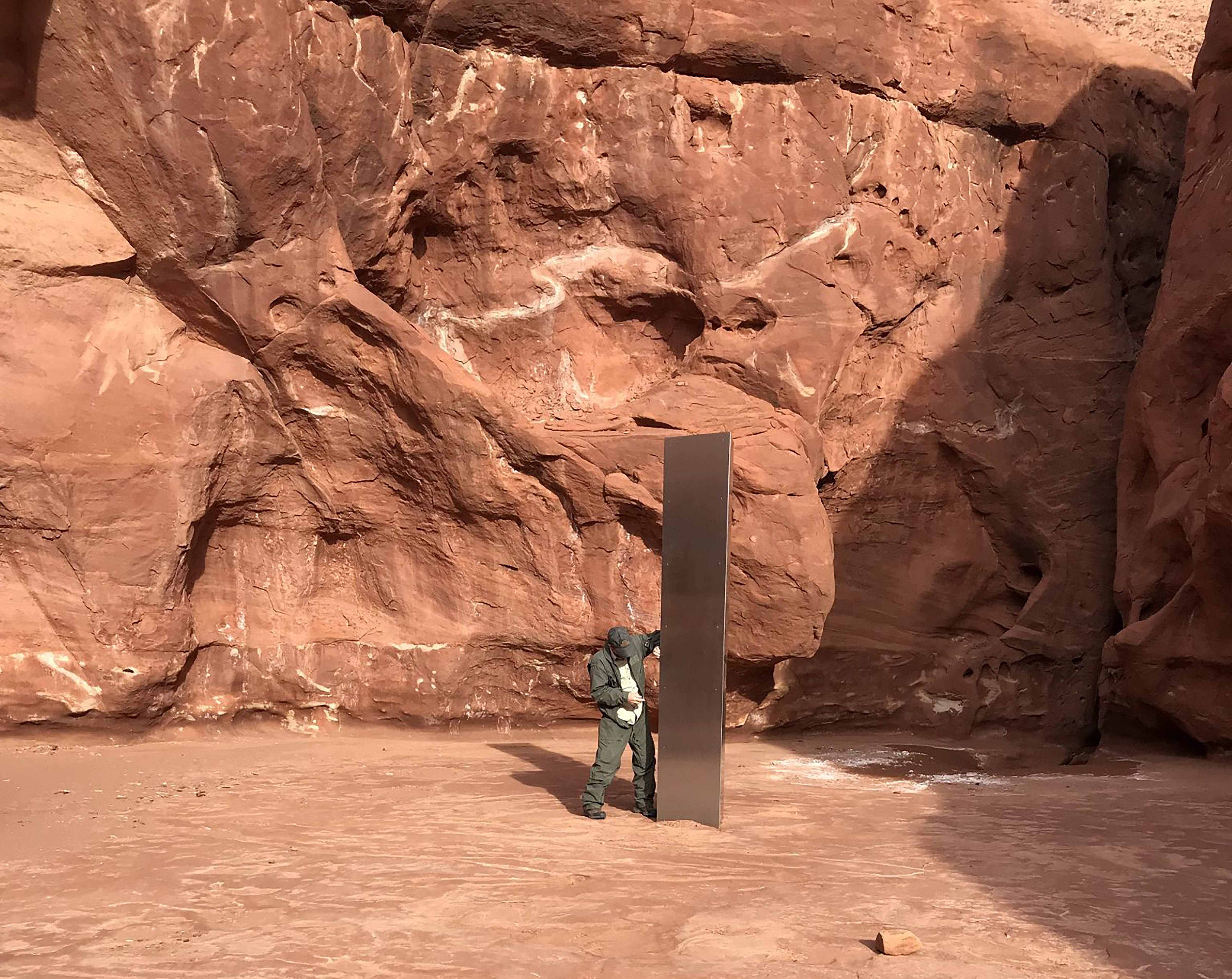 It comes after Goldie's son claimed Banksy could be behind the monolith.

Danny Price, 36, said in an Instagram video “it’s probably Banksy” who was involved in placing similar mysterious monuments in America and Romania.

On November 18, a similar structure was found in Utah – after which several monoliths started popping up in a few different places.

Wildlife officials had been counting sheep in Red Rock Desert when they discovered the structure.

Another mysterious monolith then appeared on top of Pine Mountain in Atascadero, California.

After just a few days, a similar structure was also found in Romania.

The 13ft "alien" monolith was spotted on Batca Doamnei Hill in the city of Piatra Neamt on November 26 – but it disappeared days after being spotted.