A crocodile farm has said it is a “mystery” how an orthopaedic plate found its way inside one of its animals.

The metal plate was found when they cut open the 4.7m (15ft) croc to try to work out why it died.

Orthopaedic plates are used to allow broken bones to heal in humans and animals and are often left in the body afterwards.

The crocodile, named MJ, used to be in the wild but was bought by Queesland’s Koorana Crocodile Farm from another farm in the state.

“No staff and no pets are missing here! So, for now it’s a mystery…” said a message on its Facebook page.

Farm manager John Lever said the plate could have been inside the crocodile for decades and that his feeling was it belonged to a human. 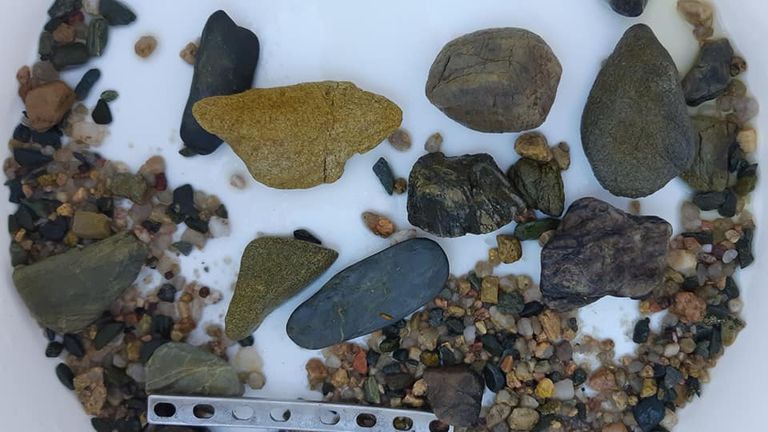 The identification code has been worn off by the animal’s stomach acid so it’s difficult to trace, but is believed to be Swiss made.

He told Australian Associated Press: “That’d be our desire – if we can help solve a cold case, “If we could put some minds at rest, it would be absolutely delightful.”