NATO will become a target for the Russian military if the alliance supplies Patriot missile batteries to Ukraine, the head of Moscow’s security council has warned.

Dmitry Medvedev, who also served as president, issued the alarming statement today as NATO leaders meet in Romania to discuss the next phase of support for Kyiv – with advanced missile defences at the top of the agenda.

‘If… NATO supplies Kyiv fanatics with Patriot complexes along with NATO personnel, they will immediately become a legitimate target of our Armed Forces,’ he said.

‘I hope the Atlantic impotents understand this.’ 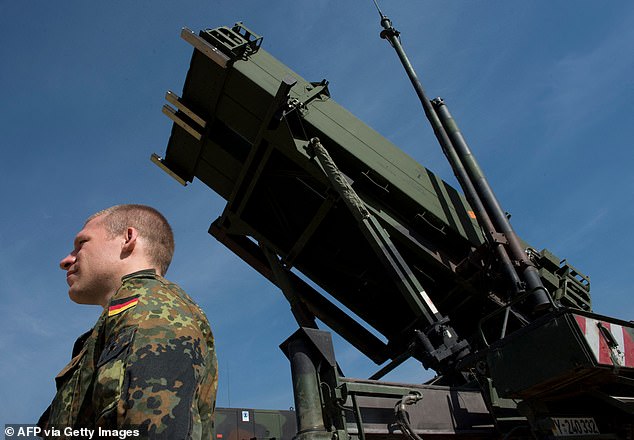 Medvedev, who put the statement out via his Telegram account, did not make it clear whether the targets would be the Patriot systems, NATO crews, or NATO itself.

In recent weeks, Russia has unleashed hundreds of missiles and suicide drones at Ukrainian power and water plants which has left people freezing in their homes.

“The message is simple: give Patriots as soon as you can because this is the system that Ukraine needs to protect its civilian population and infrastructure,” he said.

Mr Kuleba added that he would be working with the German government on getting hold of the weapons – which are designed to shoot down incoming missiles.

Germany has already offered Patriot batteries to Poland after a rocket struck its eastern border with Ukraine earlier this month, killing two people.

Initially, it was thought the missile could be Russian but it was later ruled to be a mis-fired Ukrainian rocket. Warsaw refused to take the Patriots, and suggested they should be sent to Kyiv instead. 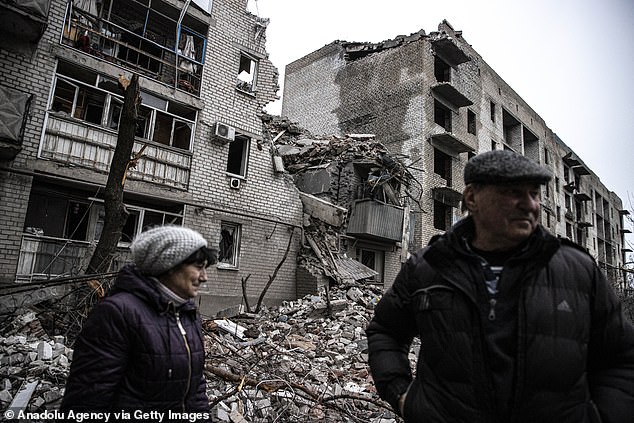 Millions of Ukrainians face freezing in their homes this winter if power cannot be restored, potentially triggering a fresh wave of refugees (file image)

‘If Germany is ready to provide Patriots to Poland and Poland is ready to hand them to Ukraine then I think the solution… is obvious,’ Kuleba added.

US Secretary of State Antony Blinken, who met with Kuleba today, said that support for Ukraine ‘remains strong, resolute, determined.’

The provision of Patriot surface-to-air missiles to Ukraine would mark a major advance in the kinds of air defense systems the West is sending to help the war-torn country defend itself from Russian aerial attack.

NATO Secretary-General Jens Stoltenberg confirmed that deliveries of such sophisticated surface to air missiles systems are under consideration . The military organization does not possess any weapons, only its member countries do.

A senior U.S. defense official who briefed Pentagon reporters on Tuesday, on condition of anonymity, said that the United States is open to providing Patriots.

While Ukraine has asked for the system for months, the U.S. and its allies have been hesitant to provide it to avoid further provoking Russia. 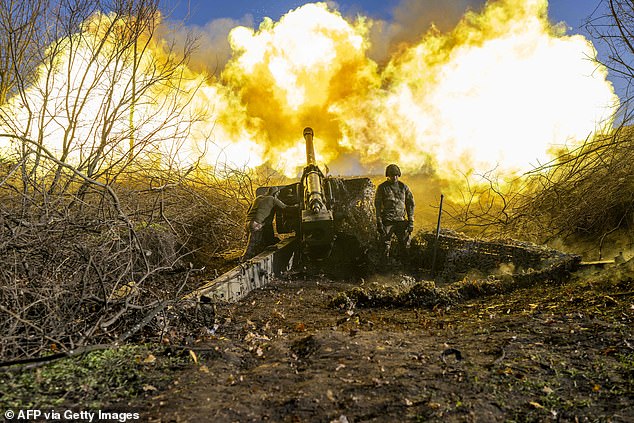 Russia has warned that NATO will become a ‘legitimate target’ if it hands any of the missile batteries over (file image, a howitzer is fired by Ukrainian troops)

German Chancellor Olaf Scholz said Tuesday that his country’s offer to send Patriots to Poland remains on the table, despite Warsaw’s suggestion that they should go to Ukraine instead.

Ukraine does not have personnel trained to used Patriots – a complicated air defense system of which there are three main types, with varying ranges and altitudes.

Germany has lent them to Slovakia and Turkey but sent its own technicians to operate the missiles.

NATO allies would almost certainly refuse to send any military personnel into Ukraine, to avoid being dragged into a wider war with nuclear armed Russia.

They would also want guarantees that Ukraine would only use the missiles to defend its air space and not fire them into Russian territory.

In Ukraine scandal, Democrats refuse to wait for actual facts