Neighbors of Fame star Irene Cara reveal she had become a ‘recluse’ during her final years living in Florida: ‘She didn’t talk to anyone’

The neighbors of Academy Award-winning singer and actress Irene Cara, who was found dead inside her Florida home last month, have said the 63-year-old songstress lived like a hermit and was obsessive when it came to her own privacy.

Cara, the singer of the hit ‘Flashdance… What A Feeling’ that earned her an Oscar in 1984, died on November 25.

Although she sang about Fame, she appeared to shun the notion in recent years.

‘She was a recluse. She didn’t talk to anyone,’ Roseann Nolan, who lived across the street from Cara, told The New York Post. ‘I didn’t even know it was her living there until a few years ago. It was the best-kept secret ever.’

Another neighbor who also lived next door to her for years also tried to befriend her to perhaps go for a walk on the beach or have a drink without even knowing who she was also noted how she was a recluse and would never agree to meet up. 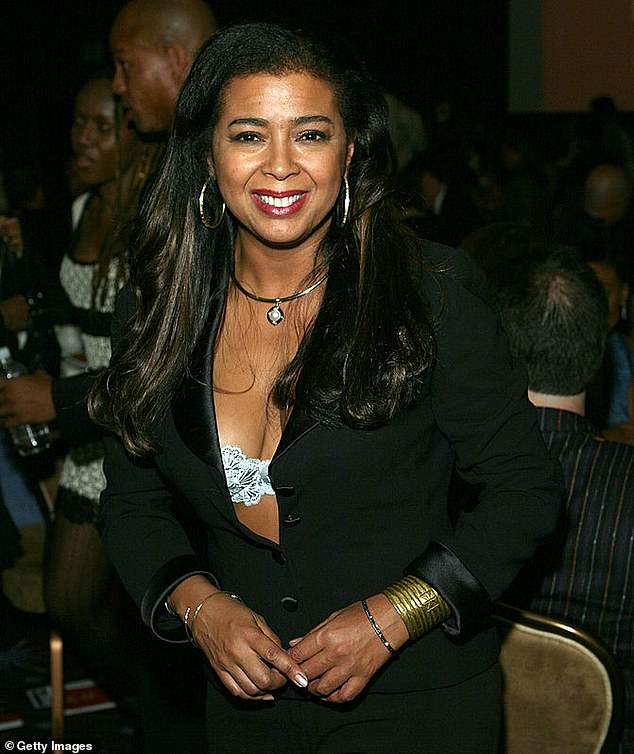 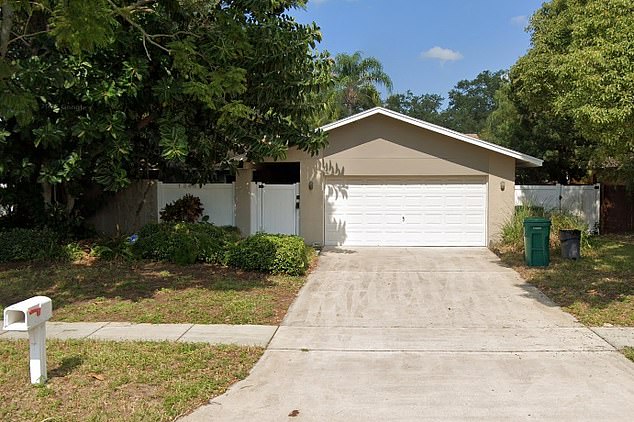 The neighbors of Academy Award-winning singer and actress Irene Cara who was found dead inside her Largo, Florida home last month have said the 63-year-old songstress lived like a hermit and was obsessive when it came to her own privacy 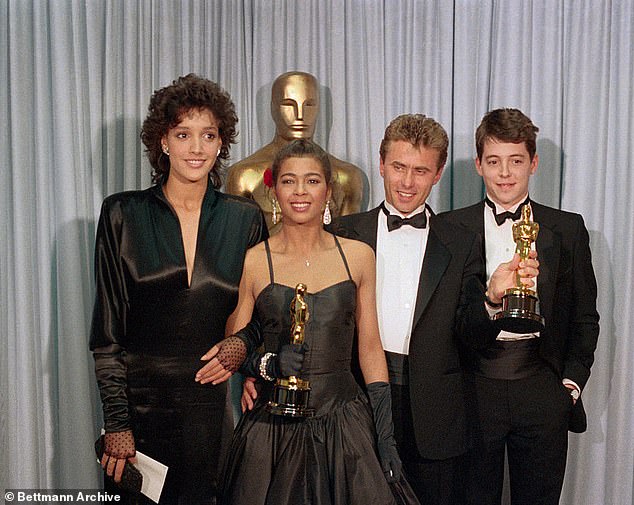 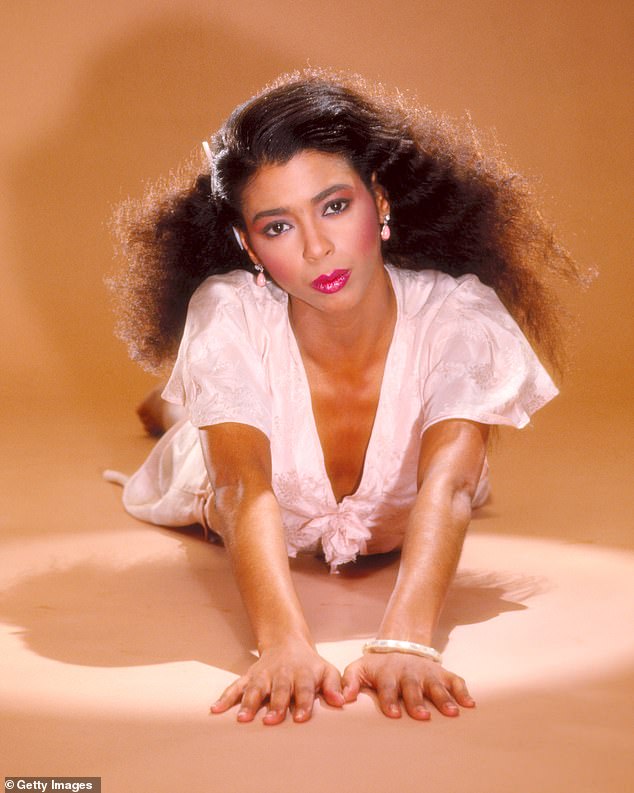 Irene Cara poses for a portrait in Los Angeles, California in 1983 at the height of her fame

‘I’d text her or call her to invite her to come for a walk but I wouldn’t hear back for days,’ Maria Contreras, 59, The Post. ‘She’d never call back using her cellphone. She called from her computer because she was worried about privacy. She didn’t look well and she said she had health issues.’

Conteras noted that the only person to ever show up at her home was a gardener who should show up to mow the lawn.

‘No one, including him, ever went inside her house. She greeted you outside by the garage. She got very angry with me when I took down a fence between our houses because I wanted to put a new one up. She sent me such crazy messages that I saved them on my phone. She was worried that she wouldn’t be safe with the fence down, even for a day,’ Contreras explained.

But Cara’s rep and her manager of almost 20 years, Judith Moose and Betty McCormick, say Cara decided to get out of the movie and music business on her own terms, although she had been toying with a revival recently.

While no cause of death has yet been revealed, McCormick says drugs, alcohol nor even suicide played a part in her death.

‘She was very afraid of getting the COVID virus,’ McCormick said told The Post. ‘She really struggled during that period.’

‘We had wonderful conversations this past year. I think she was content with her life in some ways. She tried to stay in the game but she really got blackballed by corporate forces.’ Moose said.

The pair both say  Cara had essentially ‘retired’ from the business because she no longer liked the entertainment industry in LA.

Cara last performed between 2005 and 2010 when she would give occasional performances and even got together a group of fellow female musicians to create a girl group called Hot Caramel. They ended up recording about six songs but none were ever released.

‘Women in music can be a lot more than just the midriff, the bellybutton, the bleached hair, the lip-synching,’ Cara said in a TV interview at the time. ‘I wanted to make a statement that women in music can be sexy and alluring and fabulous and hop and cool and be about music, just the music.’ 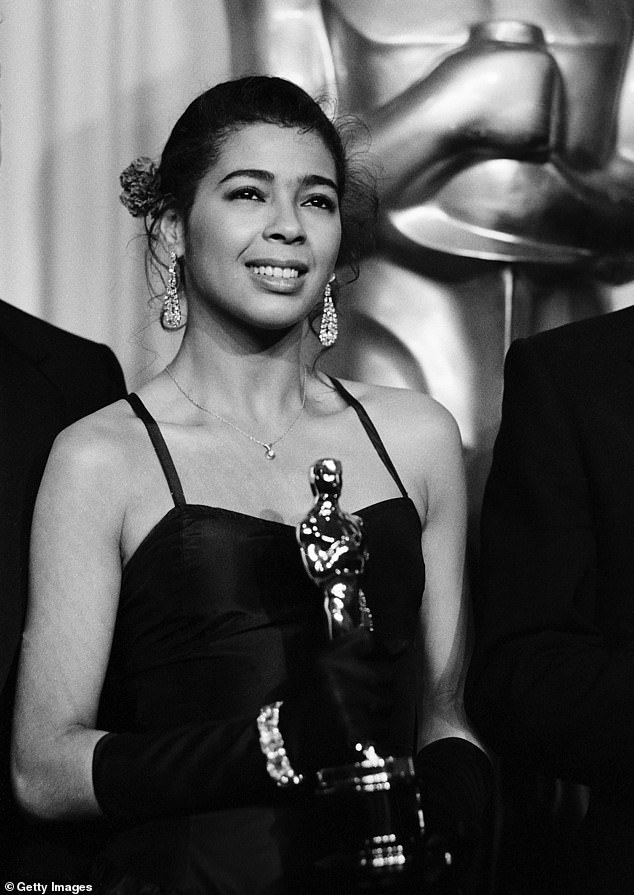 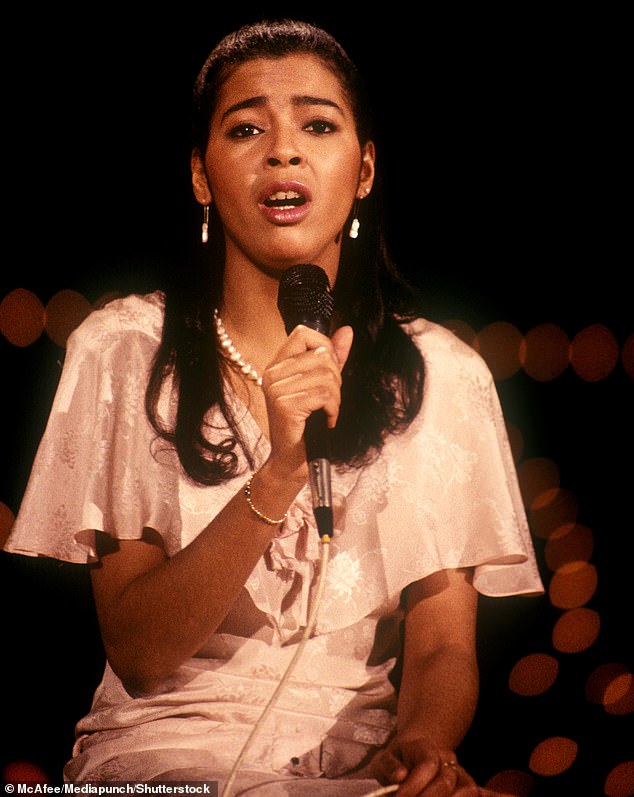 Cara rose to prominence for her role as Coco Hernandez in the 1980 musical film Fame, and for recording the film’s title song ‘Fame’, which reached No. 1 in several countries 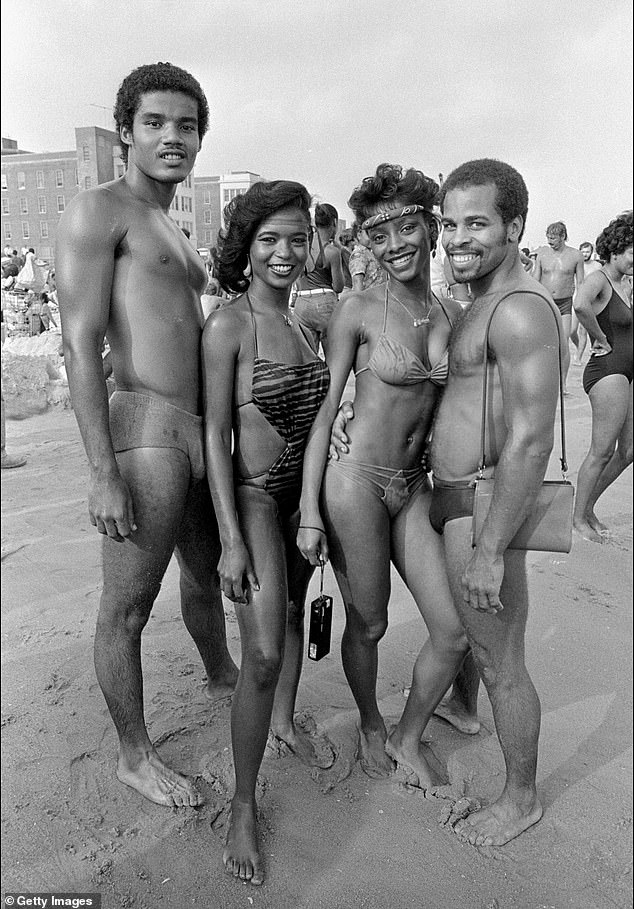 Pictured: Cara enjoying a day out at the beach in New York City’s Jacob Riis Park in 1982. She enjoyed a glittering career throughout the 1980s, but was shunned in the 90s after winning a lawsuit against her former label over earnings 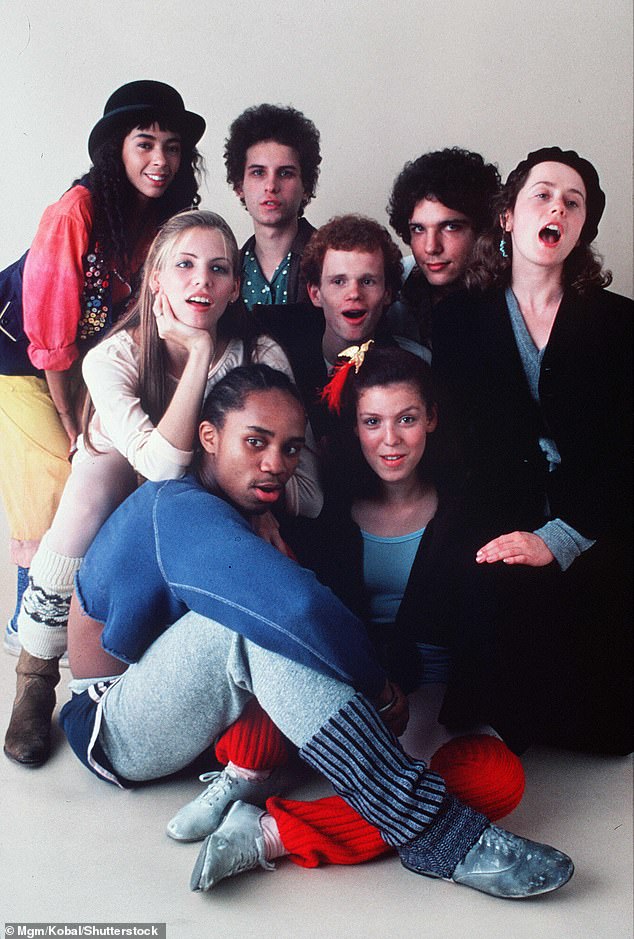 Pictured: Cara (far left) posing beside her fellow Fame actors in 1980. Her rendition of the theme song remains one of the most memorable tunes from a decade packed with classics 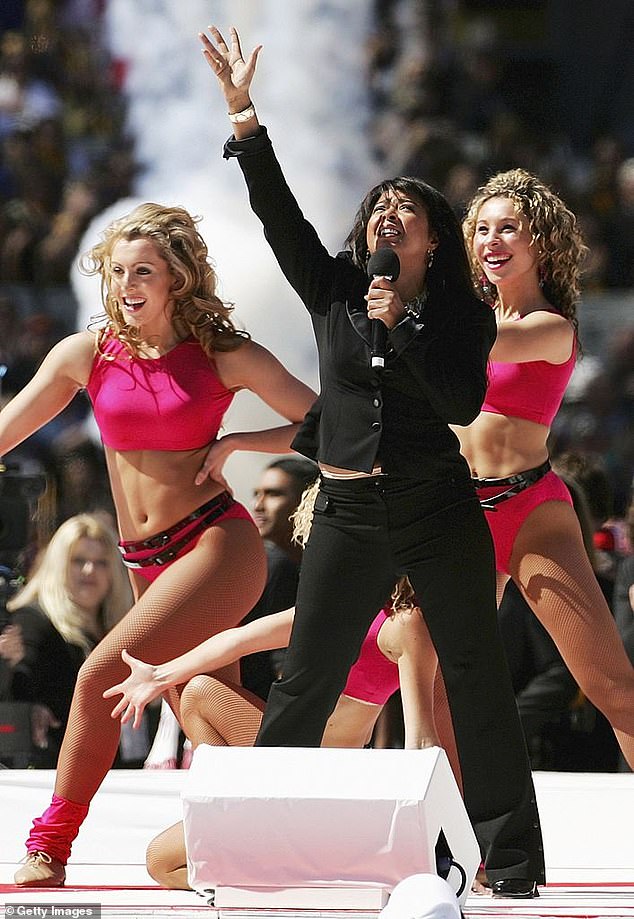 Despite her stardom peaking in the 1980s, Cara continued to perform throughout the decades. Pictured: Cara singing at the AFL finals in Melbourne, Australia in 2006 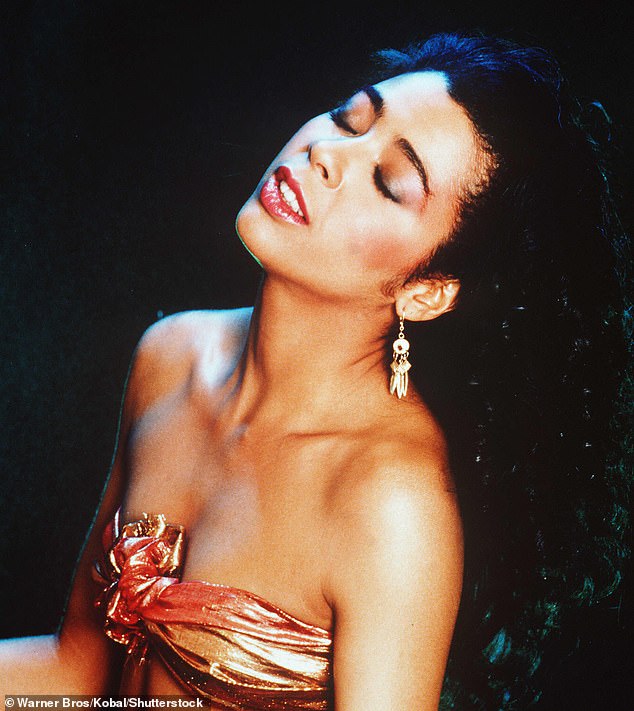 Irene Cara is pictured in 1984, the year she won a Grammy Award for Best Female Pop Vocal Performance 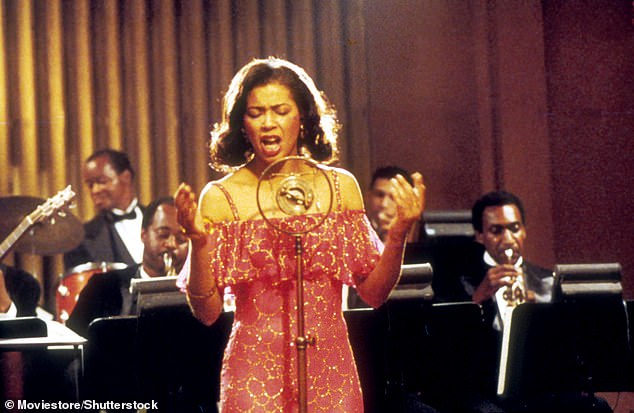 In 1984, she was in the comedic thriller City Heat, co-starring with Clint Eastwood and Burt Reynolds and singing the standards ‘Embraceable You’ and ‘Get Happy’

Born in the Bronx as Irene Escalera, Cara had humble roots – her mom Louise was a cashier, while her father Gaspar was a steel worker and musician.

Cara inherited her father’s talent, becoming a trained singer, actor and dancer who made many on stage and television appearances as a child, including on PBS and Johnny Carson’s The Tonight Show.

The performer then rocketed to fame in 1980 playing Coco Hernandez in the hit musical Fame.

Cara went on to win a Grammy and an Oscar in 1984 with the title track to Flashdance, which starred Jennifer Beals.

She fell out of the spotlight after suing her former record company during the 1990s over her earnings. That saw Cara awarded $1.5 million by a California jury in 1993. But she was shunned by the music industry as a result, and her career suffered.

When confirming Cara’s death, Moose wrote: ‘She was a beautifully gifted soul whose legacy will live forever through her music and films.’ 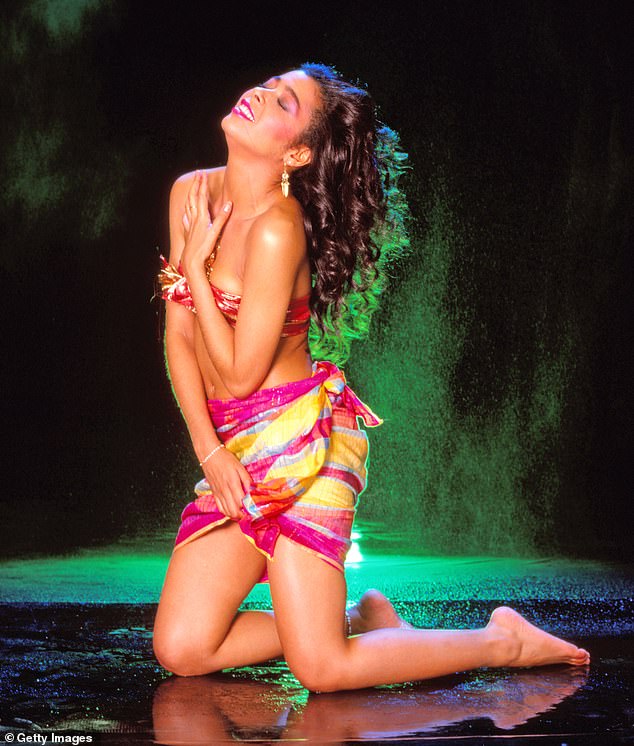 In 1983, Cara reached the peak of her music career with the title song for the movie Flashdance: ‘Flashdance… What a Feeling’ 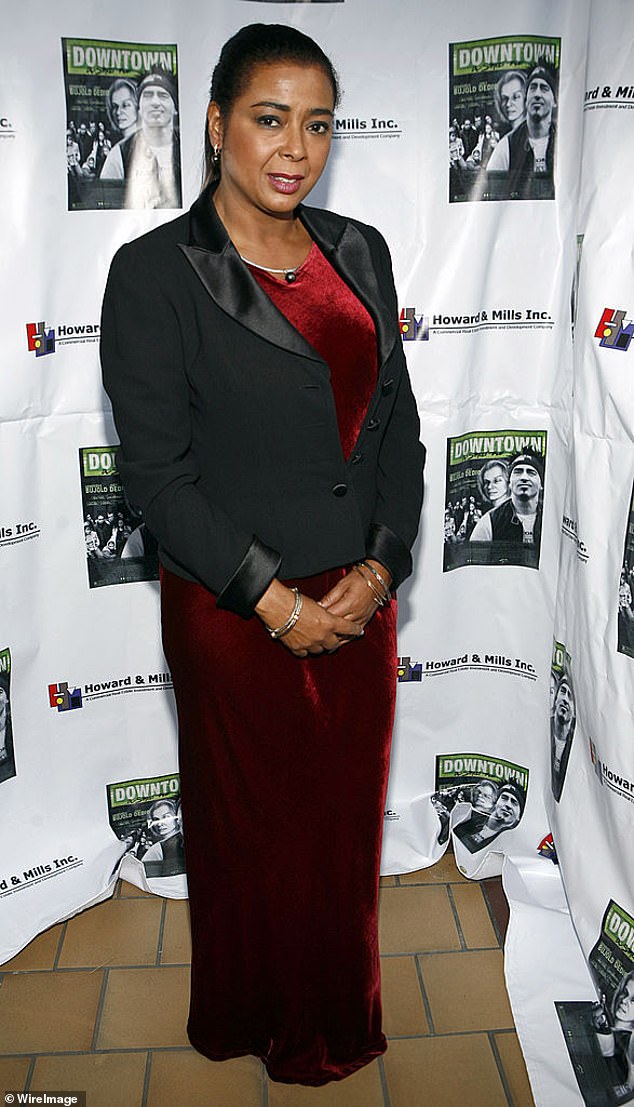 Pictured: Cara attending the Hollywood premier of Downtown: A Street Tale in 2004 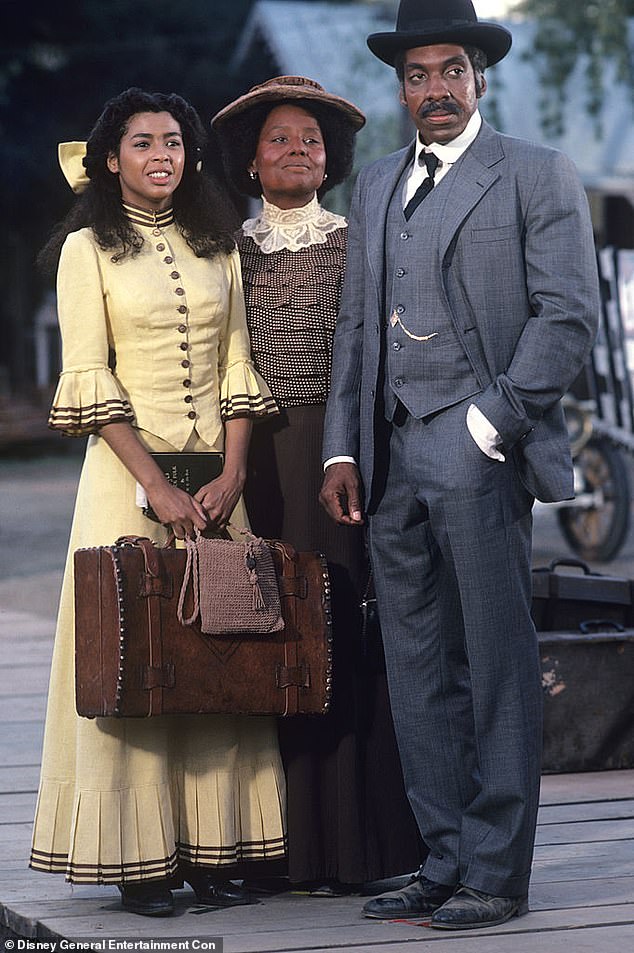 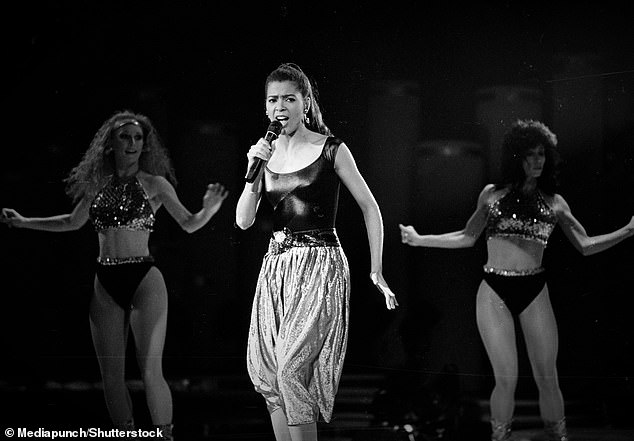 The youngest of five children, Cara made her debut on stage at the young age of three, earning a spot as a finalist for the Little Miss America Pageant in 1962.

The daughter of a Puerto Rican and Cuban-American, Cara did a stint of appearances on Spanish-language TV shows before becoming a regular on PBS’s educational program, The Electric Company.

Along with her television work, Cara performed on a slew of off-Broadway productions, and her first big role came as the titular Sparkle Williams in the 1976 musical drama film, Sparkle.

Prior to Fame, Cara also had a starring role in the 1979 sequel to the classic Roots TV miniseries.

Although her stardom peaked in the 1980s, Cara continued to perform throughout the decades, appearing in films such as D.C. Cab, City Heat and Downtown, A Street Tale. 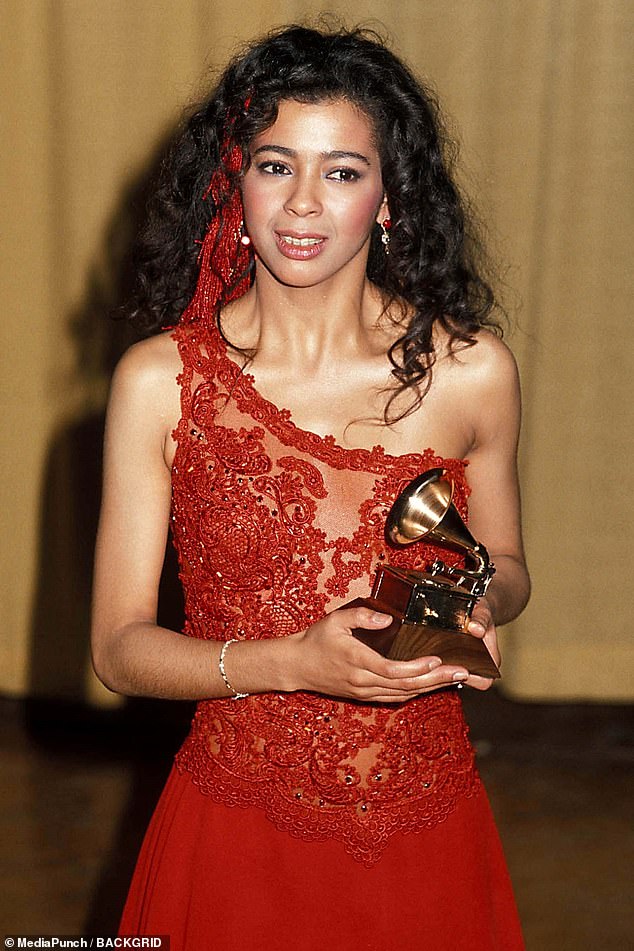 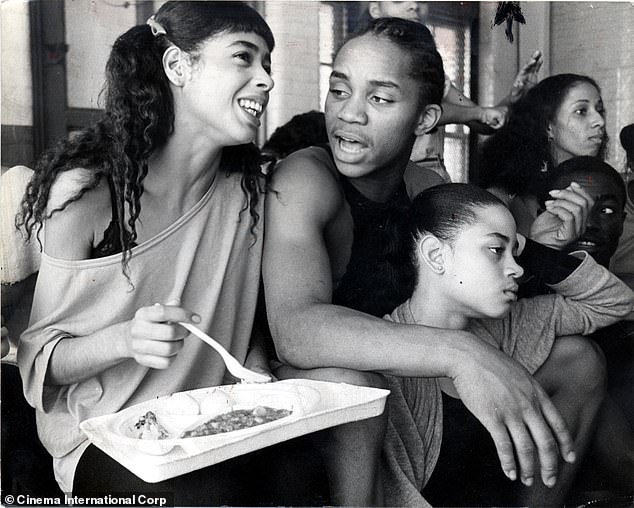 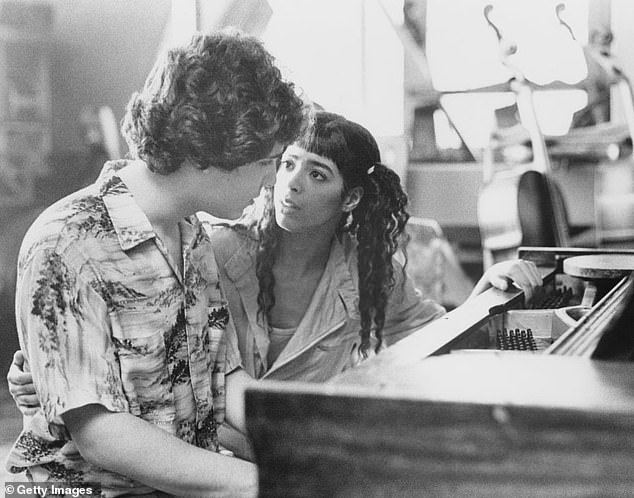 Cara was beloved for her performance singing the titular track Fame. She is pictured alongside Lee Curreri, who played Bruno

Time to say goodbye: EU on alert as Italy’s biggest eurosceptics TEAM UP for Italexit