‘The lawyer’s in it for personal gain.. it harms all real victims’: Nelly lashes out at attorney for UK woman who accused him of sexual assault, and insists he’s fully co-operating with cops

Nelly has fired back at the lawyer representing his UK rape accuser, saying she is ‘hurting all women’ after she slammed British police for treating the alleged victim as a suspect.

The singer was accused of molesting a female fan following his performance in Essex, England in December 2017 – claims he has strongly denied.

A lawyer acting for the woman later wrote to the county’s police force, listing a series of complaints she has about the investigation, including that officers were being intimidated by the rapper’s legal team.

Now Nelly, 44, has said in a statement to TMZ that he believes the lawyer is motivated by financial and personal gain. 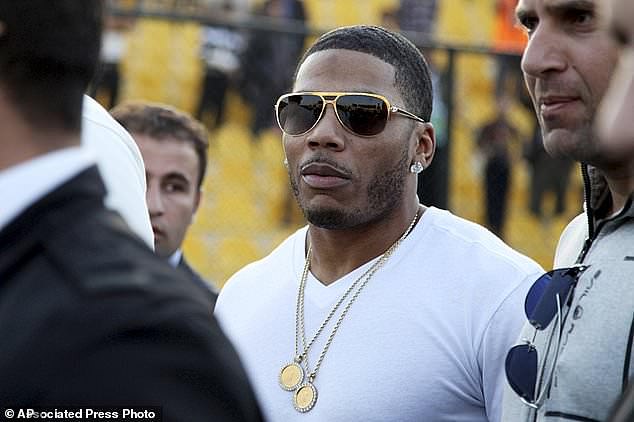 The US rapper Nelly (pictured)  is accused of sexually assaulting a fan following a UK performance in 2017. He denies the woman’s allegations. After the woman’s lawyer hit out at the long-running police investigation, the rapper said she was doing a ‘disservice to women and true victims’

He said: ‘Not only is this attorney continuously damaging my reputation to forge ahead with civil suits to get money, she is doing a severe disservice to women and true victims that need a safe system to report assaults against them.’

‘By running to the media for her own gain, she is creating the misconception that true victims would be under intense scrutiny and bullied by the police intended to help and protect true victims.’

Nelly added he is ‘fully cooperating on every level’ with the UK law enforcement, and advised others to do the same.

‘I would also advise my own two daughters to report and fully cooperate with authorities no matter what the circumstances are and how difficult the process may become if you are truly a victim of such a heinous crime,’ he told TMZ. 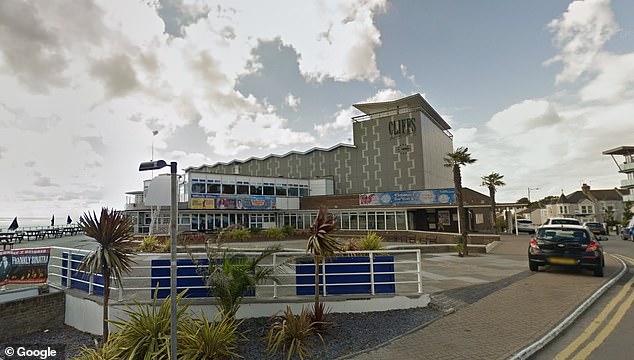 The claims date back to December 2017, when Nelly played at Southend’s Cliffs Pavilion in Essex, England (pictured)

The woman alleges that after she and her friends joined Nelly in his dressing room after the show, he took her into another room where he performed a sex act on himself, tried to kiss her and pushed her head down towards his crotch.

She is said to have then run from the room, and later filed a complaint against him with police.

On behalf of the alleged victim, the lawyer hit out at the length of time the investigation was taking – questioning why it took them around a year to interview Nelly. 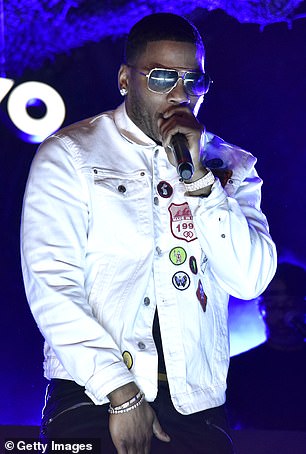 Nelly maintains that he is ‘fully cooperating on every level’ with the UK law enforcement, who have been slammed taking a year to interview him by the alleged victim’s lawyer

The woman was also reportedly upset that detectives asked to view her phone records and emails and came to her house ‘unsolicited’.

Responding to Nelly’s statement to TMZ, the attorney said: ‘The smear statement written by Nelly’s PR team is Exhibit A as to why women who claim sexual assault against a celebrity will not come forward.

‘Nelly did not give a statement for over an entire year despite his attorneys being contacted by Essex Police.’

‘Since when would police in the US wait more than a year to talk to a suspect in a full blown sexual assault investigation? That would be never,’ the statement added.

Essex Police have not commented on the woman’s complaints about the investigation, but confirmed that they had received the lawyer’s letter and would be ‘engaging with both parties in due course’.

A spokesman for the Chelmsford-based force said: ‘Our enquiries are ongoing after reports of a sexual assault in Station Road, Westcliff, on December 5, 2017. A 44-year-old man was interviewed voluntarily in connection with this incident.

‘We can confirm we have received communication from a solicitor regarding the case and will be reviewing this investigation and engaging with both parties in due course.’

Mr Rosemblum said: ‘Nelly is confident that once investigated, these claims will be determined to be disingenuous.

‘Nelly was accompanied by his girlfriend during this tour and she was at his side throughout. It is important that police investigate every allegation of this nature.’

The woman’s complaints against the force seem to be partly based on their attempts to examine her phone and email records.

However, the investigation follows a series of high-profile cases in which police and prosecutors have been criticised for failing to promptly examine and disclose messages sent by alleged victims involved in sex attack cases.

Police sources say detectives looking at sex cases ask for whatever records they deem necessary and carry out as many interviews as they believe are needed to complete a thorough investigation.

Remains of British ‘Shogun’ samurai found 400 years after his death