BRASILIA (Reuters) – Brazil’s new far-right President Jair Bolsonaro has stumbled out of the gate with infighting, policy flip-flops and confusion in his one-week-old government, raising concern among investors about his ability to carry out pressing fiscal reforms. 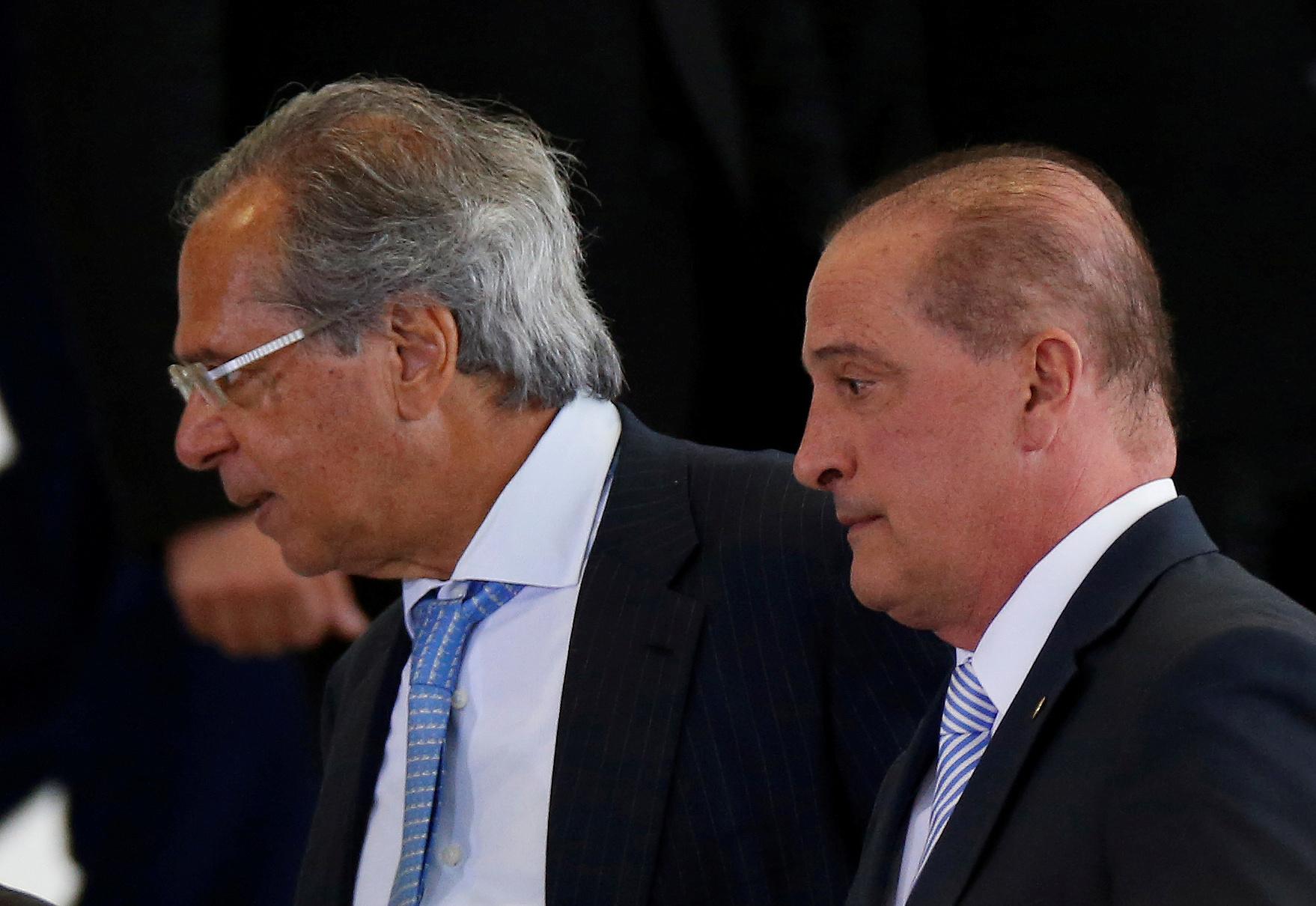 Divisions have quickly emerged between his political and economic teams over plans to overhaul a messy tax code and costly pension system to bring a high budget deficit under control.

Bolsonaro’s comments in interviews and Twitter posts have also been at odds with senior aides, a red flag for investors who expected the government to arrive focused on a swift pension reform to shore up its finances before tackling an array of hot-button social issues and foreign policy proposals.

On Friday, for example, Bolsonaro told reporters he was increasing the tax on financial operations and cutting the highest income tax rate. That prompted a quick denial from an undersecretary to Economy Minister Paulo Guedes, with Chief of Staff Onyx Lorenzoni later saying the president was mistaken.

The back-and-forth unsettled investors who had been pleased at the team of orthodox economists assembled by Guedes, many of whom are fellow alumni of the University of Chicago’s free-market school of economics.

While many domestic investors remain bullish, foreigners with other options have been more cautious about Brazil.

“They are less likely to put money into a country where you have a finance secretary saying that what the president just said makes no sense,” he said. “We are not seeing this government’s members marching to the same tune.”

Brazil’s stock market has been one of the best performing in the world over the past six months, with the benchmark Bovespa stock index .BVSP climbing 25 percent as Bolsonaro won election in October and appointed his market-friendly cabinet.

Brazil’s currency BRBY and stocks extended a rally into the new year, but gains have slowed as questions mount.

Confusion about pension reform, which Knijnik called the keystone of the president’s economic agenda, has been especially unsettling for financial markets.

Bolsonaro proposed in an interview with the SBT television network that the new minimum retirement age would be 62 for men and 57 for women, higher than now but lower than ages proposed by the previous government.

Investors read that as a sign that he could water down the bill written by the prior government to limit the political costs, easing passage through Congress but requiring further legislation down the road.

Guedes has said he favors a tougher proposal that may be politically difficult but would make a larger and more lasting impact on public debt, which has soared to 77 percent of gross domestic product.

“The political and economic teams are at odds. There is a lack of cohesion and even coordination between President Bolsonaro’s closest aides,” said Leonardo Barreto, head of Brasilia-based political consultancy Factual.

Guedes is taking an all-or-nothing approach to fiscal reforms, while Lorenzoni has signaled he would make concessions to lawmakers to shore up political support, said Barreto.

Bolsonaro has already faced disagreement from the armed forces over his suggestion that Brazil could host a U.S. military base.

Investors fear the government will turn first to the social issues dear to Bolsonaro’s conservative electoral base, burning political capital needed for the unpopular pension reform.

“After they pass pension reform, then they can deal with all the ideological stuff they talk about, like girls wearing pink and boys blue,” Knijnik said.