His Royal Hiveness: New honey from Prince Charles’ own bees on his country estate is already creating a buzz… but it costs £25 for a 350g jar

It is no wonder it’s already creating a buzz – for a new honey from Prince Charles’s own hives on his country estate is bound to be the bee’s knees.

There is, however, a sting in the tail… it costs £25 for a 350g jar. Four hundred pots went on sale this week, with all proceeds going to charities supported by Charles.

The WBC hives – named after their inventor Victorian apiarist William Broughton Carr, who popularised the design in the 1800s – remain cool in summer but warm in winter. 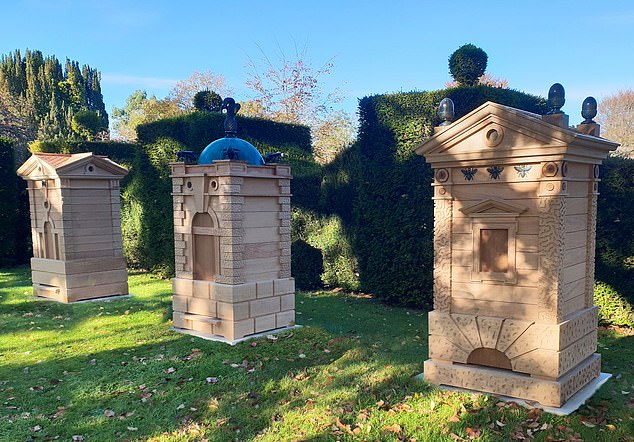 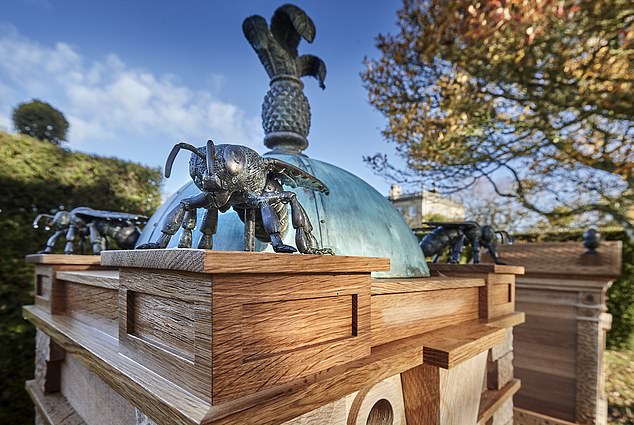 The three specially commissioned double-walled hives (above), which live within Charles’s Gloucestershire gardens, apparently took almost a year to construct by hand

They were, the Mail understands, a 70th birthday gift to Charles from upmarket London food store Fortnum & Mason.

The three hives – which can each hold up to 50,000 bees in the peak summer months – were apparently commissioned to three specific designs and took almost a year to construct by hand.

They are reminiscent of a grand country home and resemble houses on Charles’s Poundbury development.

One features a distinctive blue dome with the Prince of Wales’s feathers and four giant bees on top, while another has large decorative stone ovals and intricate carvings.

Highgrove Royal Estate Honey is said to have a distinctive lime pollen flavour and be ideal for spreading on toast.

Its unique taste comes from nectar collected by the bees, which in spring comes from the hedgerows that Charles has rebuilt at Highgrove and in summer from an avenue of 66 red-twigged lime trees which were a gift from the Duchy of Cornwall in 1994.

The honey is being sold online via the Highgrove Gardens website, with all profits to the Prince of Wales’s Charitable Fund. The website sells other honeys, starting at a more affordable £5.95 a jar.

Charles has been master of Highgrove for 40 years and turned the gardens, which are opened each year to the public – also for charity – into an organic oasis. 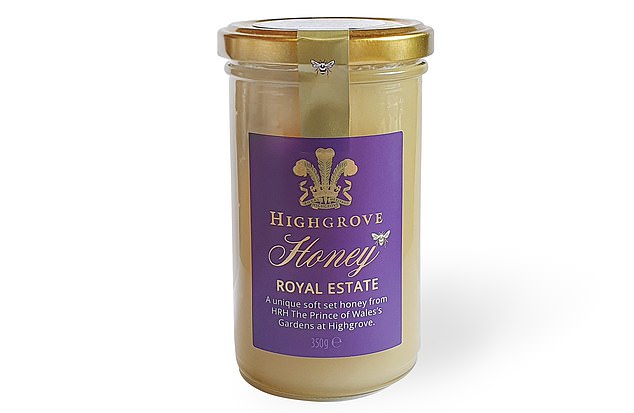 The honey from Prince Charles’s hives at Highgrove has gone on sale for £25 for a 350g jar, with the proceeds going to charities supported by Charles 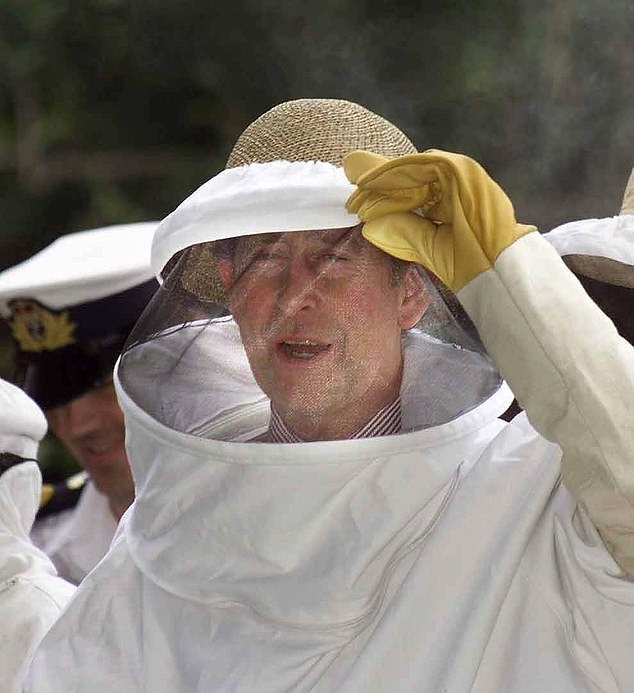 He is known to be a keen apiarist, keeping bees both at Highgrove and his nearby Home Farm near Tetbury.

Nearly one in ten of Europe’s wild bee species are facing extinction due to habitat loss, climate change, toxic pesticides and disease.

The prince is so concerned by the worrying national decline in bees that he has filled the gardens at Highgrove with plants attractive to pollinators.

Charles’s wife Camilla has launched her own charity honey, produced in late spring by the bees in her Wiltshire garden.

She produces a limited number of jars each year which are sold by Fortnum & Mason.

Camilla is president of Bees For Development, which encourages beekeeping in developing countries as a means of enabling local communities to support themselves and develop sustainable businesses.

Sales of gourmet honey are on the rise and this week it was revealed that honey is a better treatment for coughs and colds than antibiotics.

French 'yellow vests' rally in fresh round of protests