‘Families should keep more of their money’: New policy chief wants to bring down taxes and cost of living and make economy more competitive

Andrew Griffith, MP for Arundel and South Downs, was appointed head of the No 10 policy unit last week after the resignation of long-time adviser Munira Mirza.

Setting out his priorities, Mr Griffith said he wants to bring down the cost of living and make the economy more competitive.

In an article for the ConservativeHome website, the former TV executive said: ‘A competitively regulated, low tax and high skills economy trading globally has always been the right combination for economic success.’ 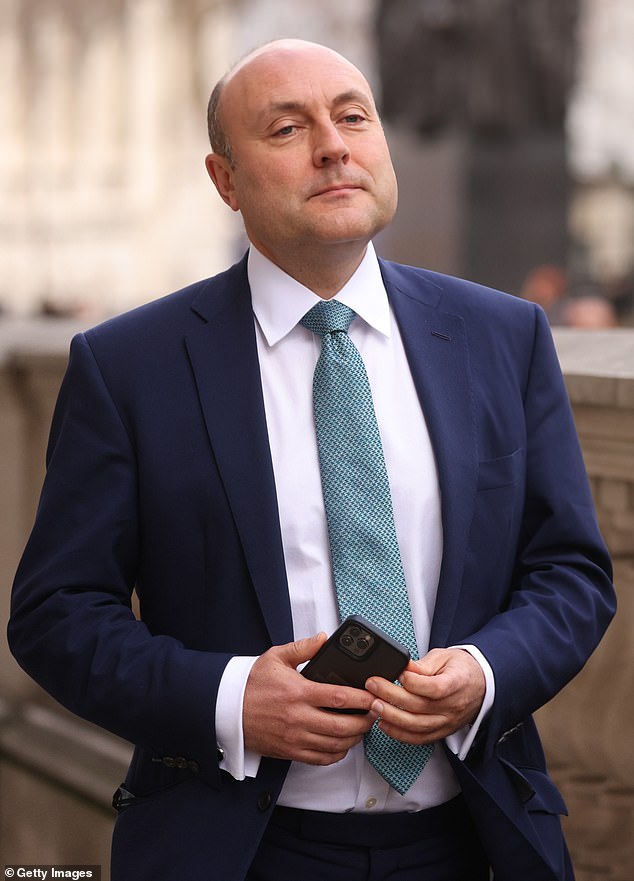 In an apparent dig at the BBC, he said the Tory party should be the ‘hive mind’ of centre-Right policy development.

He added: ‘In the battle of ideas, we remain an insurgent force: Outgunned by the hegemony of Left-wing orthodoxy that often lurks without challenge within swathes of the cultural and education establishment and in the state supported media.’

His comments came as Downing Street confirmed that special adviser Henry Newman, a close friend of Carrie Johnson, has left No 10.

The PM’s spokesman said Mr Newman is returning to work for former boss Michael Gove and left in a ‘mutually agreed decision with the Prime Minister’. 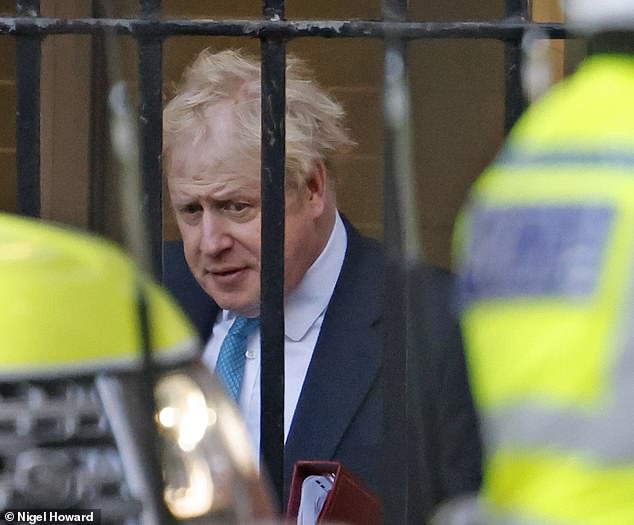 The Prime Minister made key changes over the weekend, appointing Chancellor of the Duchy of Lancaster Steve Barclay as his new chief of staff and journalist and long-time ally Guto Harri as his head of communications.

Downing Street also said there would be further personnel changes ‘in the coming days’, with roles including No 10 permanent secretary and principal private secretary yet to be filled.

Mark Spencer is set to be moved from his post as chief whip later this week in a ‘mini reshuffle’ as Mr Johnson tries to rebuild bridges with his MPs. And some of new chief of staff Steve Barclay’s role will be ‘shared among Cabinet Office ministers’.

Yesterday afternoon he addressed No 10 staff – including cleaners and security staff – with Mr Griffith and communications chief Guto Harri.

Mr Barclay said he ‘never envisaged’ working in Downing Street, with his parents leaving school at 15 and 16, and thanked staff for their hard work during recent difficult weeks.

Sources said he told staff that he wants to focus on making people’s lives better and on creating an environment that is ‘mutually supportive of each other’.

Mr Ellis said Mr Barclay has been given ‘additional responsibilities’, remains a member of the Cabinet, and will ‘promote levelling up whilst also playing a senior coordinating role in No 10’ under the direction of the Prime Minister.

Family of British jihadi ‘Hungry Hamza’ plead for his return

Amazon VP quits his job at firing of coronavirus whistleblowers