The homeless man reportedly boasted to police about being released.

A New York City man was arrested for allegedly robbing a woman at knifepoint in the subway on Nov. 22, was released hours later without bail and then proceeded to steal an iPhone from another woman on the subway the next morning, officials said.

Augustin Garcia, 63, is facing charges of petit larceny, grand larceny, robbery, menacing, criminal possession of a weapon and criminal trespassing. He allegedly stole a woman’s purse on the afternoon of Nov. 22 and ran onto a train, then “displayed a knife and told her to stay back” when she pursued him, according to a criminal complaint.

After he was arrested, prosecutors requested a $15,000 cash bail or a $45,000 bond, but Judge James Clynes let him go on supervised release just after midnight on Nov. 23, the Manhattan District Attorney’s Office told Fox News. 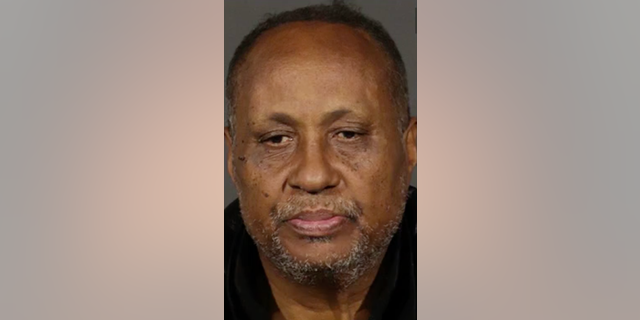 Prosecutors asked for Augustin Garcia to be held on a $15,000 bail after he was arrested for robbery last week, but he was released without bail and was arrested for theft just hours later.
(NYPD)

Garcia was arrested again about seven hours later for allegedly stealing from the second victim and prosecutors upped the request to a $20,000 cash bail or a $60,000 bond, but Judge Valentina Morales ordered him to undergo a mental health evaluation.

Jose Garcia, Augustin’s brother, told the New York Post, who originally reported the crime spree, that his brother used to be “sharp as a weasel” and worked as a supervisor at a welding company, but was diagnosed with schizophrenia about 35 years ago and has never gotten the help he needs.

“My brother is a sick person,” Jose told the newspaper. “When he goes to the hospital and is committed there, sometimes for a month or two, he sometimes doesn’t get the treatment completely, and they release him. And once they release him, the problem comes back again.”

The day before the first robbery, Augustin was also arrested for allegedly stealing a 12-pack of beer from a bodega in the Bronx, according to the Post.

After one of the arrests, he reportedly boasted to cops that he knew he’d be released.

“I know I’m getting out,” Garcia told officers at the Fifth Precinct station house, according to the Post. “I have no record.”

An attorney listed in court documents for Agustin Garcia could not be reached for comment on Monday.