WORSHIPPERS prayed a gunman would run out of bullets during a murderous rampage at a New Zealand mosque which left survivors covered in blood.

Others told how they played dead as the killer walked from room-to-room and opened fire on those hiding inside. One schoolboy caught up in the middle of shootings has described the blood-curdling "screams" amid the bloodshed.

Idris Khairuddin revealed Friday prayers were just about to start when multiple gunshots shattered the peace.

At least one terrorist opened fire at two mosques today murdering 49 people and injuring 48 others in a sickening attack.

Shooters executed Muslim worshippers in Christchurch during prayers – with one live-streaming the slaughter on Facebook in a 17-minute video.

"At first I thought it was just like construction work or something, then people were all running and screaming," said 14-year-old Idris.

What we know so far:

"My uncle got shot in his backside, I am just praying it is not too serious."

"This week is the first time I went to the mosque…I am still shaking, and I am traumatised," Idris said.

One man who was inside the Al Noor mosque – the scene of the deadliest shooting – told reporters there would normally be dozens of people worshipping inside.

The witness, whose clothes had been splattered with blood, said the shooting lasted for about 20 minutes as the gunman calmly went from room to room.

He said he was one of the last people to leave the mosque – and had prayed that the gunman would run out of bullets.

"It took me half an hour before my shaking stopped," the survivor added. "I don't know whether my brother is safe or not."

WHO WERE THEY? Confusion over suspects in mosque massacres

AT least 49 people were today killed when shots were fired in two mosques in New Zealand.

Amid the chaos, conflicting reports have emerged over just who was responsible over the horrific attacks.

Initial reports suggested there were two gunmen involved as police were called to the two Christchurch mosques just 10 minutes apart.

However, it is unclear how many suspects were involved in the shootings that has left the city in shock.

New Zealand Police Commissioner Mike Bush confirmed four people had been arrested by cops in the aftermath of the shootings.

One was initially reported to be wearing a suicide vest, but police later discounted that theory.

One man, a 28-year-old, has been charged with murder and will appear in court tomorrow.

Police confirmed two other people had been apprehended, with authorities "working to understand what their involvement is", Commissioner Bush said.

The fourth person is believed to have been armed at the scene, but it is not clear if they were involved in the attack. They remain in custody.

New Zealand and Australian authorities have both confirmed the suspects had not been on agency watch lists.

Another witness, Len Peneha, said he saw a man dressed in black enter the Al Noor mosque – with people running away in terror.

He also claimed that he saw the gunman flee before emergency services arrived on the scene.

Another eyewitness has told 1 NEWS the gunman herded people into a corner of one of the mosques and "continued to fire".

Yasmin Ali watched the sickening live stream and told reporters: "I watched him shoot a man who is like my granddad. He shot us like we are animals".

A tradesman who was driving past the Al Noor mosque described the horrific scene.
He told Radio New Zealand he saw “people running for their lives” and heard “rapid fire” from a semiautomatic weapon.

RUNNING FOR THEIR LIVES

“There was one little girl, probably about five, she’d been shot and her father,” he said.

He said with it taking 10 to 15 minutes for emergency services to arrive so they had to act fast.

“We managed to get the five-year-old on the back of one of the vehicles before the ambulance came, she was critical,” he said.

“The man passed away in his (colleague’s) arms. It was surreal.”

The contractors stayed for more than an hour, even when the shooter was still at large.

“The shooter came out chasing people running away,” he said.

“While my worker was nursing one of the victims there was more shots inside the mosque.

“We were very vulnerable but in a situation like that you don’t think about yourself.”

One person who saw the shooting at the Al Noor mosque described on Radio New Zealand what happened when the gunman entered the gates.

A former president of the mosque said a short man, wearing a helmet and glasses with his face covered entered the mosque.

He said the gunman was carrying a M16 or assault rifle with white writing on the barrel.

He asked the gunman “what are you doing?”, but added that “the man did not say a word”.

The gunman then opened fire at people as they took their shoes off at the mosque’s entrance.

He said he saw five people killed, including a five-year-old boy. He said the shooting lasted for about 20 minutes.

The eyewitness said about 300 people were in the mosque at the time.

He said people tried to find places to hide and about 30 to 50 people were lying on the ground.

“Bullets were all around the shooter as he shot,” the witness said.

“All of them were shot down — all of them. I’ve seen five people dead.”

The man said some people were asleep during their prayers while others tried running.

Another at the same mosque told The Sydney Morning Herald he saw children being shot and added, “there were bodies all over me”.

The newspaper reported that one man escaped, only to see his wife lying dead on the footpath.

Another witness at Al Noor mosque with blood splatters across his shirt told AAP the shooter changed magazines seven times after opening fire as the crowd gathered to pray ran for the door.

“He went to all the different (rooms) and he shot everyone,” he said, saying he had laid under a bench to pretend he was dead. 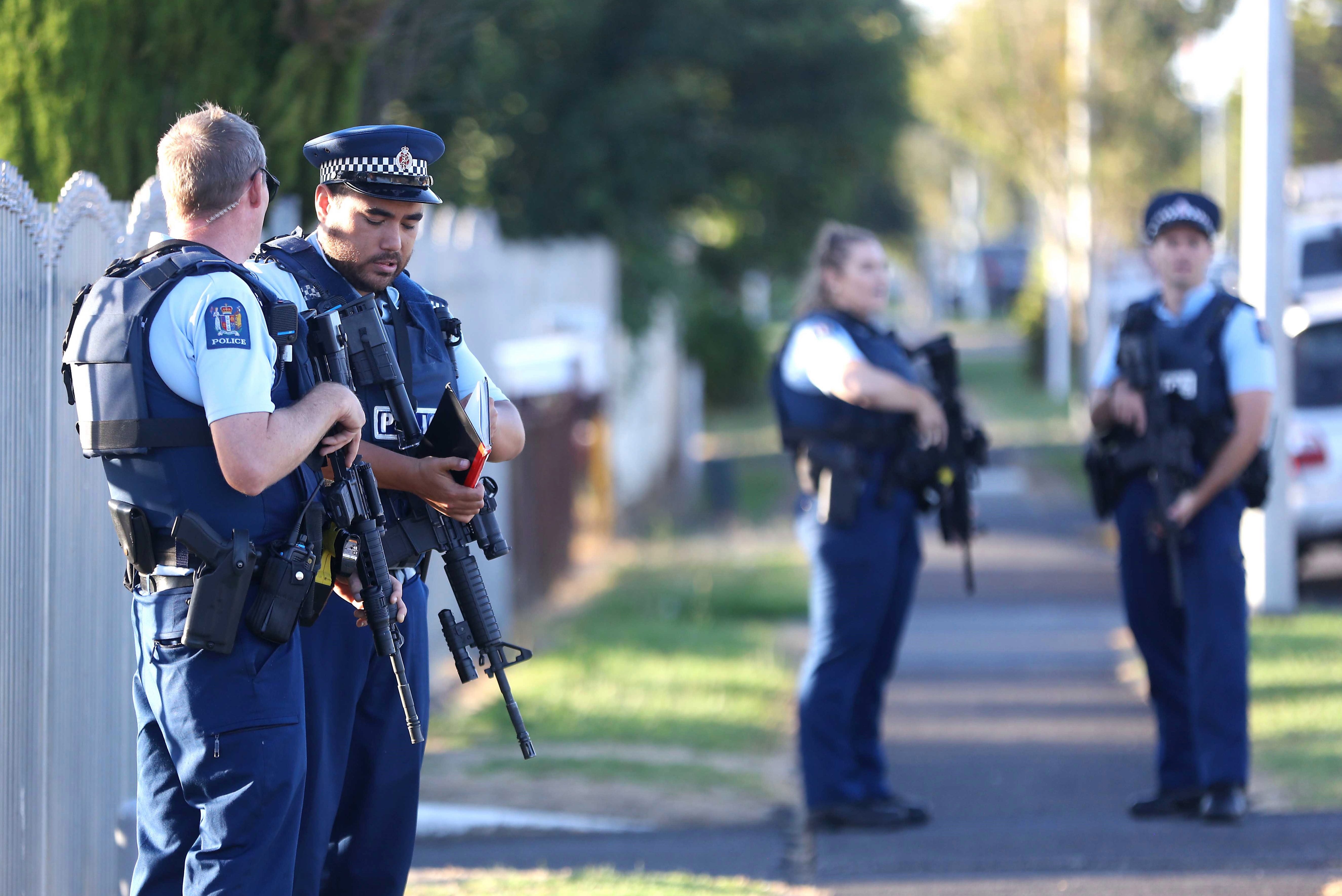 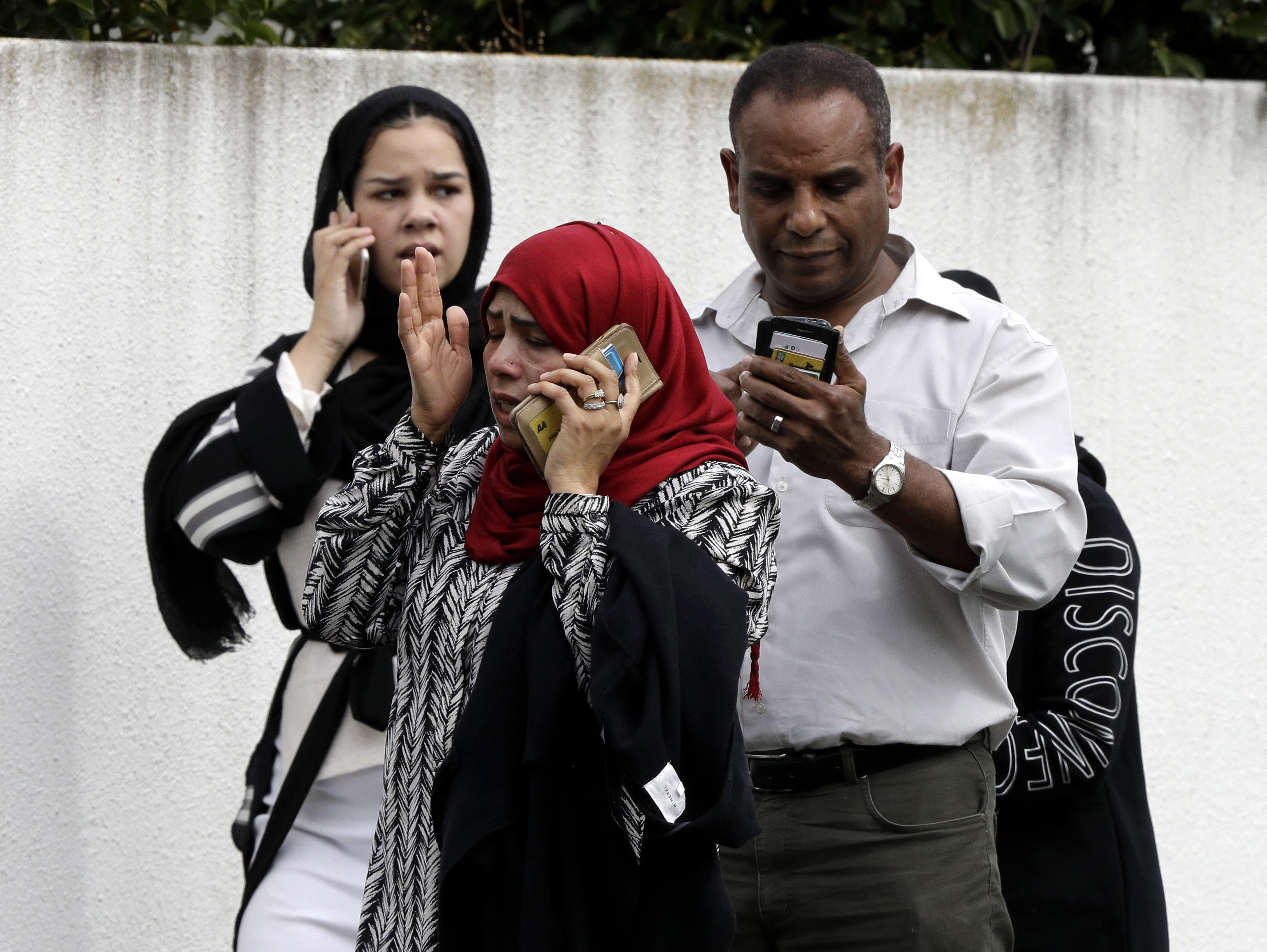