Home » World News » Newcastle, Leeds and Merseyside among 9 Covid hotspots at risk of local lockdown after being added to watch list

MILLIONS of people could go into local lockdowns after Newcastle, Leeds and Merseyside were among the coronavirus hotspots added to the Government's watch list.

The areas are among nine now being kept under closer review after a surge in cases. 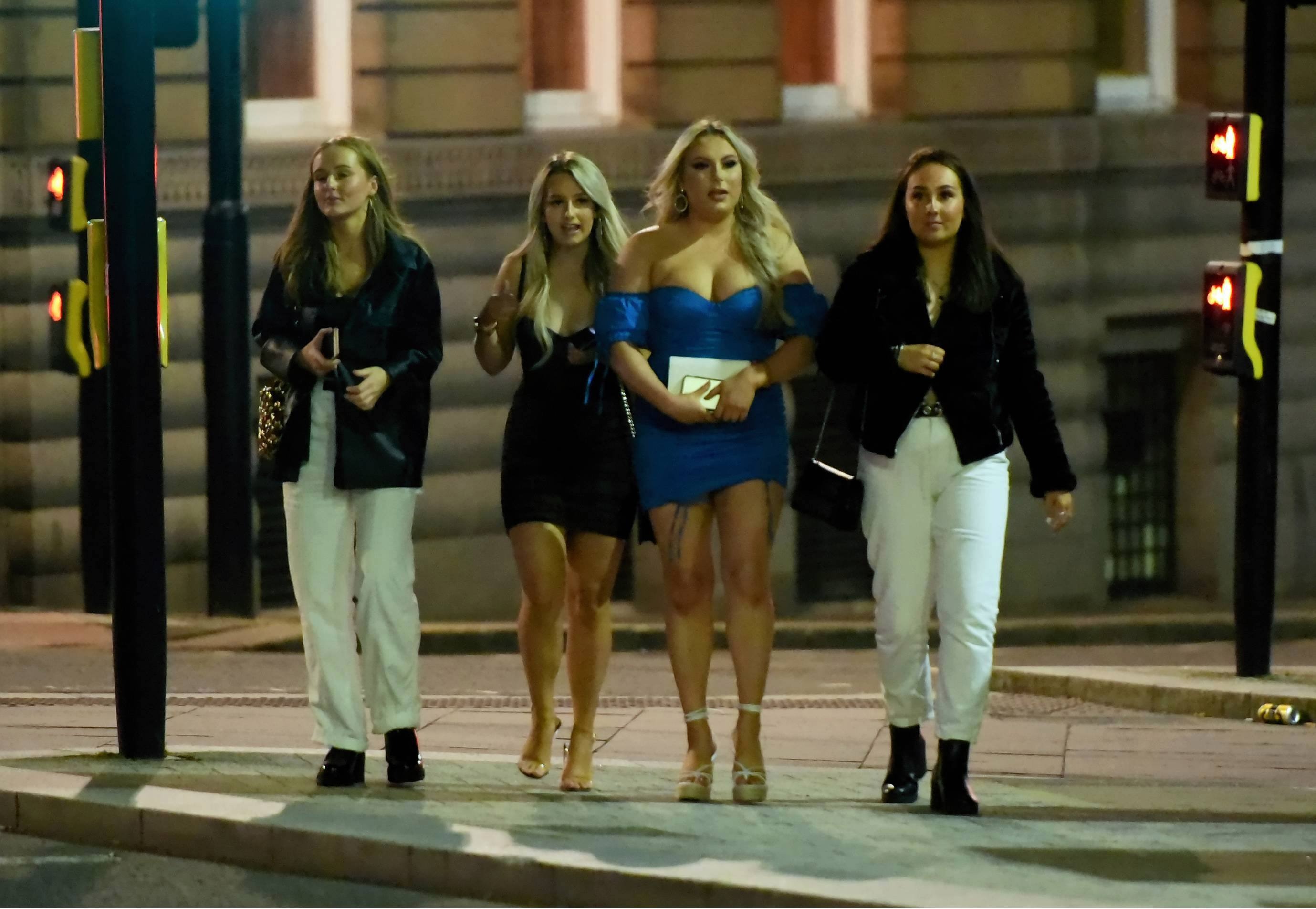 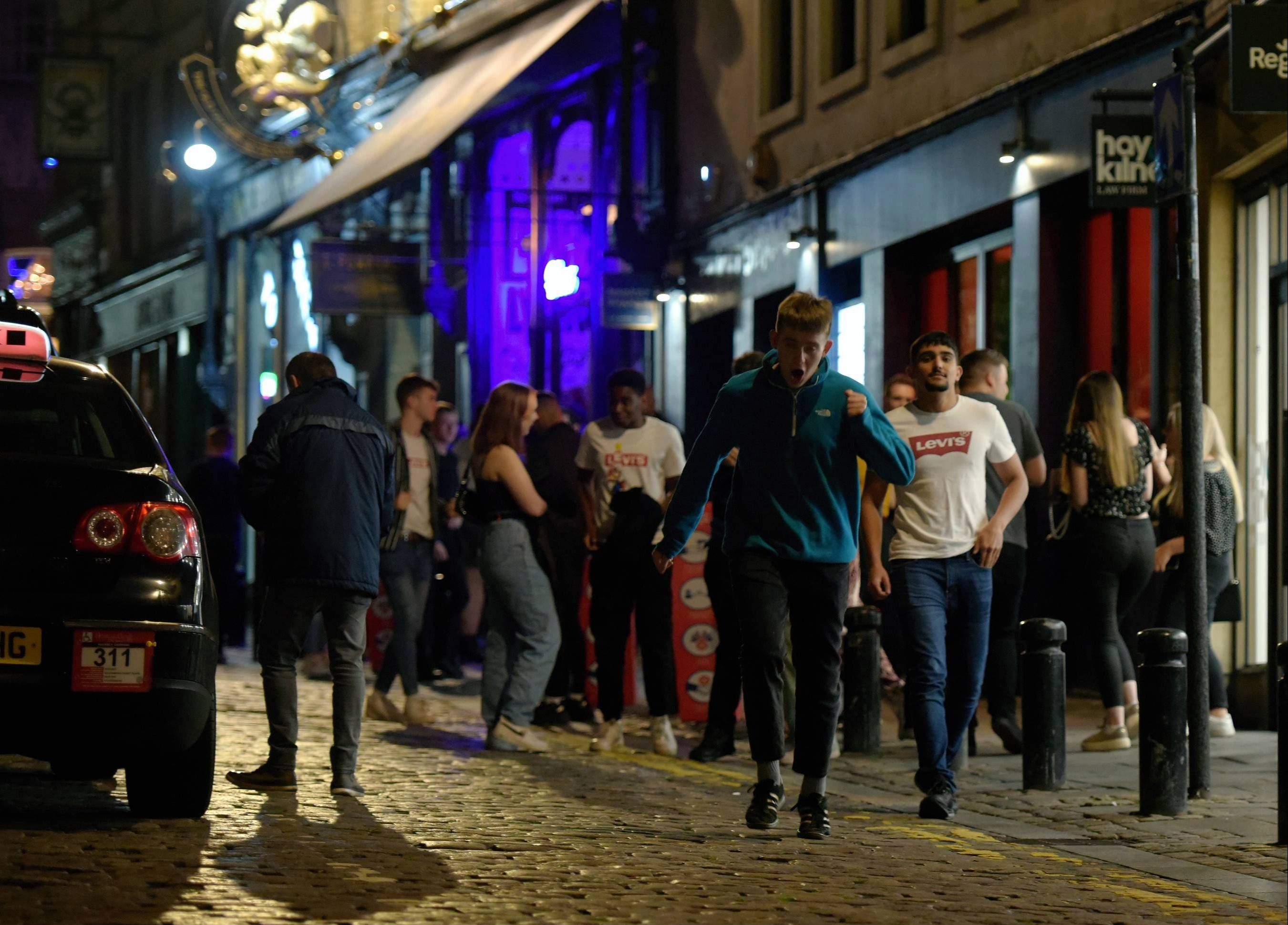 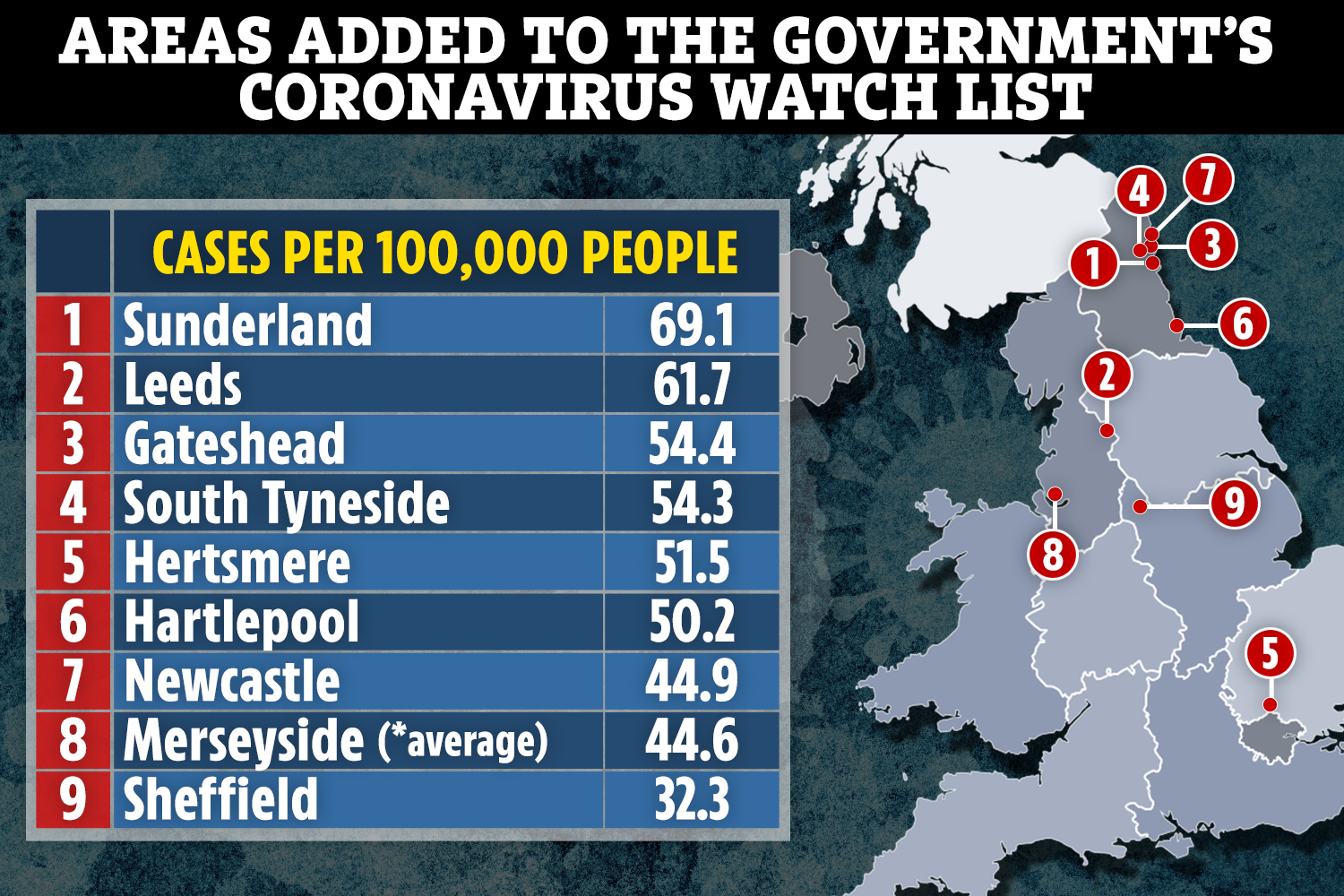 It raises fears that tougher shutdown measures will be enforced after a ban on households meeting indoors in Birmingham, Sandwell and Solihull was yesterday announced.

It means the Government is actively looking at ways to control the virus, with extra testing in place.

Hartlepool, Sheffield, Hertsmere and all of Merseyside have also been added to the watch list for the first time as 'areas of concern'.

That means cases are being carefully monitored – and further interventions are likely.

Meanwhile, a ban on households mixing indoors will remain in place across Greater Manchester and parts of West Yorkshire.

New figures show the number of people who have tested positive for the seven days to August 30, and again until September 6

In better news, some businesses in Leicester have been given permission to reopen after increased measures were put in place in the city.

Northampton has been moved down the list after reports of new cases slowed, while Kettering, Oadby and Wigston and Luton have been removed altogether.

New stats for the rolling seven-day rate of new cases of Covid-19 for every local authority area were released this week.

The Government considers quarantine measures for any country with a rate of cases higher than 20 per 100,000 people.

Council leader Graeme Miller said there would be "enhanced support" rather than restrictions. 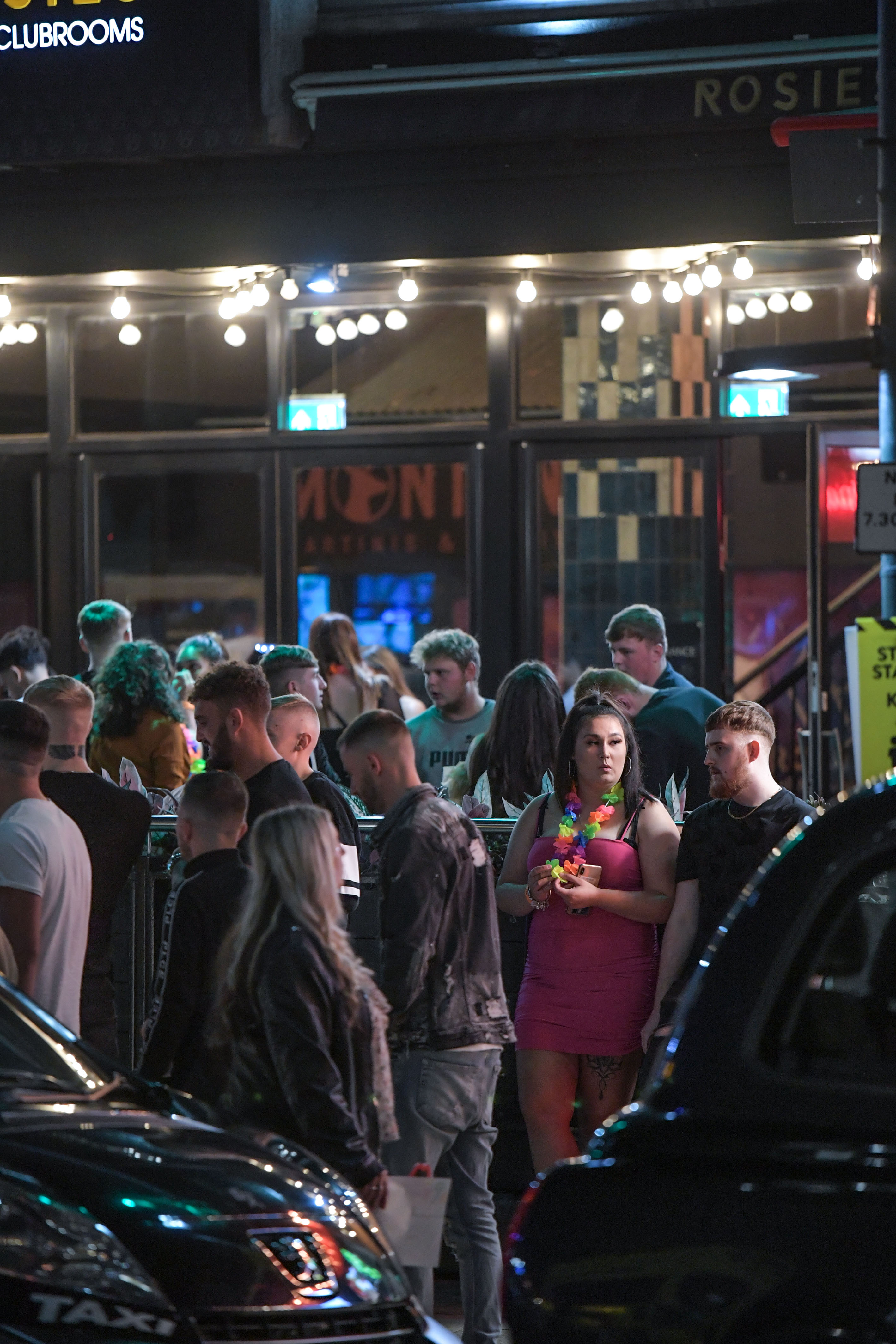 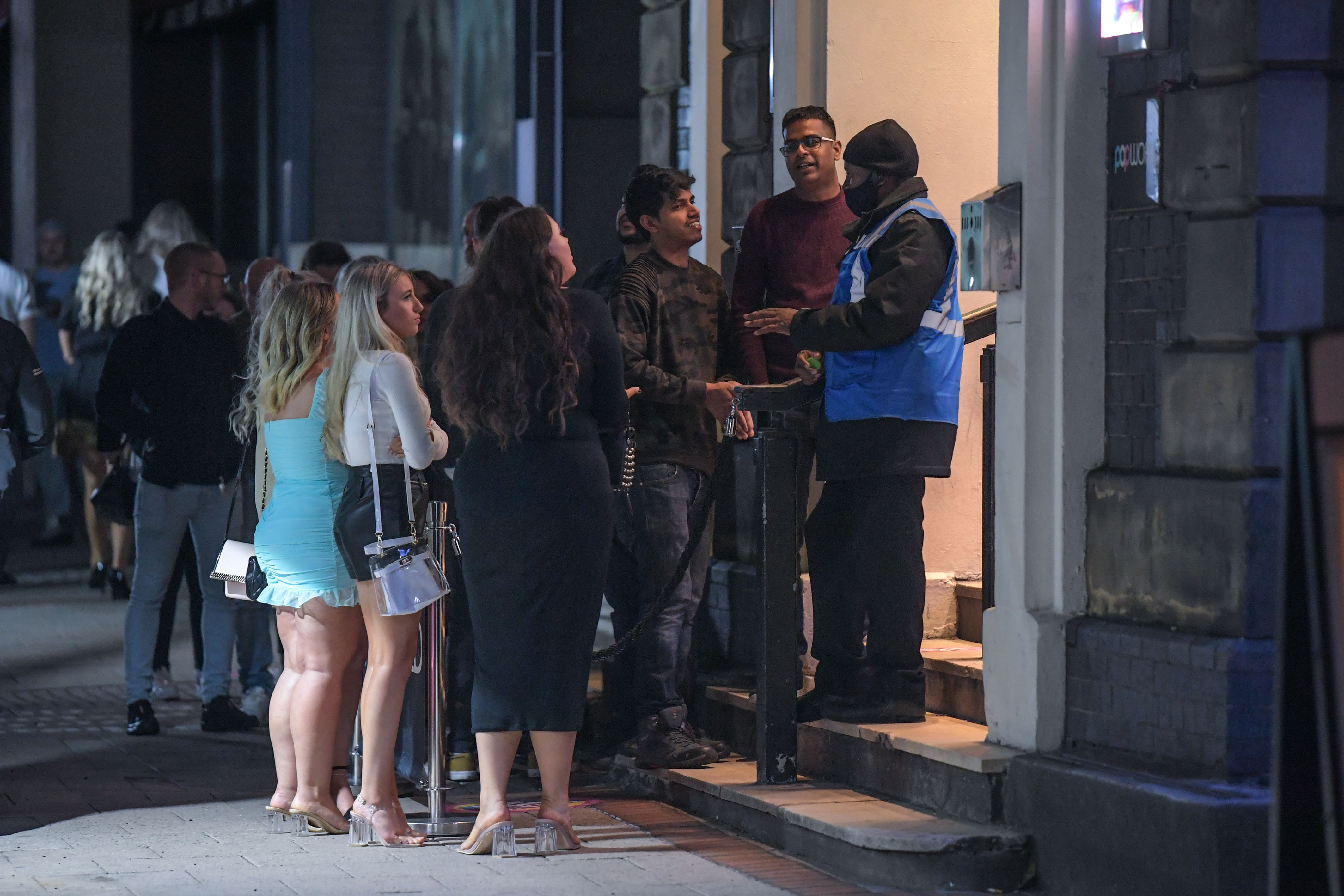 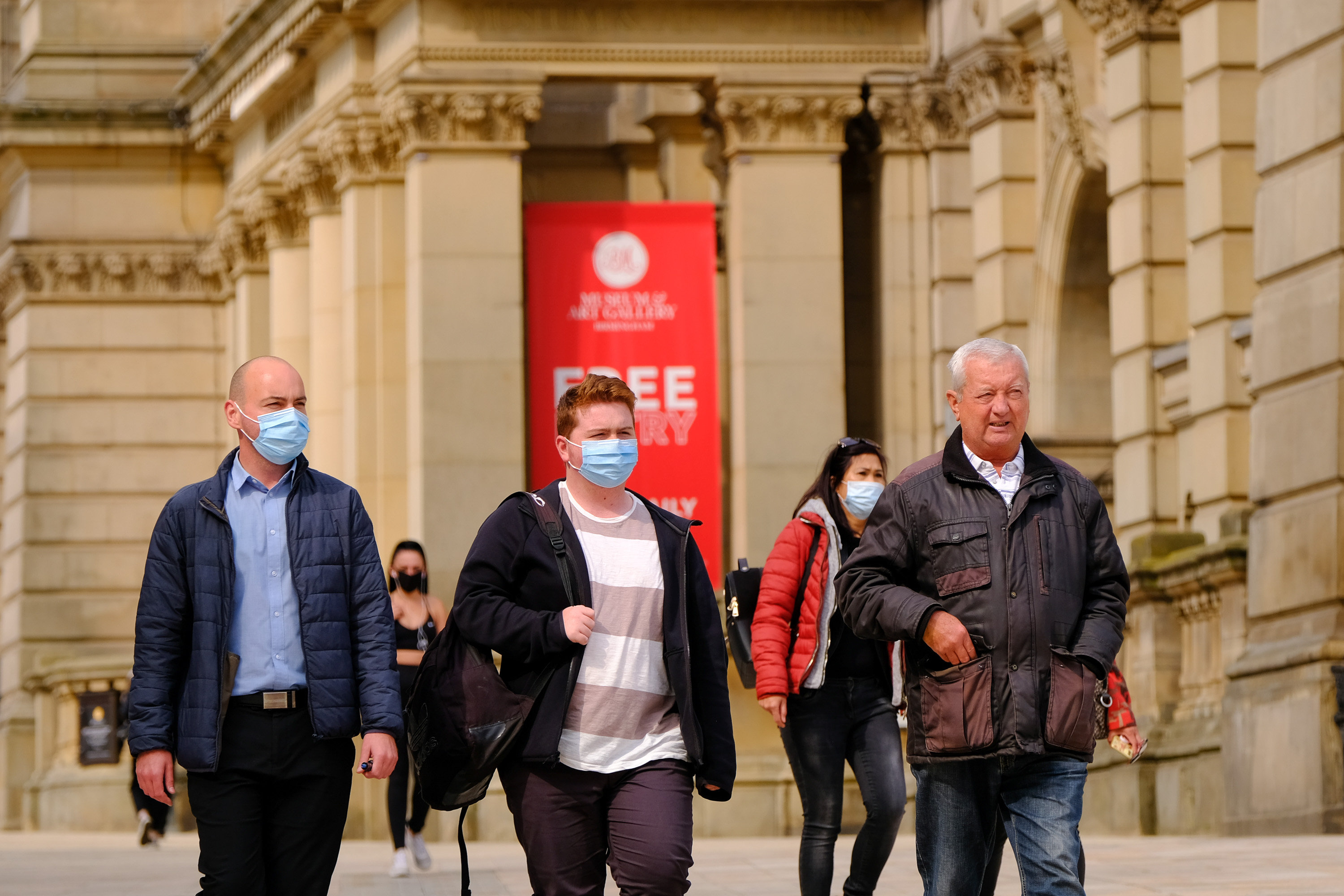 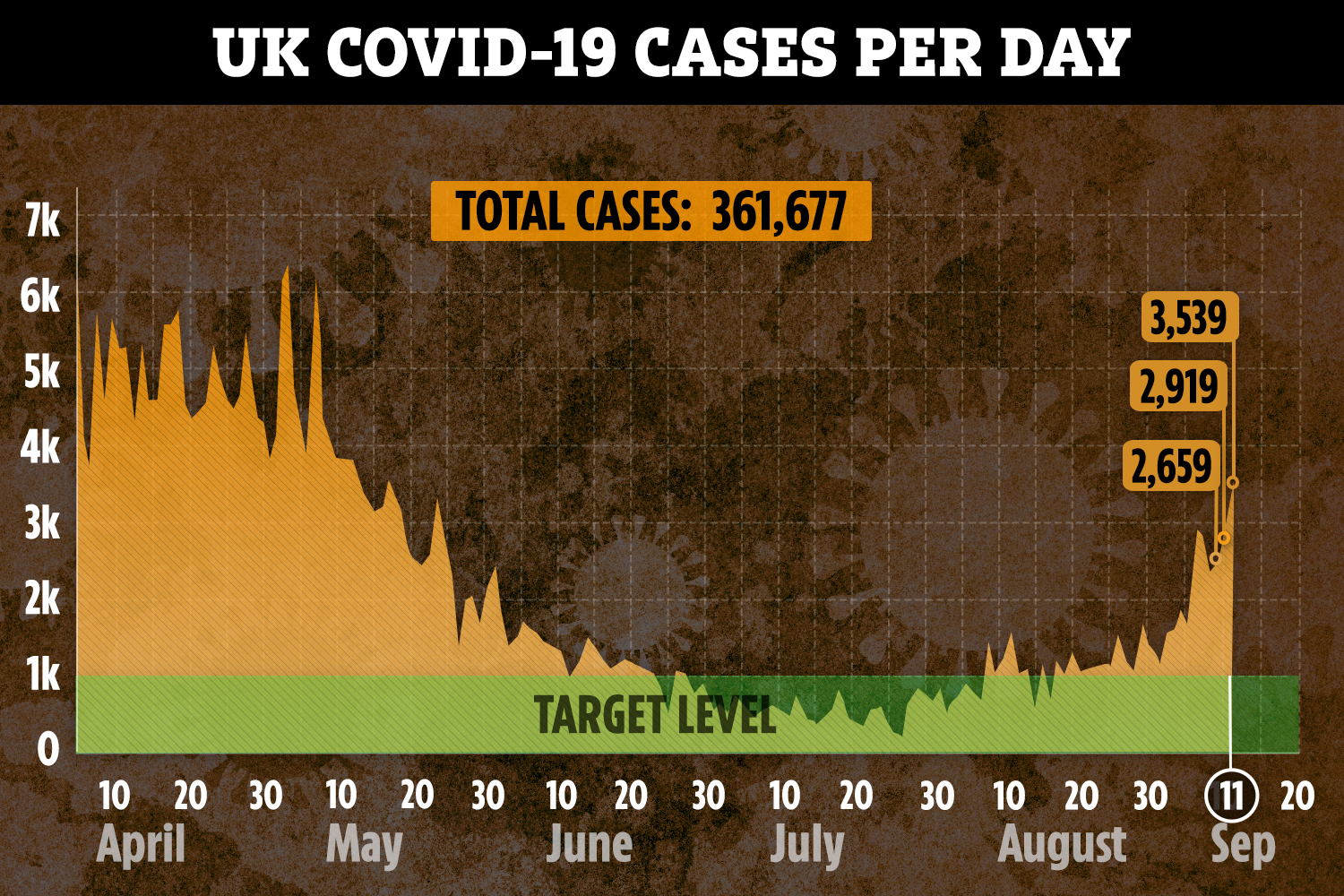 A local lockdown was "close" if there was not a "rapid and drastic reduction in the number of cases", he said.

"The virus is spreading across Sunderland and we need to work together to stop it," he added.

In Gateshead, cases have trebled from 36 last week to 110 this week.

The authority's director of public health, Eugene Milne, said almost 60 per cent of people in the city who tested positive in the past two weeks were from the 18 to 30 age group.

Announcing stricter lockdown rules in Birmingham, Health Secretary Matt Hancock said: "The reinforcement of the nationwide rule of six for social gatherings sends a clear signal to us all – the whole country must continue to stay vigilant and practise social distancing to beat this virus.

"After seeing cases in the West Midlands continue to rise, the decision has been taken in collaboration with local leaders, to ban households mixing in Birmingham, Sandwell and Solihull.

"We never take these decisions lightly but social gatherings can spread the virus quickly, and we need residents to abide by the new rules to break the chains of transmission."

All the changes in full

Birmingham, Sandwell and Solihull are now areas of national intervention.

From Tuesday, residents must not socialise with people outside of their own households.

Businesses including casinos, bowling alleys and soft play centres can reopen from Tuesday next week.

The ban of gatherings in private homes and gardens remains in place.

Corby and Peterborough remain as areas of concern.

Northampton has been de-escalated from an area of enhanced support to an area of concern.

Kettering and Oadby and Wigston were removed from the watchlist.

Lancashire, Merseyside and Yorkshire and Humberside

Leeds has been escalated to an area of enhanced support.

Merseyside and Sheffield have been added as areas of concern.

Rossendale, Hyndburn and Burnley remain as areas of enhanced support.

The ban on indoor household gatherings will continue in urban areas of Bradford.

It also continues in Dewsbury and Batley, Kirklees, and Calderdale.

A ban on households mixing indoors will continue in City of Manchester, Salford, Rochdale, Trafford, Oldham, Bury, Bolton and Tameside,

Venues like pubs and restaurants can serve takeaway but are otherwise are required to shut between 10pm and 5am.

A ban on 2 households mixing indoors will continue in Preston, Pendle and part of Blackburn.

South Tyneside, Sunderland, Gateshead and Newcastle upon Tyne have been added to the watchlist as areas of enhanced support

Hartlepool has been added to the watchlist as an area of concern.

Middlesbrough remains on the watchlist an area of concern.

Other changes to the watchlist

Hertsmere is added to the watchlist as an area of concern.

Swindon is de-escalated from an area of enhanced support to an area of concern.

Meanwhile, a new interactive map tool, created by experts at Imperial College London, has been released – and can predict which areas will flare up over the next few weeks.

It suggests that coronavirus infections are rising everywhere but Swindon, Aberdeen and Ashford in Kent.

Hotspots include West Dunbartonshire and Caerphilly.

It comes after Boris Johnson this week told everybody in England they must limit social contact or face arrest if they meet in groups of more than six people from Monday.

The PM all but cancelled Christmas after saying stringent new restrictions could go on for six months.

And he announced plans to spend £100BILLION on Operation Moonshot, which could see every Brit in the UK getting a test.

It was today reported that those who flout self-isolation advice could be fined under strict new rules – while people can shop those who don't comply via a new 'quarantine hotline'.

September has seen a spike in new cases, with positive tests doubling every week in England.

A further 3,539 confirmed cases were confirmed yesterday, the highest daily figure since mid-May – and more than 600 higher than Thursday.

The R rate has soared to 1.7, with Matt Hancock warning the rise – which he says is fuelled by young Brits – justifies the strict new rule of six. 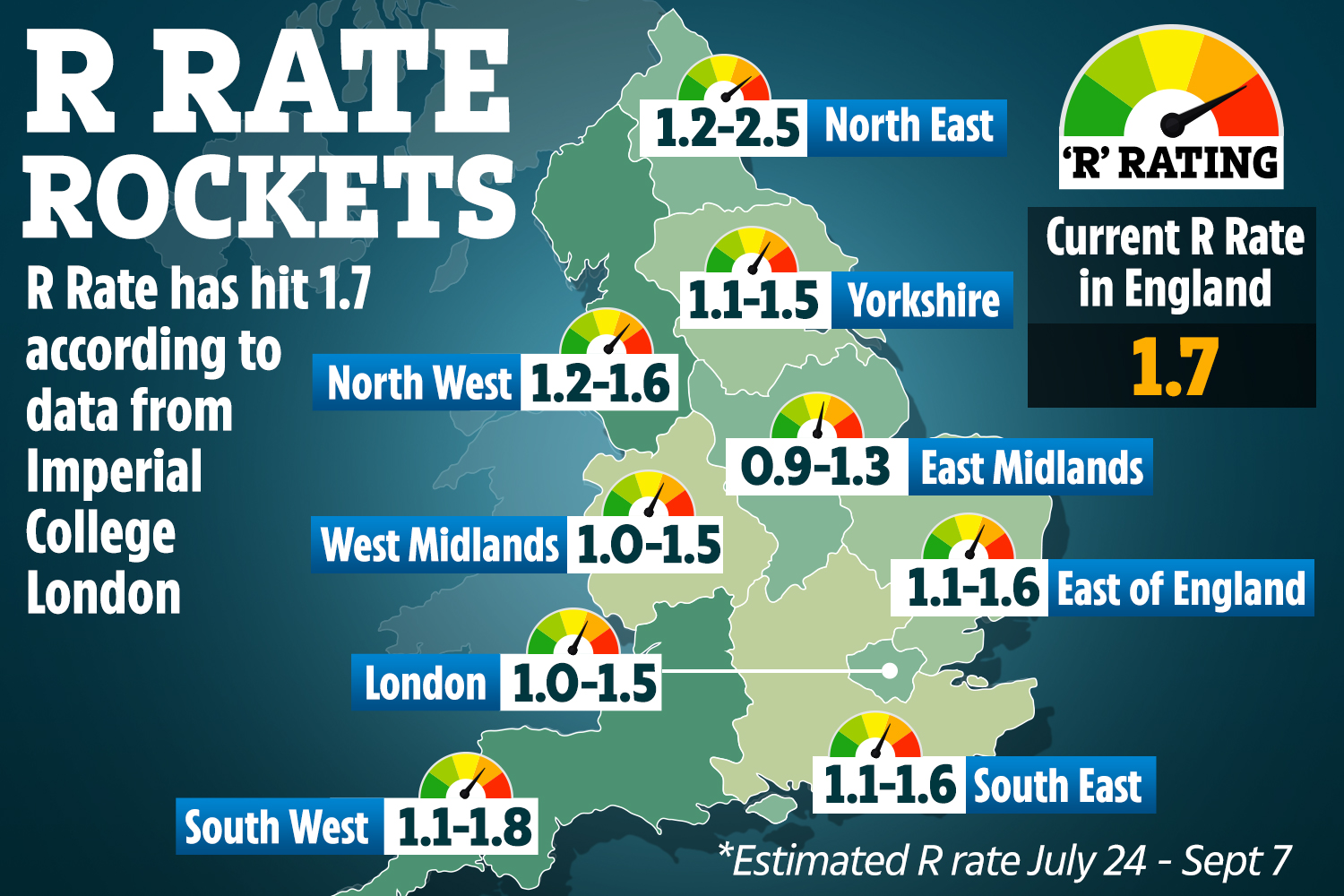