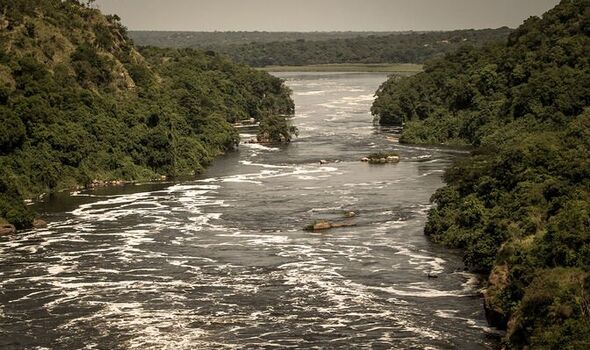 Robert Kaweesi, 48, jumped into the river to desperately try to save his 12-year-old son who got into difficulty swimming. It is reported Mr Kaweesi, his wife Justine Katantazi, and their four children were staying in a lodge on the banks of the river in the northern town of Pakwach when tragedy struck.

While the boy was rescued by bystanders, Mr Kaweesi struggled and vanished beneath the surface of the water.

A spokesperson for the UK Foreign, Commonwealth and Development Office later confirmed Mr Kaweesi had died. The spokesperson said: “We are supporting the family of a British man who has died in Uganda and are in contact with the local authorities.”

It is believed the family are from Birmingham.

The dad was a refrigeration contractor, reports Birmingham Live.

Police in Uganda said Mr Kaweesi, together with his family members and a driver, were staying at Gipir and Labongo Safari Lodge located along the bank of River Nile in Pakwach town council.

Mr Kaweesi was believed to have been living in the UK for the last 20 years.

It comes after a British mum-of-four was killed in a freak shooting incident while on holiday in South Africa this month.

Fatima Issa, 47, a school teacher from Leicester, was visiting family and friends in Johannesburg.

She had been staying with her daughter Humairah, 19, in a house on the Meyersdal View Estate when she was hit by a bullet.

Get email updates on the day’s biggest stories straight to your inbox by signing up for our newsletters.

Colombian man arrested attempting to smuggle £27,000 worth of cocaine under his wig