SCOTS will still be asked to wear face masks and work from home after AUGUST, Nicola Sturgeon announced today.

The First Minister braced people for a handful of enduring restrictions even when all legal measures are torn up on August 9.

Speaking in the Scottish Parliament this afternoon she confirmed she was following Boris Johnson and delaying the next stage of lockdown easing until July 19.

Ms Sturgeon told MSPs: "As indicated last week we intend to maintain the current restrictions applicable in each part of Scotland for the next three weeks."

She went on to unveil her revised roadmap to bin all "major remaining restrictions" on August 9.

The SNP chief hailed the date as a "major milestone and signal a return to almost complete normality".

But she warned that "basic mitigations" such as rigorous hand-washing and surface-cleaning will be here to stay into the autumn months.

Ms Sturgeon added: "Also, at least for a period we are likely to require continued wearing of face coverings in certain settings – for example public transport."

Testing and isolation will also stay in some form and workers will not be encouraged to pack back into offices.

The First Minister said: "We will not advise an immediate return to full office working on the 9th of August.

"Instead we will continue to work with business to phasing it in when we enter Level 0 we hope on the 19th of July."

Looking forward long-term, she said home-working should be easier not only to help wrestle down Covid but for employee "well-being".

Downing Street confirmed last week a flexible working review is in the offing for England. 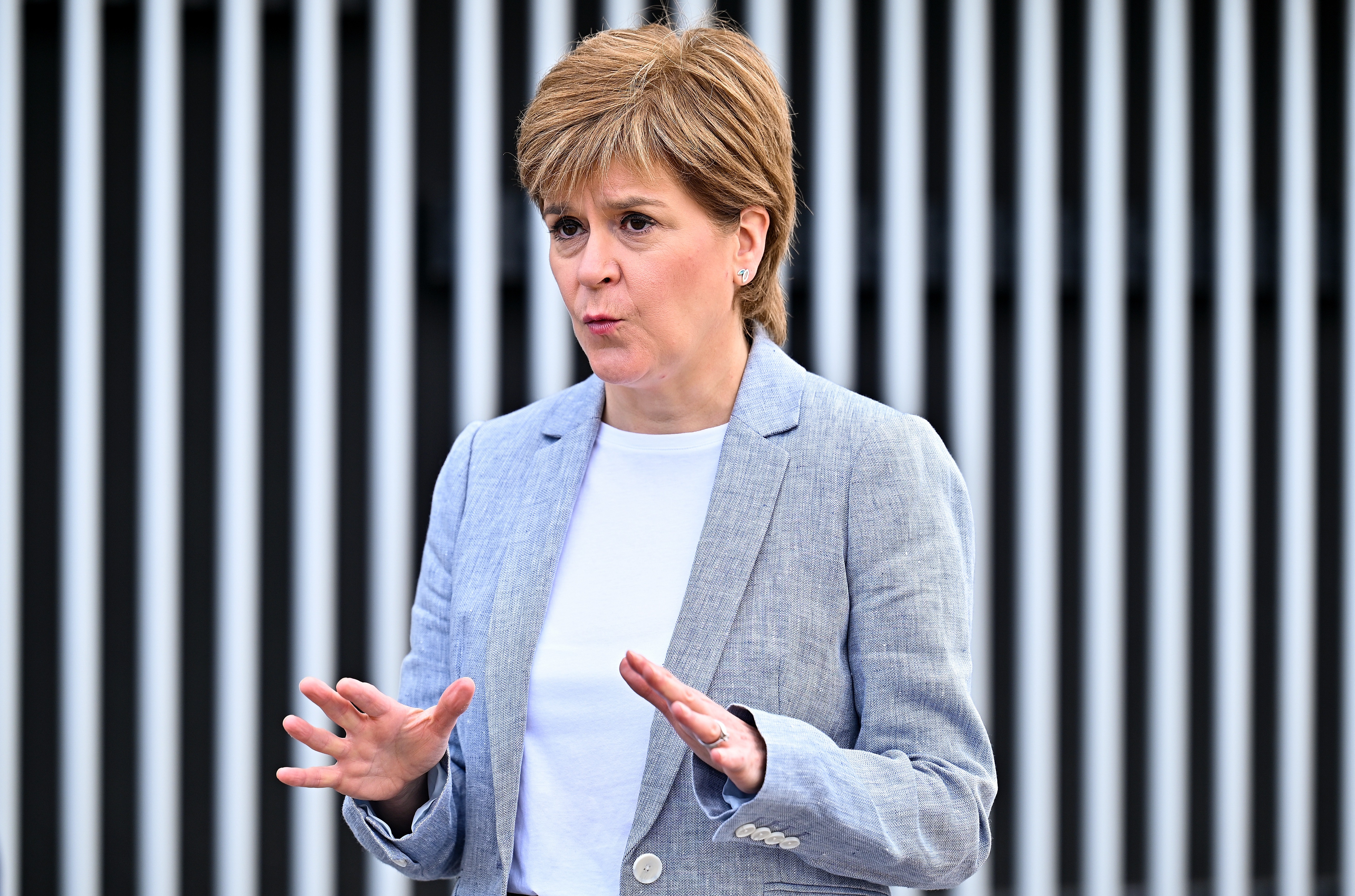 Although warning Scots face some curbs for a while to come, Ms Sturgeon said the end was now in sight.

She said: "We can now see a route to lifting restrictions, and to enjoying again simple, precious pleasures that we've all missed so much.

"The path ahead is not obstacle free I'm not going to pretend it is. But it is clearer now than at any point so far.

"Thanks to vaccines, normal life is no much closer that is within sight. So let's all stick with it and do whatever is required to get us there."

Today's announcement of a three-week delay to the roadmap was largely a formality after Ms Sturgeon last week braced Scots that it was "unlikely" the June 28 easing would go ahead.

Instead Scotland will move to Level 0 on July 19, when social distancing indoors will be reduced from two metres to one metre – and outside it will be scrapped entirely.

Ms Sturgeon did not follow England in scrapping the cap for wedding guests – but said event staff no longer count towards the limit.

She said that by the end of the week everyone over 50 will have received both jabs and hailed it as a crucial step towards freedom.

But the First Minister warned "we still have a difficult path to navigate to over the next few weeks to meet these milestones, and even assuming we do as we hope we will the pandemic will not be completely over."

Ms Sturgeon said the Delta variant is now the dominant variant – but was confident vaccines were breaking the link between cases and deaths.

The daily test positivity rate has jumped to 9.1 per cent, up from 7.2 per cent the previous day.