Holding unruly airplane passengers accountable for their actions has become increasingly vital over the past two years as recorded incidents aboard aircraft have reached new highs.

Delta Air Lines (DAL) wants to bar convicted passengers from future travel on any airline. The “no-fly” list “will help prevent future incidents and serve as a strong symbol of the consequences of not complying with crew member instructions on commercial aircraft,” Delta CEO Ed Bastian wrote in a letter to Attorney General Merrick Garland.

Sara Nelson, president of the Association of Flight Attendants-CWA International, said the proposed no-fly list “is incredibly important” to ensure the safety of all travelers.

“A no-fly list should be on the table because there has to be very severe consequences for those who are acting out,” Nelson told Yahoo Finance (video above). “It’s a relatively small number of people, but they have created incredible harm, incredible risk to the safety of everyone on board, and at the very least a major inconvenience to the rest of the passengers.”

According to Transportation Secretary Pete Buttigieg, “the FAA is continuing to vigorously enforce and encourage referral, criminal referrals where appropriate, for this kind of behavior.”

“In 2022, we should not even have to say that when you're on an airplane, you need to behave in a way that is safe and appropriate,” Buttigieg said. “But we still have far, far too many cases, far, far too many examples of flight crews being mistreated, or even other passengers being harmed by unruly passengers. It's got to stop, and we're going to continue doing everything that we can through enforcement and through just getting the message out there that we stand with flight crews.” 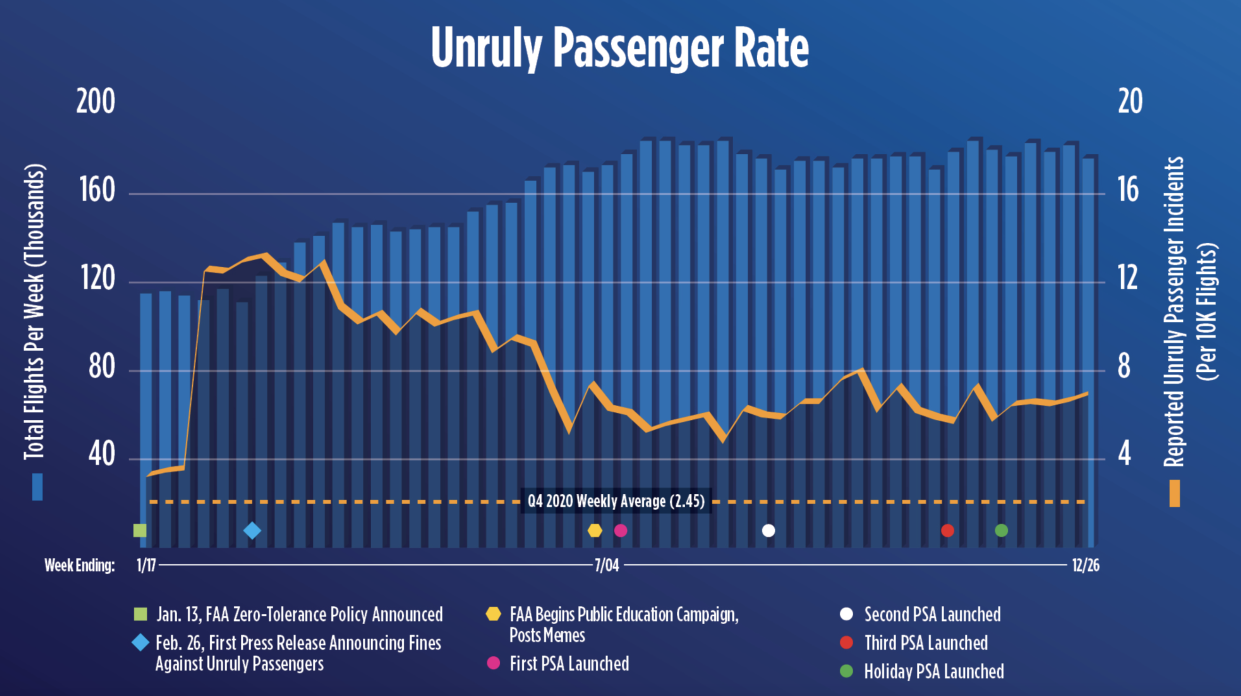 “What this also has done, if we accept this as a new normal and we don’t get busy trying to get these incidents down, is that we’re also handing another tool to those who would like to use commercial airliners as a weapon against our country, like they have in the past, and that remains a threat that we are on the lookout for every single day,” Nelson said.

'Why we're bringing alcohol back is a mystery to us'

The main factors contributing to these incidents, according to flight attendants, are passenger mask requirements and alcohol.

Last year, a passenger who was asked to wear her face mask properly punched a Southwest flight attendant in the face, knocking out two of her teeth.

Following the incident, both Southwest Airlines (LUV) and American Airlines (AAL) banned the sale of alcohol on board. However, Southwest announced last Friday that its ban would end on Feb. 16. 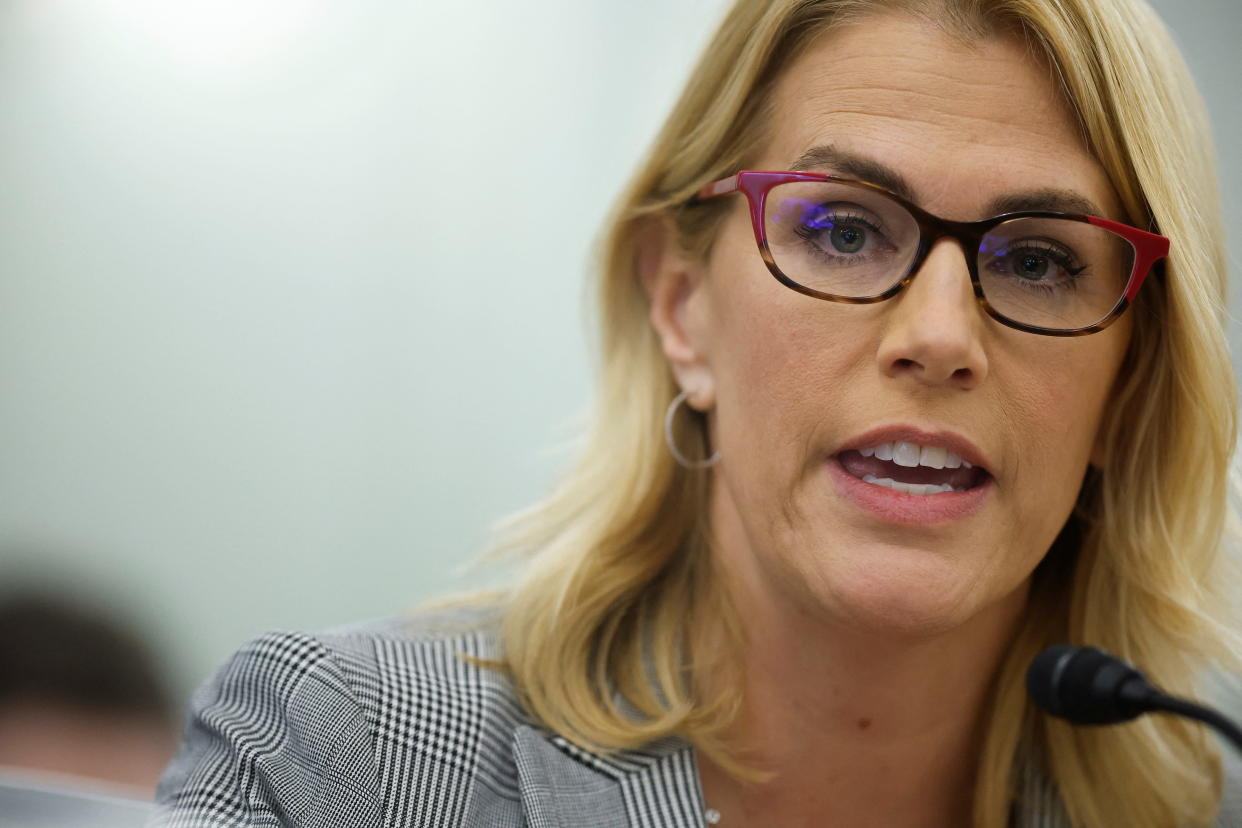 “This has been part of the efforts to keep down these violent events on the plane,” Nelson said. “And we haven't seen a decrease in those events. So why we’re bringing alcohol back is a mystery to us. We’re totally opposed to that. We don’t need to be introducing anything else that is a major contributor to these events.”

Nelson praised American Airlines’ approach, though, particularly for how they’ve worked with unions and maintained their no-alcohol policy. She added that airports should also stop selling to-go alcohol, which passengers can bring aboard planes.

“These are some of the things that we still need to work on, because these incidents are just way too frequent, a major risk to everyone who is flying, and we’re getting to a place where people are starting to think that this is what you’re going to experience when you buy a ticket, and that has real economic consequences potentially, too,” she said.

Adriana Belmonte is a reporter and editor covering politics and health care policy for Yahoo Finance. You can follow her on Twitter @adrianambells and reach her at [email protected]