SKRYHALIVKA, Ukraine (Reuters) – Ukrainian pensioner Nadiya Ignatiy says she has had the plum and cherry trees in her garden cut down for firewood since the government raised gas prices late last year. 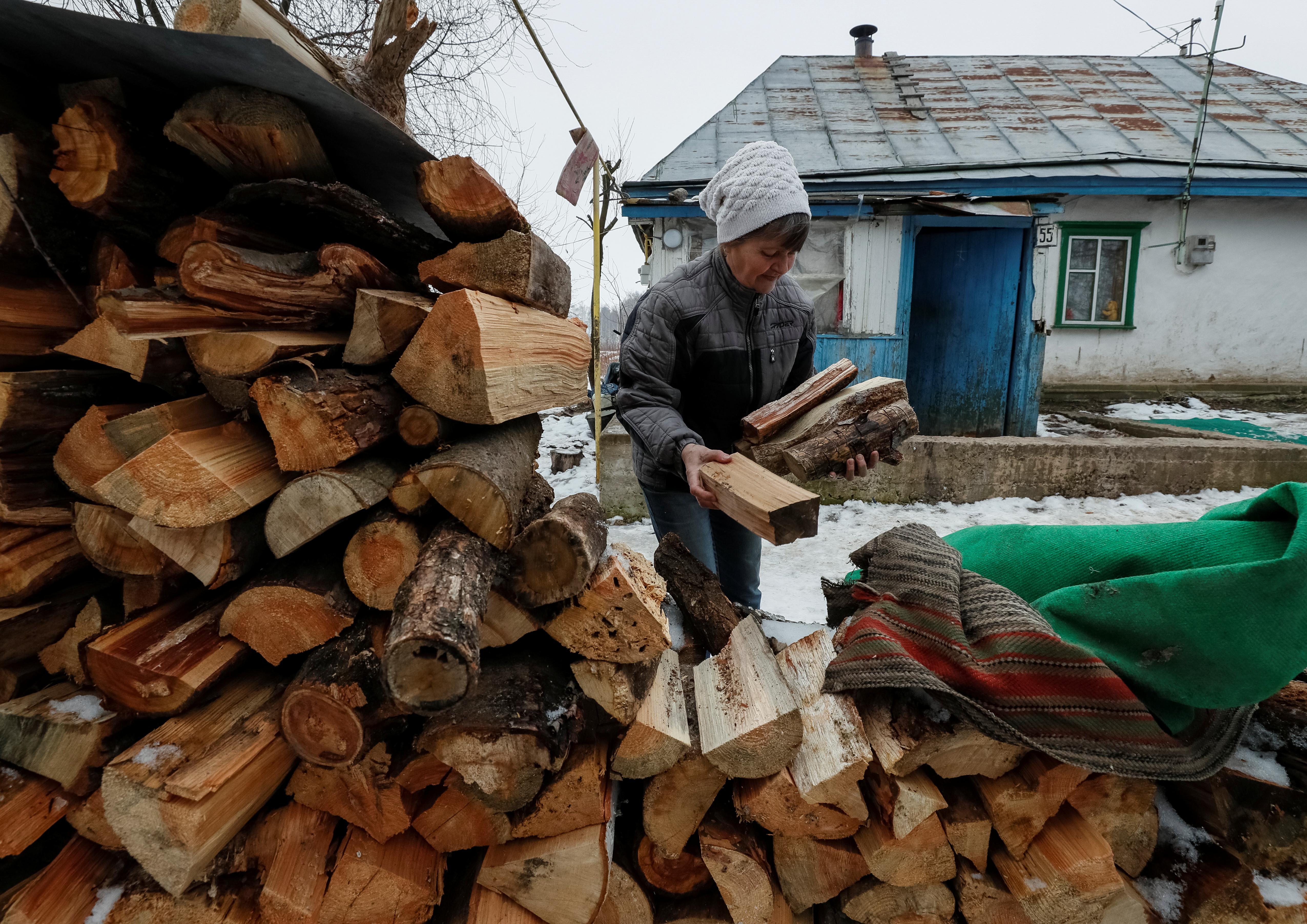 In next month’s election, she will vote against President Petro Poroshenko in favor of an opponent who has pledged to restore the gas subsidies that were scaled back to secure an international bailout.

“We cleared the garden,” she said in her house in the village of Skryhalivka, 80 km (50 miles) southwest of Kiev. “Not just me, other people are doing it now… previously you could heat with gas but now it’s a problem.”

Such frustrations could tip the balance in the March 31 election against Poroshenko, whose market-oriented reforms have helped stabilize a country battling Russian-backed separatism and encouraged Western investors wary of pervasive corruption.

Poroshenko was elected in 2014 after protests ousted a Kremlin-friendly president and sent the government and the West on a collision course with Russia: Russia annexed Crimea and supported the overthrow of government rule in eastern Ukraine.

An influential businessman who had made a fortune from confectionery, he pledged to take the ex-Soviet country out of Russia’s orbit and restore control over the east in a matter of weeks. The latter has not happened, but he has overseen an uneasy stalemate with separatist-held regions and ended a steep recession, with around 3.4 percent growth last year.

Living standards, however, have continued to decline. The average monthly wage has dropped the equivalent of almost $80 since 2013 and Ukrainians need more than three times as many local hryvnia to buy a dollar as they did then.

Since the revolution, “nothing has changed substantially for the better,” said Nadiya Yurchenko, 79, who hoped for a higher pension, heating allowance and better healthcare as well as peace with Russia when she voted for Poroshenko in 2014.

Poroshenko won the first round outright in 2014, but many polls have shown the election frontrunner this time to be Yulia Tymoshenko, a former prime minister and fiery campaigner who compares the gas price rise to “genocide”.

Another candidate who has surged in February is comic actor Volodymyr Zelenskiy, a political novice and largely an unknown quantity.

“For the IMF and most of Ukraine’s western partners, Poroshenko is a lesser evil, he is an acceptable partner,” said analyst Volodymyr Fesenko.

However, “with their requirement for raising the price of gas and utility tariffs, the IMF paradoxically ends up giving political help to those whom it fears”, he said.

Subsidized gas for households is a source of corruption in Ukraine because businesses divert it for their own use to avoid paying market prices, draining money from the state budget.

The IMF, which has lent $14.7 billion to Ukraine since April 2014, has made gradually bringing household tariffs in line with market prices a condition for more funding. When gas prices were hiked in November, Poroshenko said there had been no choice.

“The government was caught between the bad and the very bad, between tariff increases and a blow to macroeconomic stability.”

“The most optimal approach is to give markets the right to determine the price, and then to provide well-focused subsidies to those who need them most,” Ljungman told Ukrainian news site FinClub this month in comments his office referred Reuters to.

Government officials were not immediately available to comment on why some of the poorest Ukrainian households were not getting help to adjust to the new prices.

Price rises are among voters’ main concerns and gas prices came out top in an opinion poll by the Kiev International Institute of Sociology in October and early November, when Poroshenko slipped from second into third place behind Tymoshenko and Zelenskiy.

Poroshenko moved back to second place after Ukraine’s Orthodox Church won independence from the Russian Church in January and the government plans pension increases on Friday that his opponents say are designed to bolster his ratings.

But Fesenko said any gains may be offset by the arrival this month of the first higher gas bills and then those for other utilities.

Tymoshenko and other candidates like Yuriy Boyko, a former energy minister popular mainly in Ukraine’s Russian-speaking east, have used rising prices to attack the president.

Tempers flared at a lawmakers’ meeting on Monday when Tymoshenko accused Poroshenko and his associates of funneling money gained from the price rises to offshore bank accounts, an allegation swiftly denied by the leader of Poroshenko’s faction.

After a Feb. 16 meeting with Tymoshenko, IMF chief Christine Lagarde stressed the urgency for Ukraine to continue reforms and safeguard its return to economic stability.

Tymoshenko says she wants to keep cooperation with the IMF but change the terms of the deal. She has also promised sharp hikes in salaries and pensions and to change central bank policy to provide cheap loans to small businesses.

How she would act on those promises if she wins is unclear, but it is enough to make many investors uncomfortable.

Poroshenko helped build foreign direct investment back up to $4.4 billion in 2016, but it fell to $1.87 billion in 2017 amid concern about Ukraine’s finances, far off the $5.46 billion under former president Victor Yanukovich.

“The threat that cooperation with the IMF will be disrupted, and the threat that the country will again return to the prospect of default, is much higher if other candidates win,” said Serhiy Fursa, a Kiev-based investment banker at Dragon Capital.

Shoring up state finances means little to voters left out of pocket. Liubov Spychak, 73-year pensioner from the town of Cherkasy, fought back tears as she described how expensive it had become to heat her two-bedroom apartment.

In December almost four-fifths of her pension went on utilities, she said by telephone: “I am very ill after working my whole life for a chemical plant. I can hardly walk and they rejected my application for subsidies.”

In Skryhalivka, in the Fastiv district where Poroshenko got around 65 percent of votes in 2014, villagers said many people were struggling.

With snow thick on the ground on a February afternoon and the thermometer on her living room table showing 5 degrees Celsius, Yurchenko said her pension after a 45-year career as a teacher and school principal did not go far enough. 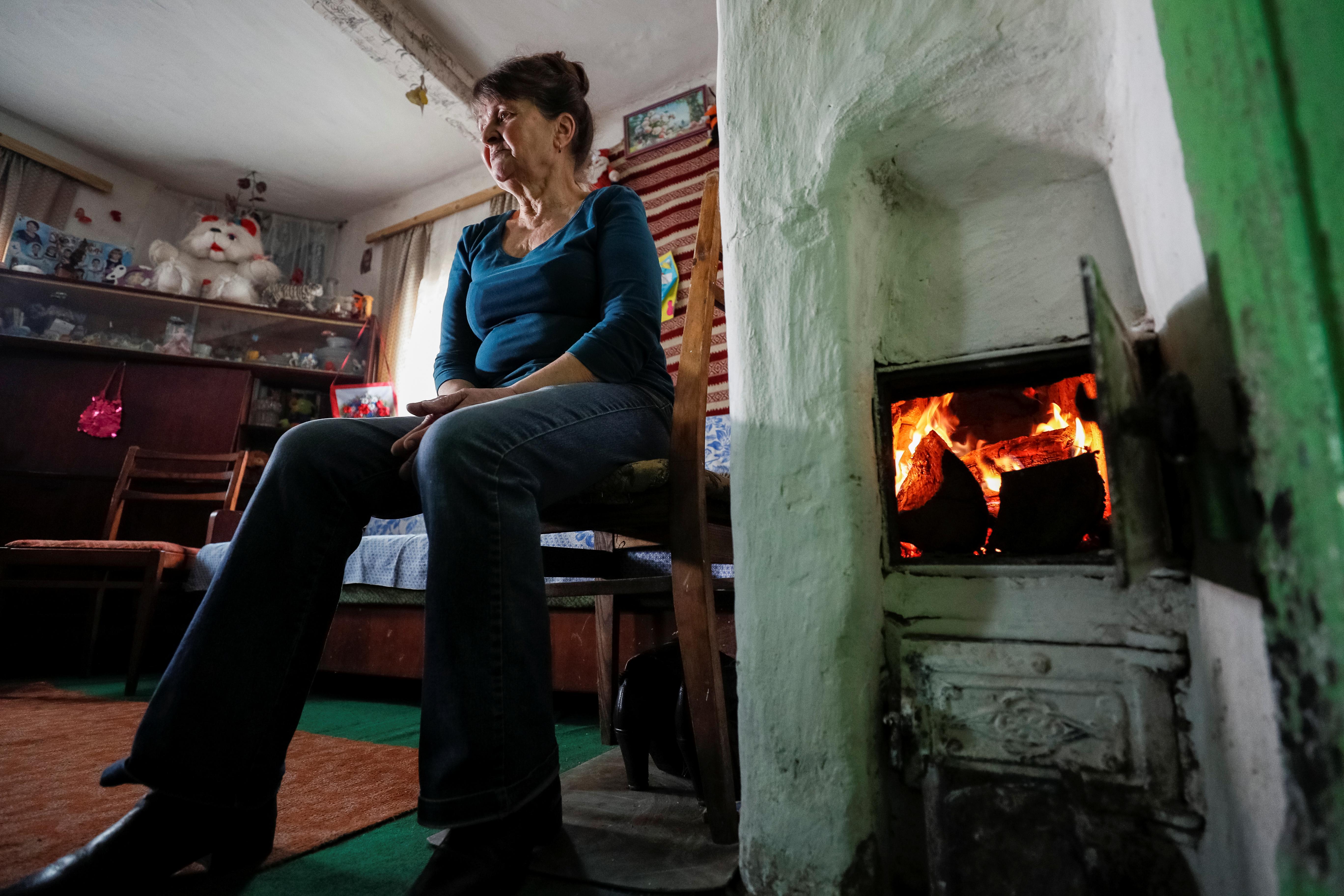 She has a 2015 calendar with Tymoshenko’s face hanging on a bookshelf next to volumes of Fyodor Dostoevsky and James Joyce, but will vote for Boyko, as will her 60-year-old neighbor Ignatiy whose fruit trees went to feed her stove.

Yurchenko estimates she would need to spend nearly four months’ worth of pension income to heat her home properly through the winter.

Ignatiy said gas, electricity and groceries were all getting more expensive. “Everything’s going up except for salaries and pensions.”