Downing Street today insisted the Government still wants to conclude a trade deal with India by the end of this month.

No10 stuck to a deadline for reaching an agreement with New Delhi by the Diwali festival on October 24.

This is despite suggestions that hopes of a deal had been sunk in the wake of recent remarks by Home Secretary Suella Braverman criticising Indian migrants.

The Cabinet minister expressed her ‘reservations’ about a relaxation of entry requirements to the UK for Indians as part of a trade deal.

She also pointed to an existing problem with Indians in Britain overstaying their visas.

Ms Braverman’s comments are reported to have infuriated New Delhi with Indian Prime Minister Narendra Modi said to have abandoned plans to visit the UK to sign a trade deal this month.

Downing Street today acknowledged no date had been set for a visit by Mr Modi.

But No10 stressed the Government was still hoping to wrap up trade talks in the next two weeks.

‘We do want to seek to conclude talks by Diwali,’ the Prime Minister’s official spokesman said.

‘We haven’t set out any timings for any further inward visits. Obviously, we have an extremely close partnership with India already.’ 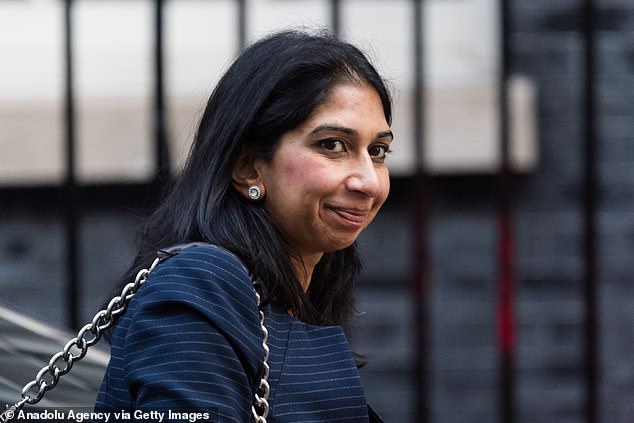 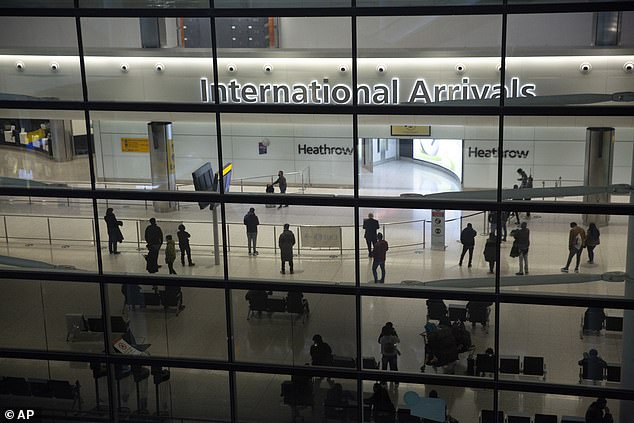 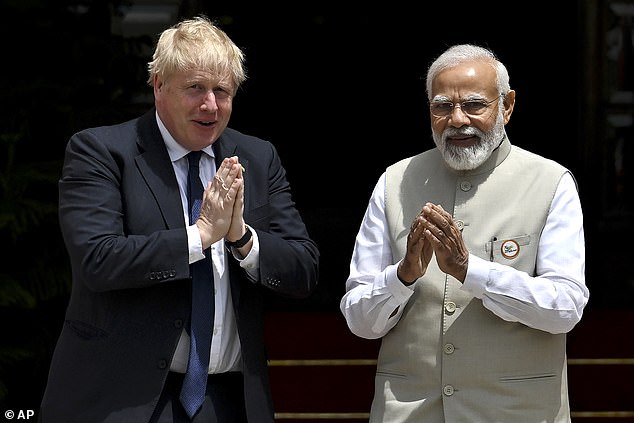 Foreign Secretary James Cleverly had earlier sought to play down suggestions of a rift between London and New Delhi and insisted relations between Britain and India remained ‘strong’.

‘We do have a very strong relationship with India,’ he told Sky News.

‘One of the hallmarks of a strong relationship is you can have a very straight-talking conversation.’

The Department for International Trade said negotiations with India were continuing despite the reported row over Mrs Braverman’s comments.

But a spokesman suggested the Government would only agree a deal once the terms were right.

‘We have a close, positive working relationship with India and a thriving trade partnership worth £24 billion in 2021,’ a spokesman said.

‘We continue to seek improvements to our current trading relationship. This is why we are negotiating a high-ambition free trade agreement.

‘We remain clear we won’t sacrifice quality for speed and will only sign when we have a deal that meets both countries’ interests.’

In an interview with the Spectator magazine last week, Mrs Braverman said she had ‘some reservations’ about reducing visa rules for Indians wishing to come to the UK.

‘I have concerns about having an open borders migration policy with India because I don’t think that’s what people voted for with Brexit,’ she said.

‘I do have some reservations. Look at migration in this country – the largest group of people who overstay are Indian migrants.

‘We even reached an agreement with the Indian government last year to encourage and facilitate better co-operation in this regard. It has not necessarily worked very well.’

Former Prime Minister Boris Johnson and Mr Modi set the Diwali deadline for getting a trade deal over the line in April this year.

Speaking at the Conservative Party conference in Birmingham last week, International Trade Secretary Kemi Badenoch admitted Britain might not ‘get everything’ in an agreement.

The UK’s dominant services sector has expressed fears it could lose out amid a last-ditch scramble to agree a deal – despite hopes of a big win for Britain’s whisky industry through the slashing of tariffs under the agreement.

‘It may not be everything that the services sector wants,’ Ms Badenoch said.

‘We may not get everything, we’re not doing a unilateral free-for-all deal.

‘But just because we have a free trade agreement it doesn’t mean we can’t do even more later, so that’s the message I would send to the services sector.’