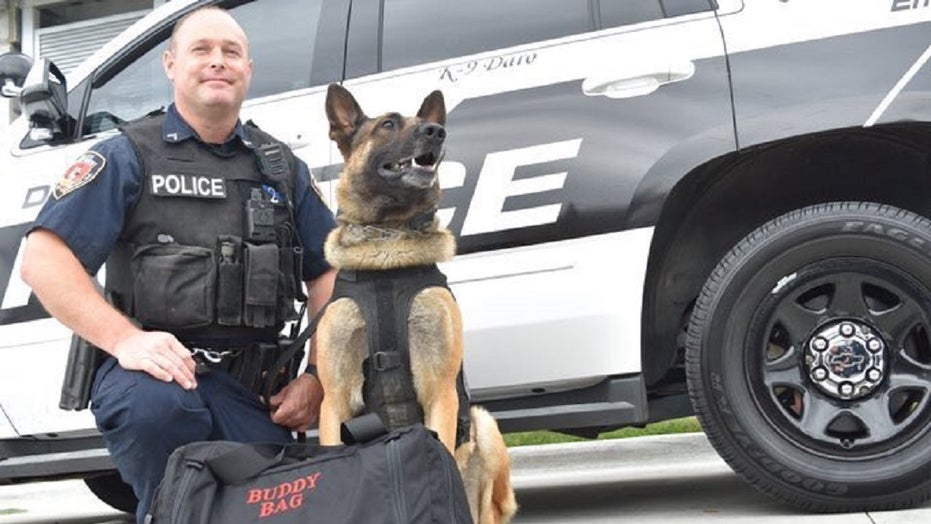 A man wanted in connection with an alleged larceny shot a police K-9 in North Carolina while running from authorities Tuesday.

Durham police officers were moving in to arrest the suspect when they saw he was armed with a handgun, CBS17 reported. He ran to a nearby wooded area, prompting officers to use a K-9 to track him.

During the search, the man allegedly opened fire on the dog, named Daro. It was not clear how times the dog was struck or where. Daro has been with the department for four years.

The dog underwent emergency surgery and was reportedly doing OK.

Police closed off several streets for hours and evacuated two homes during the search. The suspect was eventually taken into police custody. Authorities have not identified him.

The News & Observer reported the Durham Police Department has around nine police dogs in its Uniform Patrol Bureau.