BELFAST (Reuters) – The British parliament’s decision to bypass politicians in Northern Ireland and legislate on same-sex marriage could deepen a stalemate in the region at the heart of Britain’s struggle to leave the European Union, a senior lawmaker warned on Thursday. 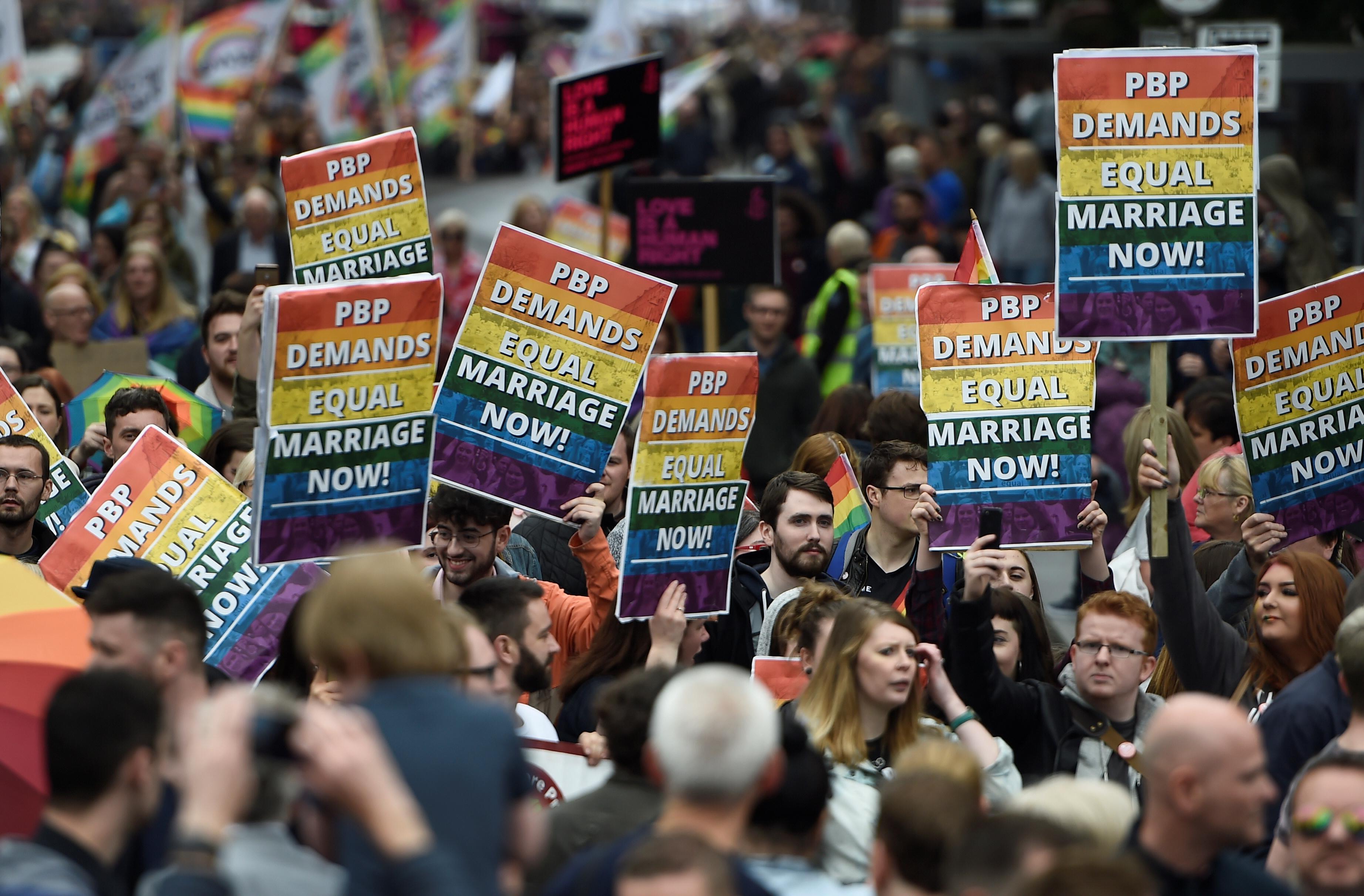 British lawmakers voted overwhelmingly on Tuesday to compel the government to legalize same-sex marriage and also extend abortion rights in Northern Ireland if the local assembly, which collapsed in 2017, has not resumed by Oct. 21.

The surprise intervention could prolong a political standoff in the region most exposed by Britain’s decision to leave the EU – and whose future has become the main sticking point for an exit deal, pushing London towards a no-deal exit.

Irish nationalists Sinn Fein pulled out of the power-sharing executive two-and-a-half years ago arguing that their pro-British rivals in government were not treating them as partners.

On-off talks to restore it resumed in May after a hiatus of more than a year but have made little progress. The pro-British Democratic Unionist Party (DUP) has repeatedly refused to accept a series of preconditions set down by Sinn Fein.

But as one of those demands is that same-sex marriage be legalized, Sinn Fein is now likely to stand back and let the British government legislate instead, a senior DUP politician said.

Previous attempts to legislate for same-sex marriage have been blocked by the socially conservative DUP, despite polls in recent years showing most in the region are in favor.

Even though it props up the Conservative Party-led minority government in London, Donaldson said there was nothing the DUP could do to stop the legislation.

“WESTMINSTER HAS A RESPONSIBILITY”

But Sinn Fein said it did not need an incentive to get the local institutions restored.

“If an agreement (on devolved government) is possible which delivers rights for people next week or the week after, we will deliver on that agreement,” one of the party’s main negotiators in the talks, Conor Murphy, told the BBC.

“Our preference is for the Assembly to do this, but in the absence, Westminster has a responsibility to legislate for these matters.”

Advocacy groups welcomed the move and called on local parties not to block the timetable Tuesday’s vote set down.

Northern Ireland is the only part of the United Kingdom where same-sex marriage is not allowed, and laws there forbid abortion except where a mother’s life is at risk. It is also out of line with recent changes in the law in the Irish republic.

“It’s not a done deal but it’s harder to undo this time,” said Gavin Boyd, policy and advocacy manager of LGBT rights group The Rainbow, noting devolution talks did not seem to be going anywhere anyway.

Some analysts suggested the DUP, which welcomed the election of its first openly gay local councillor in May, would not mind having the issue taken off the agenda either.

“Whisper it, but there are even some senior DUP elected representatives, weary of the constant attacks on the party’s social policies, who will not have lost too much sleep over what happened yesterday at Westminster,” University of Liverpool politics professor Jon Tonge wrote in the Belfast Telegraph.

“If same-sex marriage and abortion diminish as contentious political issues, the focus may switch more to the battle for the Union, where the DUP feels on more secure ground.”