The military tests come after the US, with India, announced plans to carry out drills near China’s border in October.

The weapons are part of an integrated system that can fit in a single vehicle regarded as very mobile and accurate.

One military observer said the tests in Xinjiang were a show of deterrence in the countdown to the India-US drills near India’s disputed border with China. 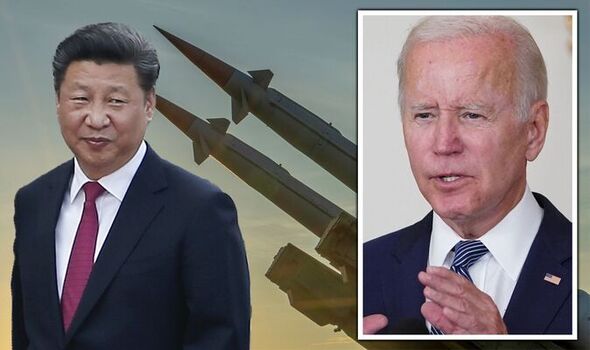 On Monday, state broadcaster CCTV reported the Xinjiang command conducted live-fire drills with a “new type of surface-to-air missile” at an altitude of more than 14,760 feet.

On the first attempt, the missile struck a target plane flying at low altitude.

It comes as tensions continue to mount between China and the US over Taiwan.

China sees Taiwan as a breakaway province that will eventually be under Beijing’s control again but the self-ruled island sees itself as distinct from the mainland, with its own constitution and democratically-elected leaders. 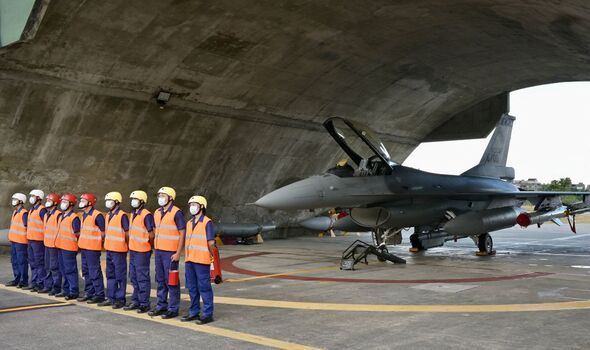 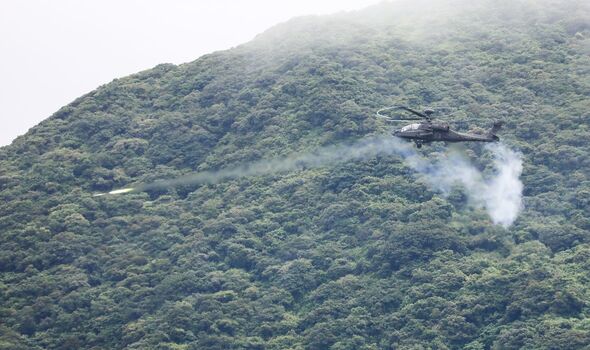 China’s President Xi Jinping has said “reunification” with Taiwan “must be fulfilled” – and has not ruled out the possible use of force to achieve this.

Under the Taiwan Relations Act, the US has an obligation to protect the self-ruled island against military actions taken by China.

In recent weeks, China has launched its biggest-ever military drills around Taiwan, firing ballistic missiles and deploying dozens of fighter jets and warships, in response to a visit to the self-ruled island by US House Speaker Nancy Pelosi.

Beijing called Ms Pelosi’s trip to Taiwan, which it views as Chinese territory, a “dangerous, reckless and irresponsible provocation” by the US against China. 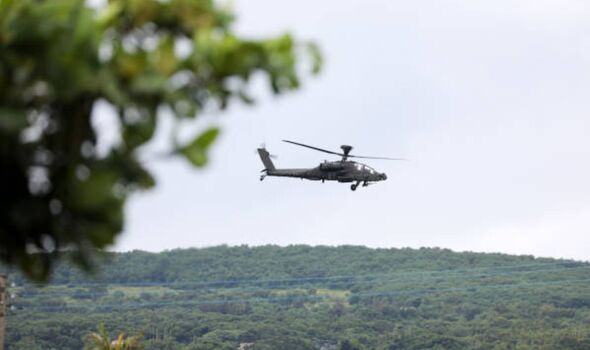 Speaking about China’s response to Ms Pelosi’s visit, Mr Yue told South China Morning Post: “Now the PLA is carrying out high-profile fire strike exercises on the plateau, with the aim of deterrence and countermeasures.

“[The US-India drill] will show off forces at the gate of China. But no matter one country or many countries, China is not afraid to prepare for war.”

Song Zhongping, a Hong Kong-based military commentator, confirmed the improved version of the HQ-17 missile defence system was used in the drills.

But he did, however, claim the drills were normal exercises and not linked to the planned US-India manoeuvres.