China foreign ministry says US should focus on promoting regional stability instead of diversifying its nuclear arsenal. 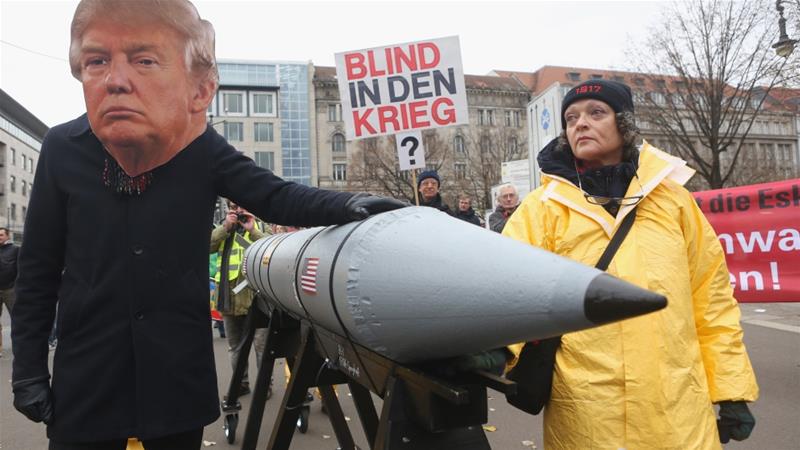 China has accused the United States of having a “Cold War mentality” after the latter announced its plans to diversify its nuclear arsenal by developing smaller bombs.

On Sunday, the Chinese foreign ministry said that the US should focus instead on promoting regional stability, and condemned a US government report that listed Beijing as a potential nuclear enemy.

“The country that owns the world’s largest nuclear arsenal should take the initiative to follow the trend instead of going against it,” the ministry said.

The US report, titled the National Posture Review (NPR), was released on Friday and claims that developing smaller nuclear weapons would bolster its deterrent.

Both Iran and Russia have also criticised the report, with Mohammad Javad Zarif, Iran’s foreign minister, saying that it is bringing the world “closer to annihilation”.

“We hope that the US will abandon a Cold War mentality and earnestly shoulder its special and prior responsibility for its own nuclear disarmament,” Ren said.

Einar Tangen, a China political affairs analyst, told Al Jazeera that while the US is battling many fronts, it is unclear how long they can maintain this.

“The problem is that the US is fighting everybody at the same time, both in terms of trade, NAFTA, and strategy and nuclear ambitions,” he said.

Tangen also pointed out that nuclear deterrents can “blow up the world many hundred times over with the existing stockpile”.

The idea that you can have a battlefield nuclear weapon is very attractive to generals who want to win battles, but they are not going to win a war,” he added.

“So the danger here is that somebody thinks that they can start a limited nuclear war against an objective, for instance, Iran and that somehow this will not go into a fully diverged nuclear catastrophe.”