A RETIRED RAF musician has been left raging at the state of his neighbour's overgrown garden – saying it blocks out light and has knocked £20,000 off his house value.

Fred Sweenie, 82, insists the situation is so bad, it is affecting his mental health. 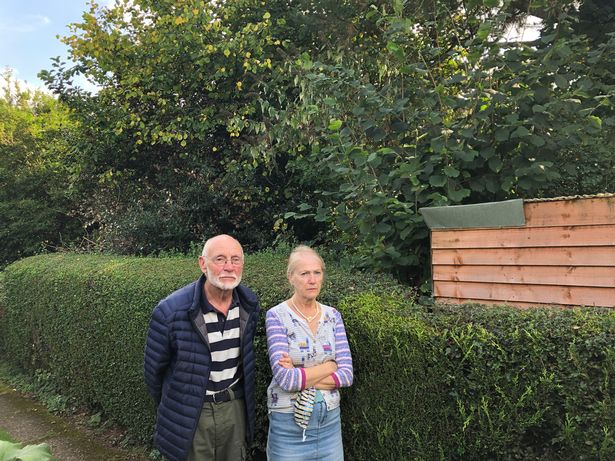 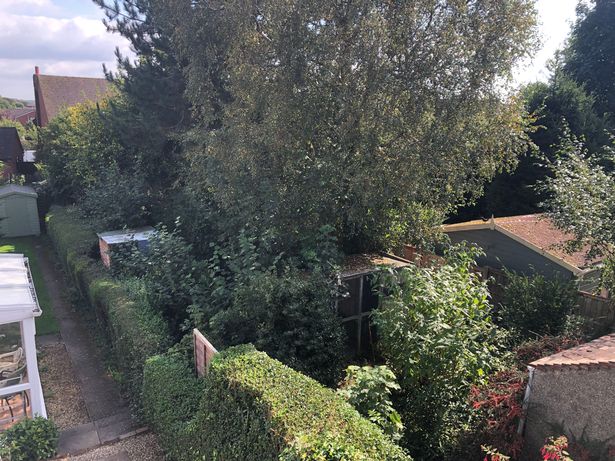 He describes the semi-detached house next door as being so overgrown, his family can't enjoy natural sunlight due to trees that tower as high as the house.

Mr Sweenie – who lives with his 69-year-old wife Janet and their 36-year-old son Guy – also claims there have been issues with rats coming from next door, and feels trapped as he can't sell his house due to next door.

He once got an estate agent to look at his property in Burntwood, Staffordshire and says he was told the state of the garden next door would knock at least £20,000 of the value of his house.

Mr Sweenie said his family first complained to the council around 12 years ago after they heard a humming noise coming from next door.

At the time of the complaint, the family were convinced no one was living at the property at the time, given the state of the garden.

Mr Sweenie claimed that by 2017, the garden was severely affecting their mental health, as rats began to appear in the garden.

"I was getting nightmares. That was the worst time I think. The house combined with the rats and the fact that we get no light in our garden because of the towering trees really made me ill," he said.

After serving 12 years in the RAF Central band – playing at major Royal events, including at garden parties attended by the Queen at Buckingham Palace – Mr Sweenie feels his country is "letting me down".

He said that things became so bad that he eventually contacted the MP for Lichfield, Michael Fabricant.

Lichfield MP, Mr Fabricant said: "Back in May, we asked Mr Sweenie to send us further information and we have still yet to hear from him. This is, however, a district council matter though we are always happy to act as intermediaries."

Head of corporate services at Lichfield District Council, Tracey Tudor said: "Having visited the garden on Rugeley Road a number of times, we have found that, although is overgrown, it has a clear path from either end, has plants rather than weeds, and is not covered in litter or dumped items. 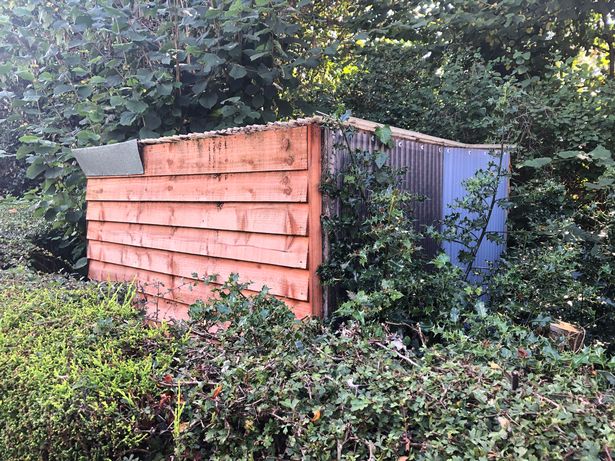 "The owner has told us that he likes his plants and trees to attract wildlife. While the garden may not be to everyone’s taste, we do not believe it breaches any planning laws that govern complaints of this nature, and when comparing it to similar cases."

Is Starbucks' apple crisp macchiato vegan and how many calories are in it?