An orchestra has been banned from performing with Placido Domingo at an upcoming festival over sexual harassment accusations levelled against the tenor.

The Orchestra of Extremadura was due to play with the famed opera singer at the Stone and Music festival in September but the government of the Spanish province voted at the weekend to prohibit it.

The move followed objections over the performance, which was to be the headline concert staged in the Roman amphitheatre at Merida, with some saying it was inappropriate to use public money to fund a performance by Domingo.

Irene de Miguel, a spokesperson in the Assembly of the United for Extremadura group, had said in relation to Domingo’s performance, announced on Friday, that it was ’embarrassing and regrettable’ that public funds were being used to support an event featuring ‘a person denounced by numerous women as a sexual harasser.’

Following the decision to cancel the performance, the Governing Council of the Junta de Extremadura announced that the programming of any event sponsored by the regional government must be approved, Operawire reported. 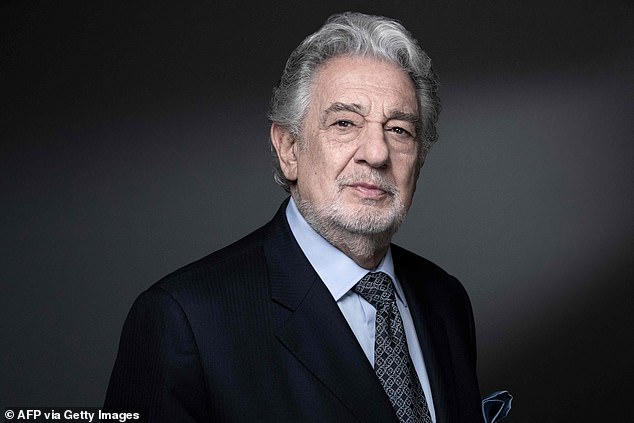 Several women have accused the 80-year-old singer of unwanted physical contact, including forcible kisses and fondling, alleged to have taken place over more than three decades.

The allegations resulted in Domingo being blacklisted by several opera houses, many in the United States.

In March 2020, an investigation by Los Angeles Opera concluded that ten accusations against the Spanish opera star between 1986 and 2019 were credible.

Domingo, who led the opera house until October 2019, initially apologised but later denied any misconduct, saying: ‘I have never behaved aggressively towards anybody, nor have I ever done anything to obstruct or hurt the career of anybody.’

After the accusations first came to light in August 2019, the American Guild of Musical Artists investigated and found Domingo guilty of sexual misconduct.

The move prompted several Spanish institutions to cut ties with the tenor but some have since rekindled their relationship. 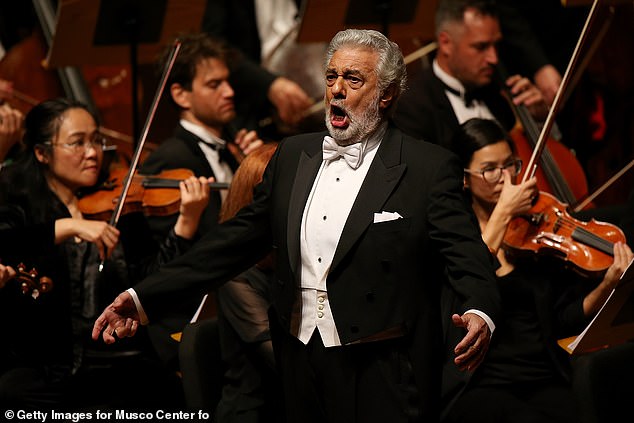 In March 2020, an investigation by Los Angeles Opera concluded that ten accusations against the Spanish opera star between 1986 and 2019 were credible [File photo]

He is next due to perform in Spain at the Starlite de Marbella festival this month.

While he hasn’t worked in the US since the investigations concluded, he has performances scheduled in Italy, Bulgaria, the Czech Republic, Austria and Monte Carlo over the next few months.

Domingo is credited with bringing opera to a mass audience through his performances as part of the three tenors alongside legendary singers Luciano Pavarotti and Jose Carreras.

The act became one of the world’s biggest box-office draws during the 1990s and 2000s, performing huge stadium concerts and touring worldwide.

The group’s performance at the 1990 World Cup opening ceremony in Rome was watched by a television audience of more than 800million. 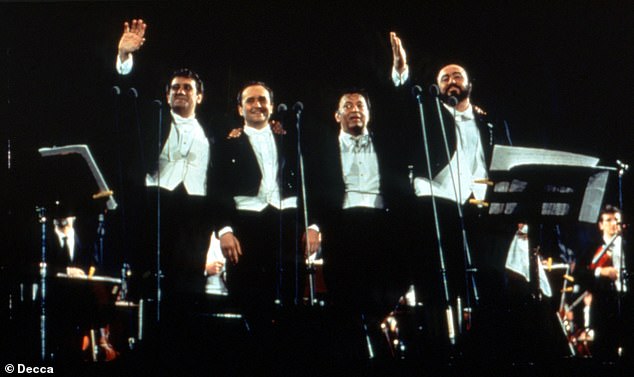 Domingo (left) is credited with bringing opera to a mass audience through his performances as part of the three tenors alongside legendary singers Luciano Pavarotti (right) and Jose Carreras (second from left). Pictured: The three tenors with conductor Zubin Mehta in 1993