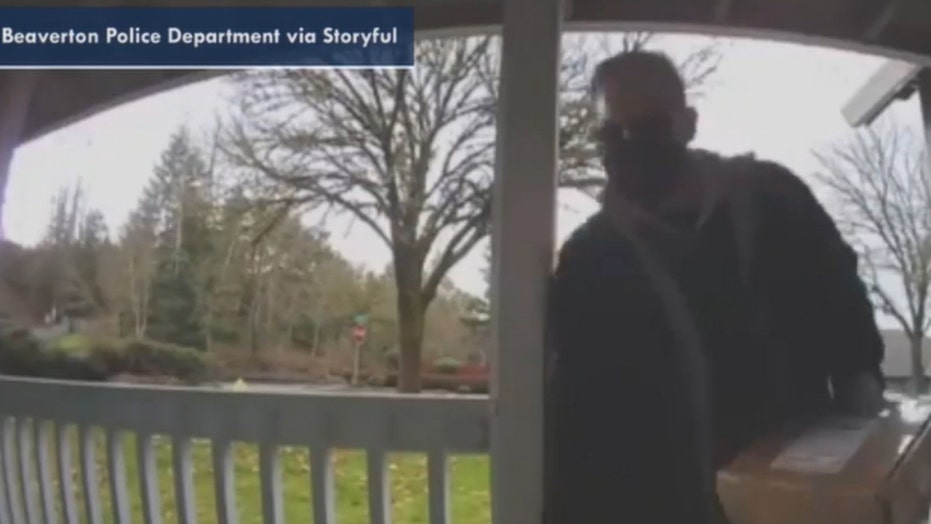 Police in Beaverton, Oregon, said they quickly apprehended a suspected porch pirate after a Ring doorbell camera captured the incident.

Oregon police made a porch piracy arrest over the weekend after a Ring doorbell camera captured a man grabbing a delivery package.

Wayne Leach, 36, has been charged with identity theft, mail theft and the unlawful possession of methamphetamine. Police say Leach grabbed the package from the front of a Beaverton residence then sped away with it.

The video from police posted online shows a man getting out of a dark gray 2006 Mazda and approaching the home with a package in hand, dropping it and simultaneously grabbing the one sitting on the porch.

The homeowner happened to be home at the time and called 911 with a description of the man and the vehicle.

An officer on call spotted the Mazda as it headed away from the scene and noticed that the driver matched the homeowner's description.

The stolen package was recovered, and it wasn't the only one in Leach's possession, according to police.

A spoon of art to discover countryside

University hit by suicides will flag students suspected of a breakdown