Dramatic video shows the moment a man pulls a gun on Antifa protesters as they clashed with demonstrators taking part in a “Freedom Rally” near the Oregon State Capitol on Sunday.

The older man — wearing an American flag sweatshirt — was filmed in Salem initially getting out of his pickup truck to survey the damage allegedly caused by the Antifa mob.

He initially appeared calm as the counter-protesters dressed all in black surrounded and mocked him, with some threateningly aiming canisters at him throughout the confrontation.

But the squabble took an ugly turn after he was either sprayed in the face or struck with an object — prompting him to flinch and draw his weapon on the crowd.

“Get away from me!” he shouted, yanking a handgun from his waistband and cocking it as he aimed it toward the leftist activists.

As the mob screamed about his loaded gun, an armed officer quickly approached and forced the driver to the ground, with a large force of riot police quickly swarming the scene.

“F–k you, Proud Boy!” some in the mob screamed as the officers kept the alleged gunman on the ground.

Oregon State Police Capt. Tim Fox told The Oregonian that the man — who was not identified — had not yet been arrested, and that officers were still investigating the case.

Three others were arrested, however, including an 18-year-old man was charged with five counts of “unlawful pointing of a laser,” state police said in a release.

Police said more than 100 left-wing protesters — many linked to the Youth Liberation Front — turned up to “prevent the Freedom Rally caravan” that was planning to meet at the Capitol. The mob is accused of damaging vehicles, including the alleged gunman’s, which was covered in yellow spray paint and had its windows smashed.

“Soon after their arrival, the Salem Police department began to receive reports that individuals from the Court Street group were targeting vehicles driving by,” the statement said.

“The victims reported their vehicles were damaged by paint-filled balloons, rocks and other hard objects being thrown at them as they passed,” the force said — highlighting one that “sustained significant damage after a large tree limb was thrown through the front window.” 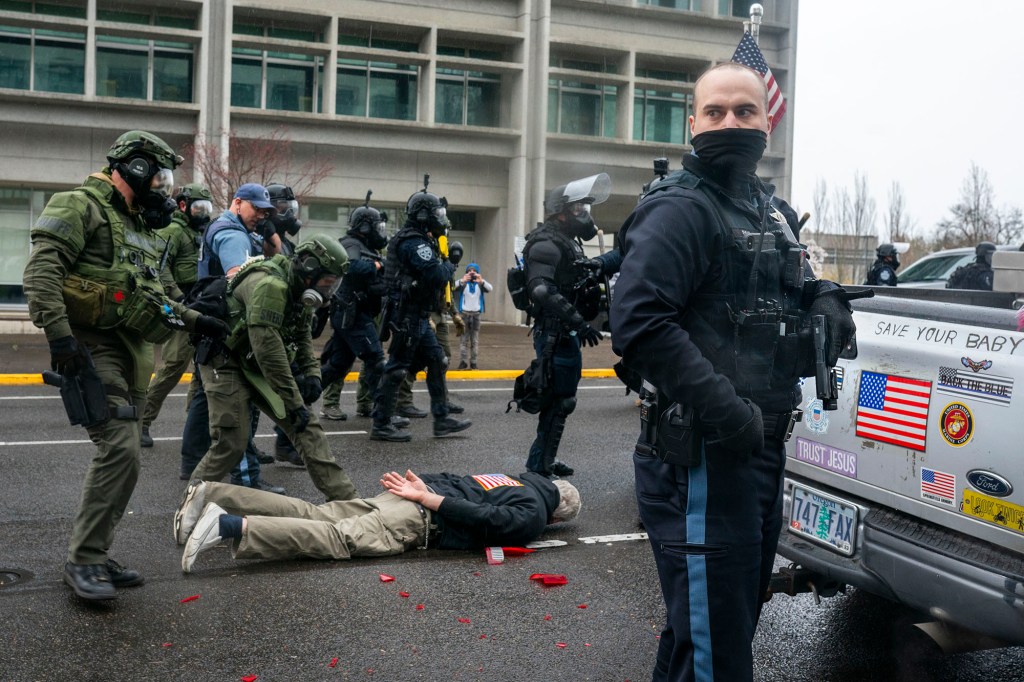 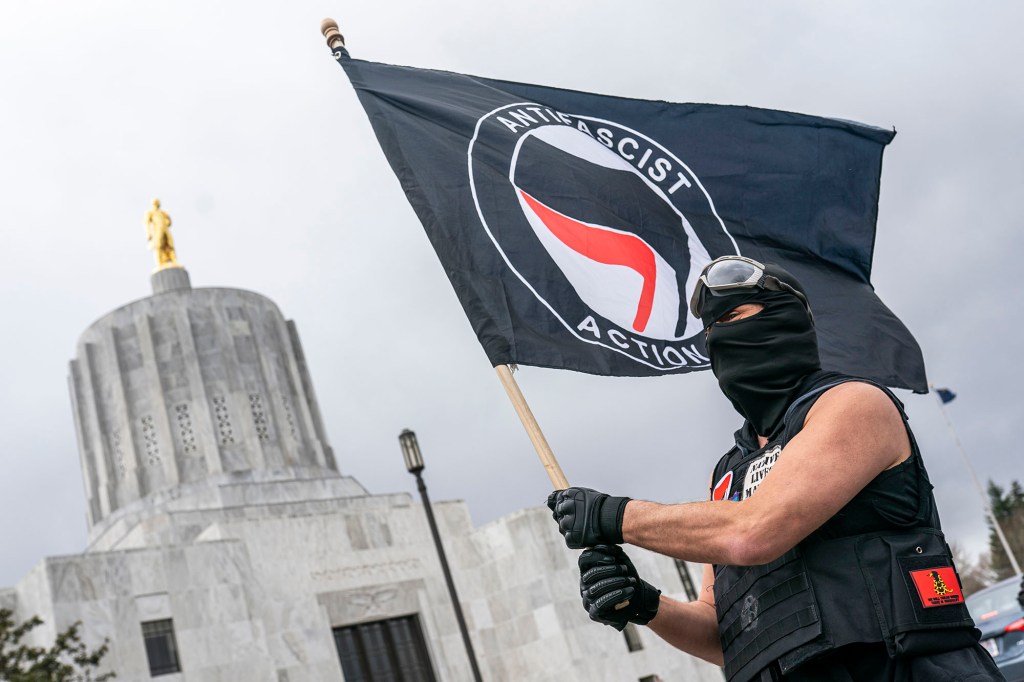 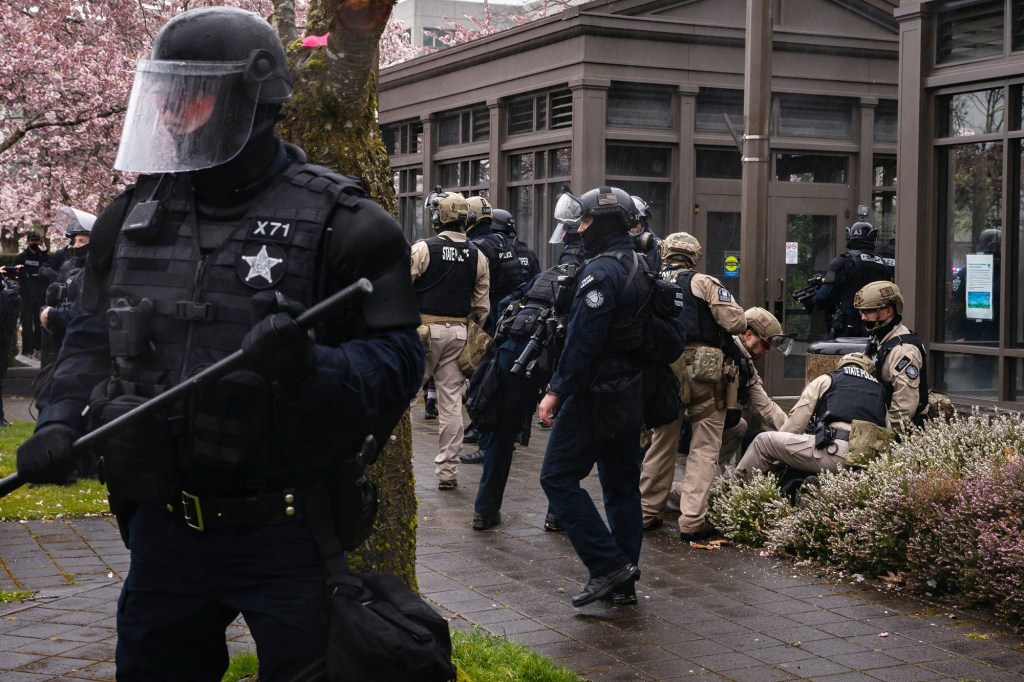 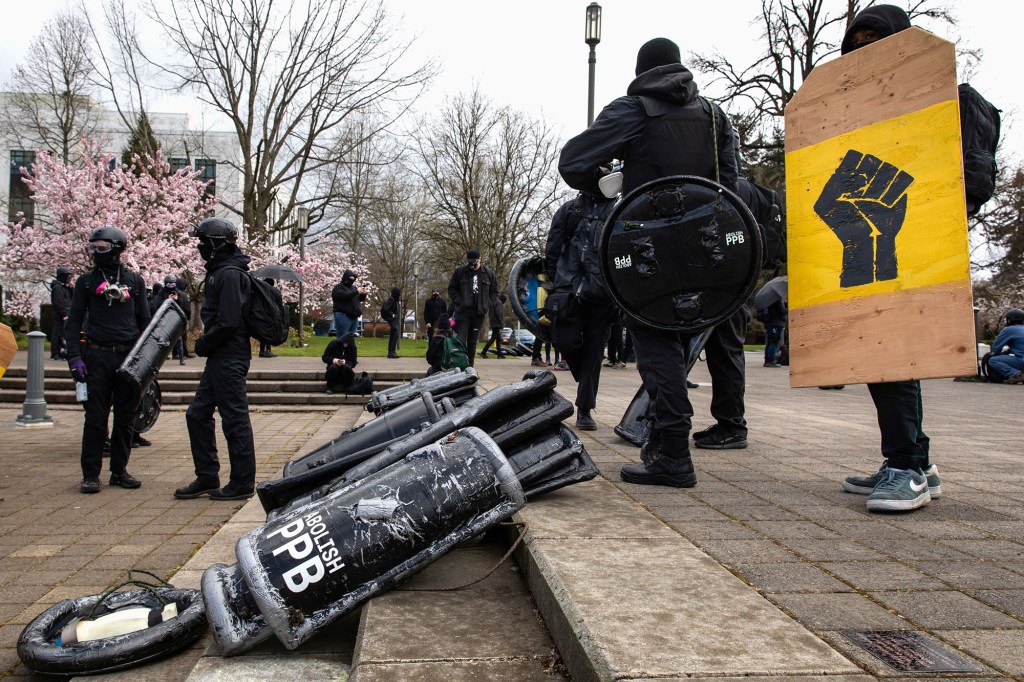