COPENHAGEN (Reuters) – Denmark’s Orsted will invest $30 billion in green energy up to 2025, it said on Wednesday, as it seeks to become one of a handful of future “renewable majors” leading a global transition from fossil fuels to green energy. 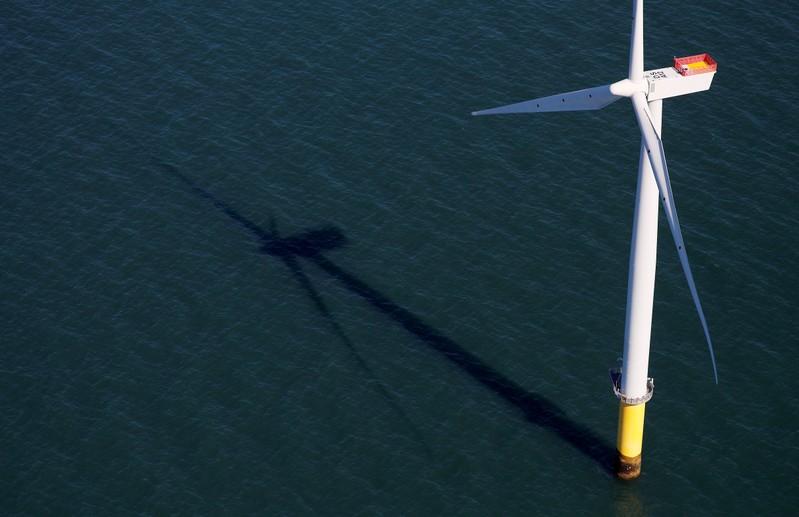 While renewable energy technology is now able to compete with traditional power sources, the industry remains vulnerable to changing political winds as governments around the world scramble on how to address climate change.

One of the key drivers will be expansion in the nascent U.S. market, where it recently made two acquisitions to gain a foothold in both onshore and offshore wind.

While Trump this week rejected projections from his own government that climate change will cause severe economic harm, many states have set ambitious targets to source energy from carbon-free sources.

However, so far the impact on Orsted’s business has not been negative, its U.S. chief told Reuters.

“It has been quite positive under this administration,” Thomas Brostrom said, pointing to efforts to remove red tape around environmental approvals and new auctions for acreage.

He said the efforts were driven more by consideration for energy independency and job creation rather than reducing carbon emissions.

Orsted is also betting big on growing in Taiwan, which with a big push to attract investments in renewable technology, has become a key battleground for the world’s top offshore wind developers seeking a foothold in Asia.

However, Orsted acknowledged that offshore wind projects in Taiwan could face delays after voters last week decided against a government plan to abolish nuclear power.

The vote prompted Taiwan to scrap its target of having no nuclear power by 2025 and to review its energy policy, which since 2011 has been driven by the Fukushima nuclear accident.

Before the vote, the island’s offshore wind market was expected to expand to 5.5 GW by 2025, with government investments into onshore and offshore wind of $23 billion.

“It was not a vote to stop the nuclear phase-out,” senior vice president at Orsted, Thyge Boserup, said.

“I think it’s rather the speed of the phase-out that is up for discussion,” he said.

Lawmakers grill Wall Street bigwigs over risks to US economy