The parents of a dead student have lost their legal battle to have his sperm frozen so they could potentially have a grandchild.

After hearing an urgent application in the Court of Protection while the 22-year-old man was in a coma, Mr Justice Poole ruled that the procedure would be an ‘invasion of his privacy’, the Times reported.

Despite his father telling the court that his son had often spoken about wanting children before having a stroke, the judge said there was insufficient evidence of his wishes. 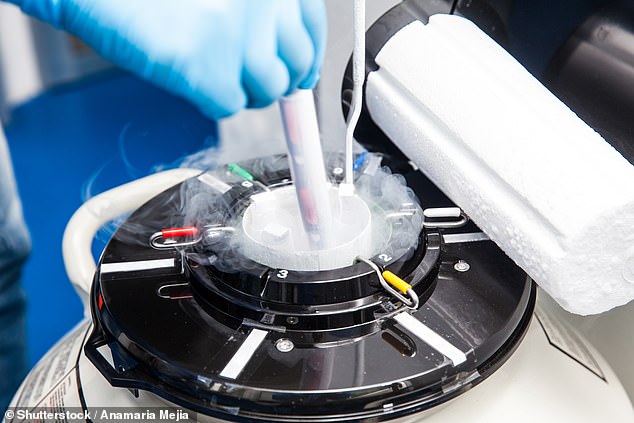 The parents of a 22-year-old man who died from a stroke have lost their legal battle to have his sperm frozen so they could potentially have a grandchild. (Stock image)

He said it would undermine the regulatory provisions of the Human Fertilisation and Embryology Act 1990 by allowing for the sperm to be frozen in a case ‘where there is no or little evidence that the incapacitous dying person would have consented’.

Conceiving children posthumously is not illegal but the law is very clear that there must be written consent.

Natalie Sutherland, a solicitor at Burgess Mee, who acted for the parents, said: ‘Those not yet thinking of reproducing, or those trying naturally, may find themselves in this position if death comes too soon.’