Fire chiefs have accused Peppa Pig of sexism after referring to firefighters as ‘firemen’ – though fans aren’t convinced.

The London Fire Brigade ignited a Twitter storm after they posted the offending cartoon clip and slammed its use of outdated stereotypes.

However, the post has attracted a flurry of sarcastic responses as many accuse them of being overly sensitive.

In a furious rant, the LFB wrote: ‘Come on @peppapig, we’ve not been firemen for 30 years. 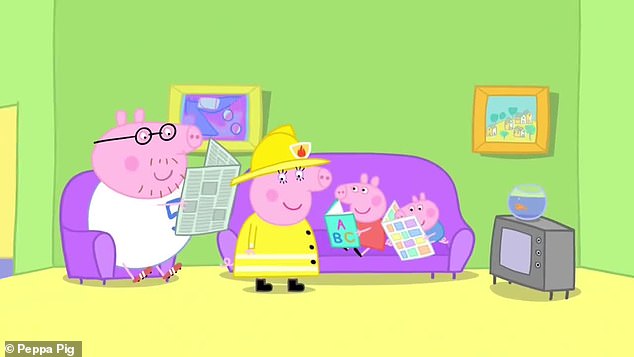 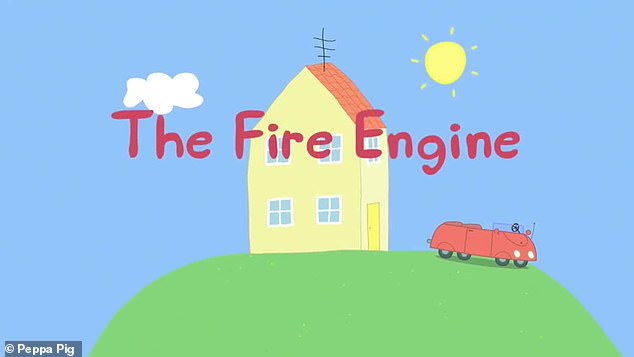 ‘You have a huge influence on kids & using out of date stereotypical gender specific wording prevents young girls from becoming firefighters.

However, the post may have been slightly premature – given the episode features Mummy Pig helping out at the fire station. 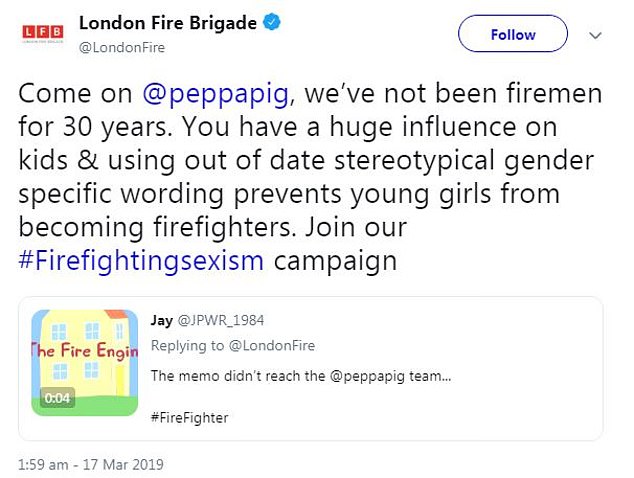 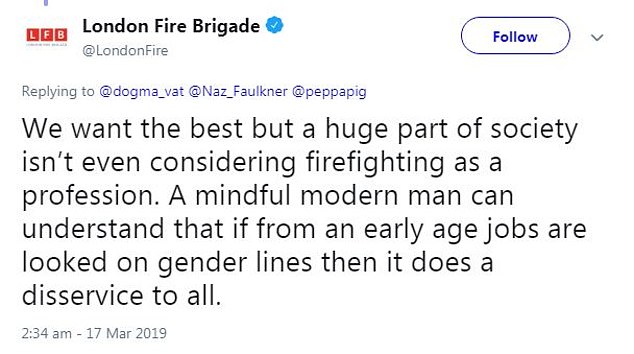 Despite the initial ‘fireman’ slip-up, the episode later sees the female character take control of the entire fire station.

The LFB has now been accused of overt political correctness, as many flocked to ridicule the post.

One tongue-in-cheek reply from chingfordjim read: ‘It’s a cartoon with a make believe pig.’ 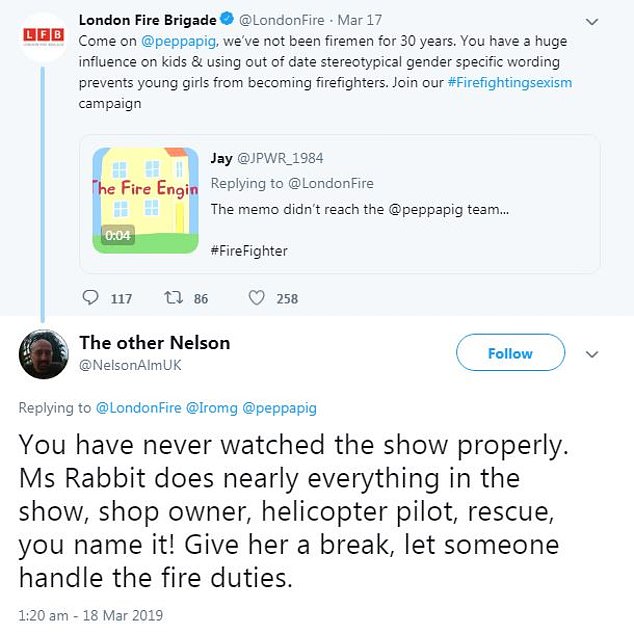 Some people on Twitter stood up for the cartoon, saying character Ms Rabbit was a feminist icon

While Zeebad replied: ‘Is it Postfighter Pat now? I can’t keep up.’

Others hailed cartoon character Ms Rabbit as a feminist icon.

Devoted fan The Other Nelson tweeted: ‘You have never watched the show properly.

‘Ms Rabbit does nearly everything in the show, shop owner, helicopter pilot, rescue, you name it! 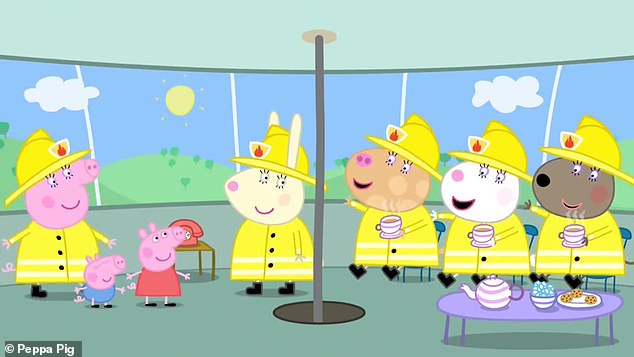 ‘Give her a break, let someone handle the fire duties.

Similarly, Is-It-Friday-Yet? Noted: ‘You’re taking gender role notes from a cartoon show where the father of the family is a bumbling fool who is psychologically abused and humiliated by his wife?’

Nevertheless, some commenters applauded the LFB for calling out the episode. 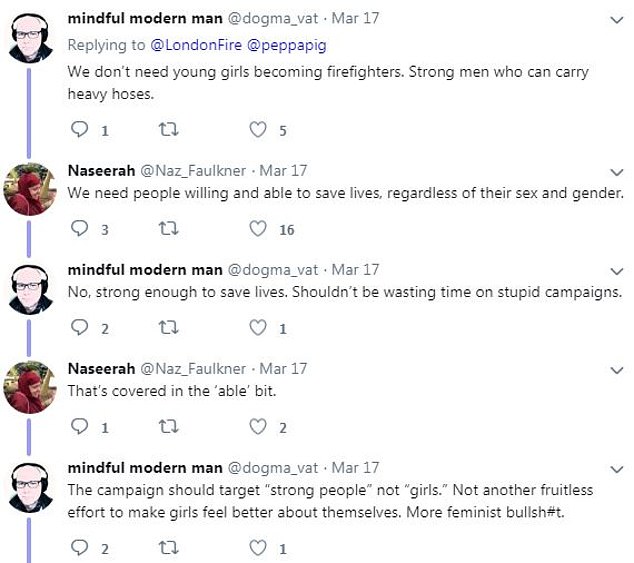 Reaction on Twitter was mixed to the LFB’s tweet, with one saying ‘we don’t need young girls becoming firefighters’

Anne wrote: ‘I normally stay away from twitter but am loving your replies £breathoffreshair #respect #firefighter #FirefightingSexism’

Peppa Pig is a 15-year-old children’s cartoon which is broadcast across the world.

It has attracted a cult following from kids and parents alike who regularly tune in to watch the adventures of Peppa, George and Miss Rabbit.

Downed line leaves 6,000 customers in Southdale without power, could be 6 hours before fix