LONDON (Reuters) – British Prime Minister Boris Johnson was getting better on Thursday in intensive care where he is battling COVID-19 as his government extended its overdraft facility and reviewed the most stringent shut down in peacetime history. 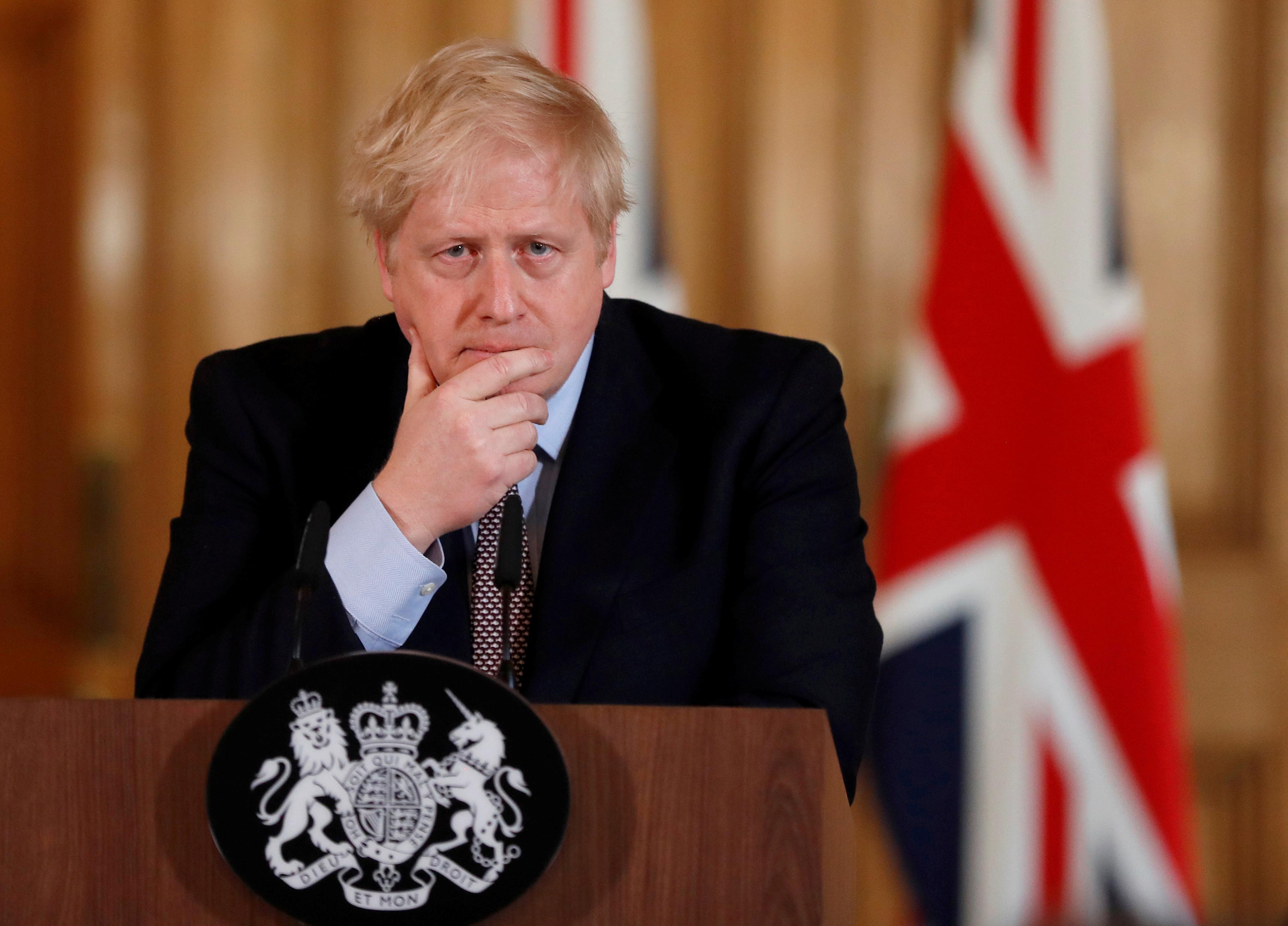 Johnson, 55, was admitted to St Thomas’ hospital on Sunday evening with a persistent high temperature and cough and was rushed to intensive care on Monday. He has received oxygen support but has not been put on a ventilator.

“Things are getting better for him,” his culture minister Oliver Dowden said on Thursday. “He’s stable, improving, sat up and engaged with medical staff.”

U.S. President Donald Trump said Johnson appeared to be doing “better” after what he described as a “tough bout”.

With a prime minister in intensive care, the British government was facing two major issues: how to finance a vast increase in state spending to support the shuttered economy and the timing of lifting lockdown measures.

As the world’s fifth largest economy faces potentially the worst economic hit since World War Two amid soaring spending, the government said it had expanded its overdraft facility with the Bank of England.

The Bank of England has agreed temporarily to finance government borrowing in response to COVID-19 if funds cannot immediately be raised from debt markets, reviving a measure last used to any significant degree during the 2008 financial crisis.

The government and BoE said any borrowing from the Ways and Means facility – effectively the government’s overdraft with the BoE – would be repaid by the end of the year.

The United Kingdom is entering what scientists say is the deadliest phase of the outbreak, with deaths expected to continue to rise over the Easter weekend.

The government’s emergency response meeting, known as COBR, will on Thursday discuss how it should deal with a review on lockdown measures.

Johnson’s designated deputy, Foreign Secretary Dominic Raab, will chair the meeting, but no final decision will be made at the meeting. London’s mayor and the Welsh government have both said the lockdown would stay in place.

The number of coronavirus infections and hospital admissions in Britain is beginning to show signs of flattening, said Stephen Powis, medical director of the National Health Service, indicating the shutdown measures were working.

“We are starting to see a plateauing – the first signs of a plateauing of infections and hospitalisations,” Powis told reporters.

Why it costs a fortune to get the best test for disabilities like ADHD, autism, dyslexia