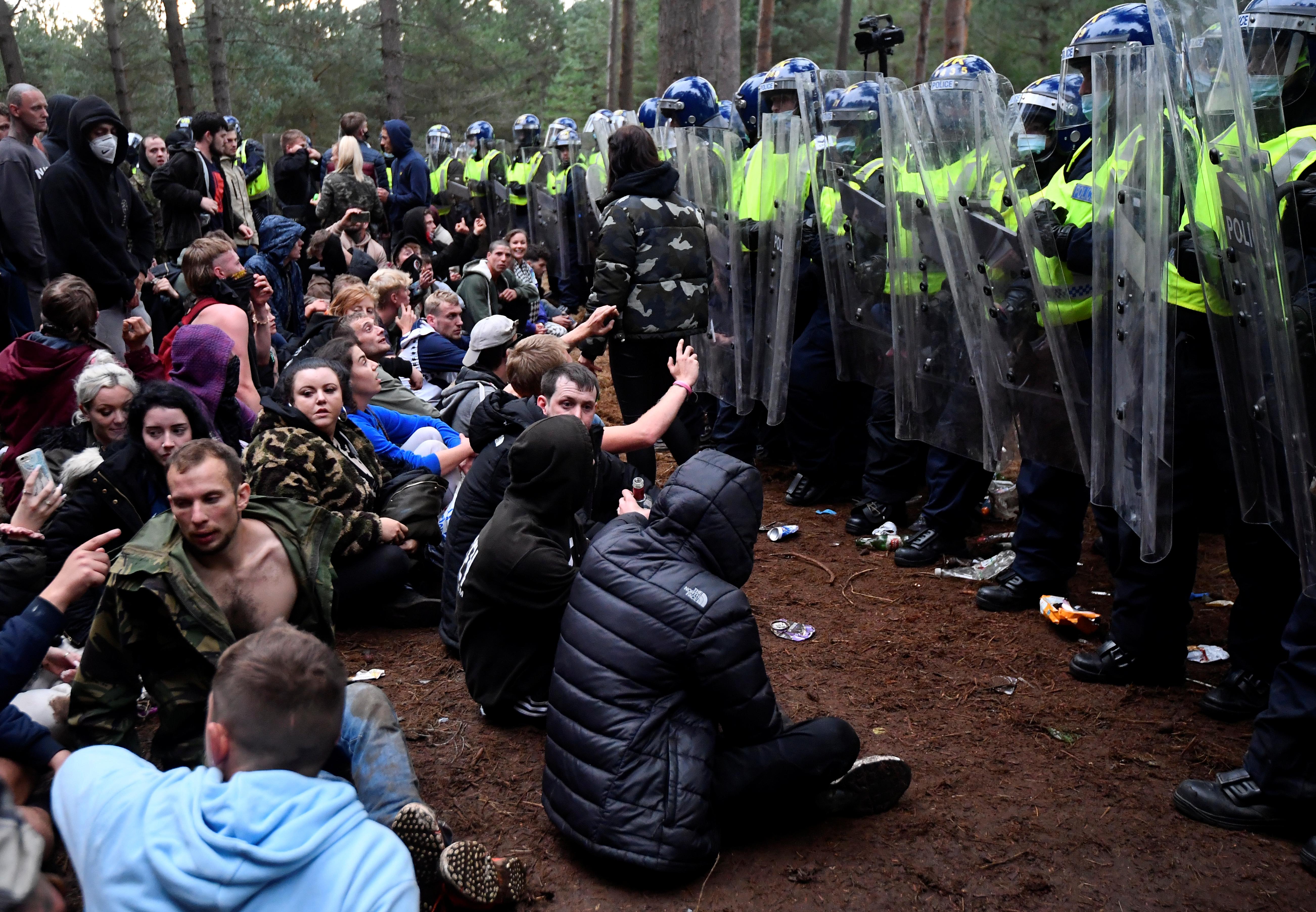 Dozens of officers, some holding protective shields, faced off with the revellers in Thetford Forest but despite a few scuffles, the party was largely dispersed peacefully. There did not appear to have been any arrests and the police dismantled the sound system.

Before a three-day bank holiday weekend, the government had said “those facilitating or organising illegal raves, unlicensed music events, or any other unlawful gathering of more than 30 people may face a 10,000-pound fine”.

“I understand people shouldn’t gather in groups of above 30 but people are itching to socialise and have a night out,” said one reveller who spoke on condition of anonymity.

“People don’t want violence,” the man added. “We’ve come here to socialise and then clear up after ourselves.”

The police have had to break up several illegal raves in other parts of England as the government tries to balance opening up the economy by loosening restrictions on socialising with protecting the public’s health.