Police officers will receive new powers allowing them to stop and search criminals previously convicted of carrying a weapon, under Government plans to tackle knife crime.

The Home Office is proposing to use Serious Violence Reduction Orders (SVROs) to imprison repeat offenders who are caught carrying a knife or offensive weapon – including those who have received non-custodial sentences.

Under the current stop-and-search laws officers typically must have ‘reasonable grounds’ to carry out the search, such as suspecting someone is carrying drugs or a weapon.

However the new plans will see courts be given powers to issue the SVRO on individuals convicted of carrying an offensive weapon and will allow officers to search individuals subject to the order.

The move comes after figures revealed the number of recorded knife crimes in England and Wales soared by 7 per cent to its highest ever level in 2019, with a third of all offences recorded in London.

Announcing the new powers, crime and policing minister Kit Malthouse said: ‘Knife crime has a devastating effect on young lives and our neighbourhoods. 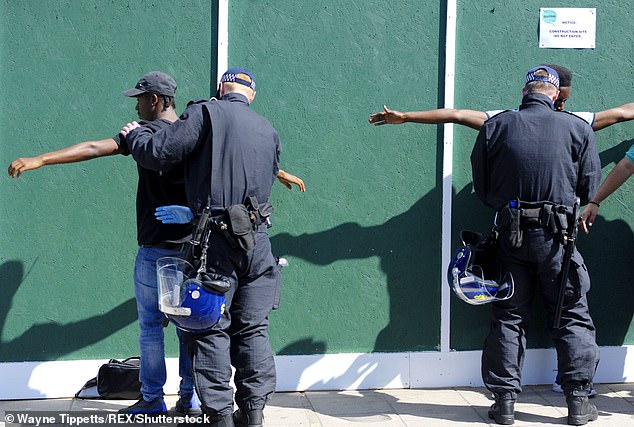 ‘Our ambition is for these new powers to transform the way stop and search is used by targeting the small number of the most serious and persistent criminals.

‘The law-abiding majority should not have to live in fear, which is why we are taking action across all fronts to keep them safe.’

Meanwhile the National Police Chiefs’ Council lead for Serious Violent Crime, Assistant Chief Constable Jackie Sebire, said: ‘We welcome this consultation and the opportunity it gives communities and partners to contribute their thoughts on the proposed power.

‘We know that it is only by listening and working together that we can bring about the sustained changes needed to tackle the harms of knife-crime.’

The Home Office launched an eight-week public consultation on the proposals on Monday, to determine monitoring and reporting requirements to ensure transparency.

The new law will allow officers to be able to stop and search those who are subject to an SVRO to check if they are carrying a knife or offensive weapon again.

If caught and convicted a second time, offenders could then expect to be handed a custodial sentence under the existing ‘two strikes’ legislation brought in by the Criminal Justice and Courts Act 2015.

Shadow home secretary Nick Thomas-Symonds said knife crime and reoffending has risen under the Tories as an ‘inevitable consequence of deep cuts to the police and preventive services’.

‘A range of actions are needed to tackle repeat offending, with a strategy that carries the confidence of all our communities, not simply a public consultation on piecemeal measures,’ the Labour MP added.

Meanwhile Liberal Democrat home affairs spokesman Alistair Carmichael called for a return to ‘community policing’ so officers can build a relationship with the areas they serve.

‘A targeted approach can only work if police officers have the trust and confidence they need to identify the weapon-carriers in their communities,’ he added. 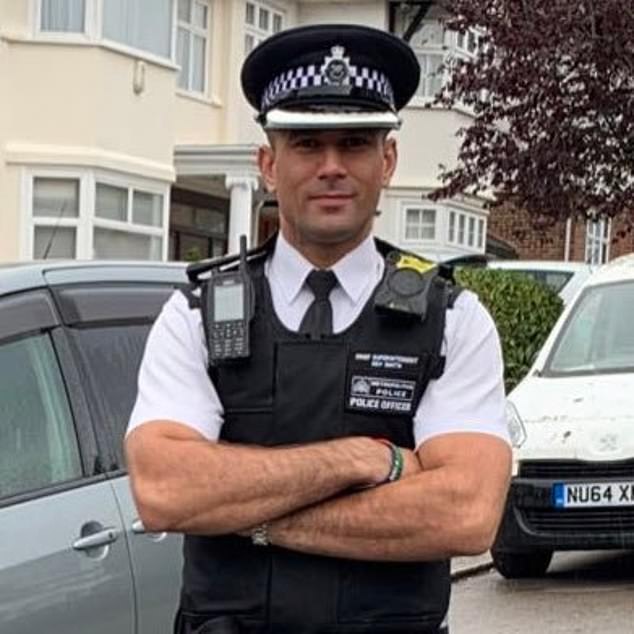 John Apter, the national chair of the Police Federation representing rank-and-file officers, said: ‘The vast majority of the public want to see police officers stopping and searching those who are the biggest risk, this will allow us to do this in a more targeted way.’

A spokeswoman from the Equality and Human Rights Commission added: ‘This is an important time in the dialogue between police and community and we offer our support to the Government to ensure that any new powers are proportionate, clearly communicated in order to build trust and only used with appropriate safeguards in place.’

The new powers come as Chief superintendent Roy Smith today condemned ‘baying mobs’ prompted by the Black Lives Matter movement who were crippling the efforts of police officers to stop and search suspects.

Earlier this year the officer described how he was leaving a community meeting when he responded to a 999 call.

Upon arrival to the scene, he was met by a hostile crowd shouting at an officer for detaining and searching a black teenager inside a shop.

After finding a knife on the young boy, Mr Smith described how he went back outside to the shouting crowds and held it out for them to see.

He later told The Times: ‘It sometimes feels like a baying mob. If it’s outrage, then outrage at what?

‘Are you seriously telling me that you are outraged that the police are enforcing the law?

‘That you are outraged that we are out there trying to stop people walking around the streets with weapons and from there being a bloodbath in London?’

The Scotland Yard police officer added that following the death of George Floyd in May, tensions around stop and searches in the capital had worsened.

Mr Floyd died after police officer Derek Chauvin put his knee on his neck in Minneapolis on May 25 for nearly nine minutes.

Following his death, thousands across the globe took to the streets calling for the officers involved to be jailed for their crime.