Three men wearing England football shirts who tried to rape a woman as she walked home are being hunted by police.

Although the serious attack, in which the trio tried to pull clothes off the woman during the early morning incident, happened a week ago, detectives have been unable to trace the sex attackers.

The woman was ambushed on Stuart Street by the three men as she walked home in Luton, Bedfordshire, soon after midnight on Monday July 12. 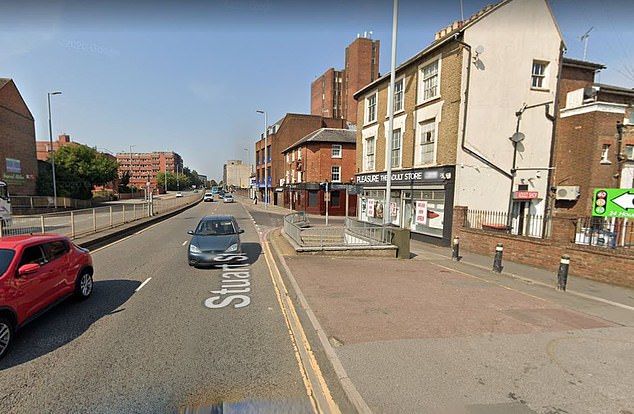 She struggled to break free from her attackers and managed to flag down a taxi driver on Buxton Raod who took her home.

The incident was the same day England played Italy in the Euros finals.

A spokesman for Bedfordshire Police said on Monday: ‘We are appealing for any witnesses following an attempted rape in the centre of Luton in the early hours.

‘At approximately 12.30am, a woman was walking along Stuart Street, the A505, after leaving the Castle Street area, in the direction of the Magistrates’ Court, when she was approached by three men who tried to engage her in conversation.

‘She walked away but they caught up with her and began to assault her and pulled at her clothes.

‘She wriggled free and ran towards Buxton Road where a taxi driver took her to her home address. As she walked along the route, she met a woman who walked with her part of the way.

‘The three offenders are described as white men wearing England football shirts. One offender was a tall man with blond hair.’ 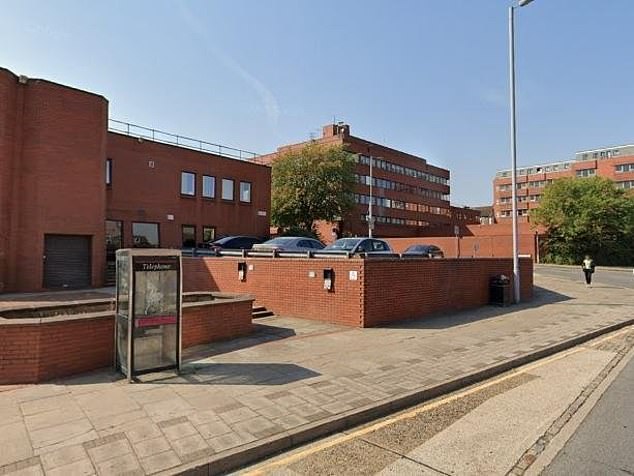 The woman struggled to break free from her attackers, ran to Buxton Road and managed to flag down a taxi driver who took her home

Investigating officer, Serena Mailes, said: ‘This was a terrifying incident for this young woman and we are following a number of leads.

‘The incident happened when a lot of people were out in Luton following the England v Italy Euro final and we are keen to speak to anyone who might have information.

‘We would very much like to speak with the woman who walked with her and also the driver of a white Prius taxi who came to her aid.

‘Additionally, we would like to ask anyone who was driving along the A505 dual carriageway at the time to check their dash cam footage.

‘This was a clearly terrifying ordeal and we understand that it may raise concerns among local residents.

‘We would welcome any information that would help us to identify the perpetrators.’