Police are sued for running over and killing a Grateful Dead fan, 51, with a BULLDOZER after he was caught growing pot on public land 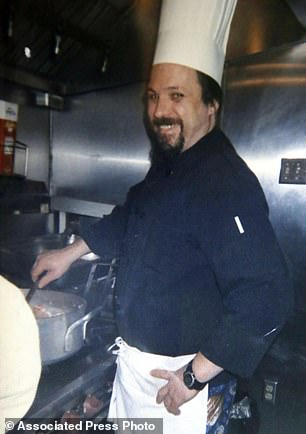 The family of a Grateful Dead fan who was fatally run over with a bulldozer by Pennsylvania State Police last summer has filed a federal lawsuit accusing troopers of acting recklessly and turning the victim into ‘human roadkill’.

Greg Longenecker’s relatives named as plaintiffs in the complaint filed on Monday said state police had no business chasing him with a dangerous piece of machinery – especially over a few marijuana plants the 51-year-old was cultivating on public land for personal use.

The man’s death last July, in a rural area about 75 miles outside of Philadelphia, also provoked outrage from a marijuana advocacy group.

‘They killed a beautiful human being, a caring, loving man,’ Longenecker’s uncle, Mike Carpenter, said. ‘He’ll never be able to share his life with us, or us with him, again. For no reason. He wasn’t hurting anyone.’

The chase developed as Longenecker – a short-order cook and avid vegetable gardener – and his friend, David Light, tended 10 marijuana plants in a small clearing on state game lands near Reading, Pennsylvania. 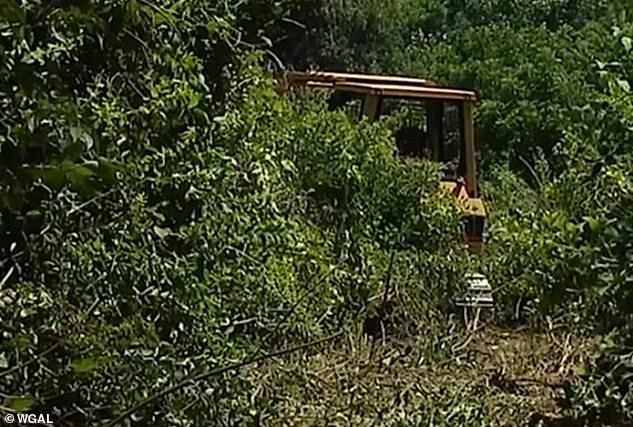 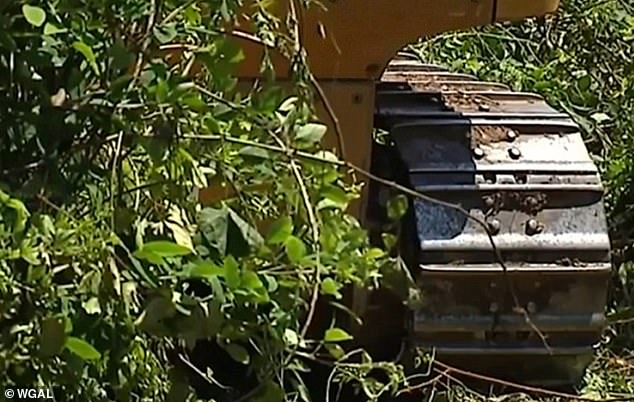 Officials claimed Longenecker was high on meth, crawled under the back of the bulldozer (pictured) and was crushed to death when it made a left turn

A Pennsylvania Game Commission worker, operating a bulldozer in the area, spotted their car parked in a field where vehicles were not allowed and called police.

Light surrendered, but Longenecker fled, disappearing into the thick vegetation.

State police began a lengthy search. A state police helicopter spotted Longenecker in the underbrush, and the game commission worker, with a trooper aboard, used the bulldozer to blaze a trail in pursuit.

The bulldozer was traveling no more than 1 or 2mph, according to an official account. 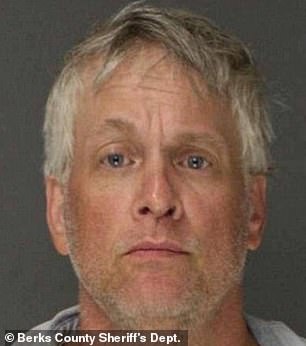 Longnecker’s friend David Light (pictured), 55, who was with him tending to the pot plants that day, surrendered to the state troopers

How Longenecker got caught in the machine’s treads is hotly disputed.

Authorities concluded he was high on methamphetamine, crawled under the back of the bulldozer in an attempt to elude capture, and was crushed to death when it made a left turn.

‘That morning, Gregory was not high or under the influence. He was normal,’ Light wrote in an affidavit obtained by the Associated Press.

Light, 55, pleaded guilty to misdemeanor drug charges and was accepted into a program for first-time offenders.

Longenecker’s family questioned why state police did not get a warrant for his arrest and detained him at a later time, given they knew his identity and that his crime was relatively minor.

Berks County District Attorney John Adams – the prosecutor who determined that state police acted appropriately – insisted that Longenecker put himself in harm’s way by fleeing from the authorities.

‘His behavior was despicable,’ Adams said. ‘They yelled to him, they asked him to surrender. He did not surrender.’ 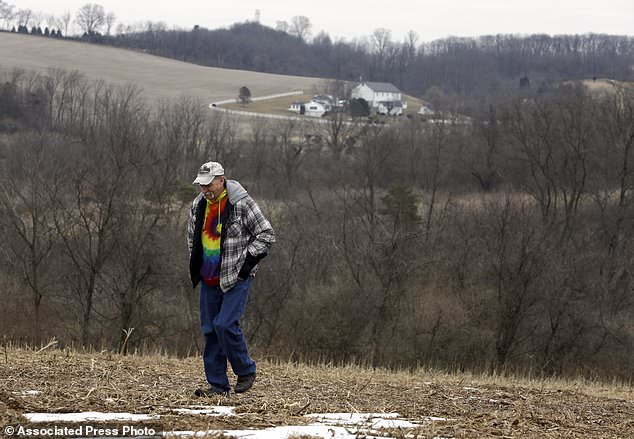 Mike Carpenter, uncle of Greg Longenecker, walks the field where the Grateful Dead fan was killed by the bulldozer 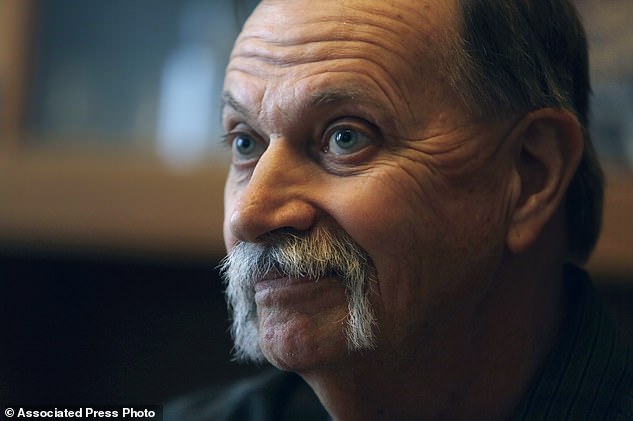 Carpenter, who is named a plaintiff in the lawsuit, said his nephew was a ‘beautiful human being’ who was killed for no reason

Longenecker likely would have faced probation over his marijuana plants, Adams said.

He said Longenecker’s family would have been just as angry had troopers abandoned the search, and it turned out that Longenecker was injured and in need of medical attention.

But at least one state police official has evidently acknowledged the situation could have been handled differently. 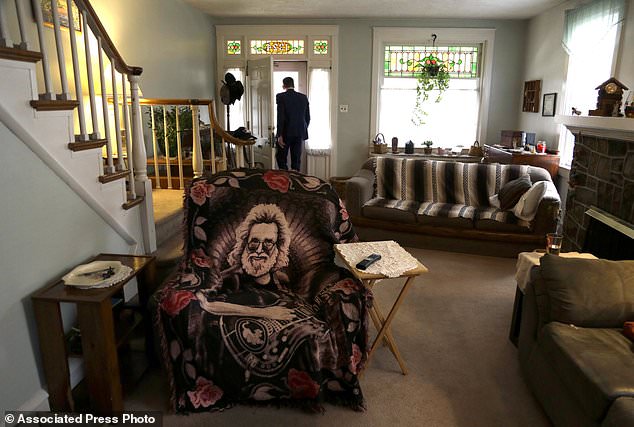 A Jerry Garcia blanket covers Greg Longenecker’s chair at a home he shared, in Reading, Pennsylvania 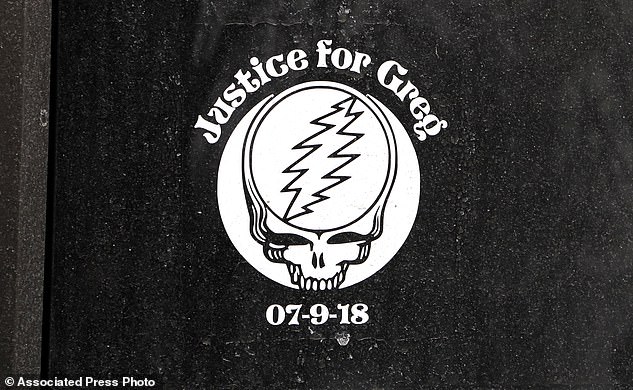 Carpenter, Longenecker’s uncle, said he met with Sgt. William Slaton from state police headquarters about a month after Longenecker’s death.

A state police spokesman would not confirm or deny Carpenter’s account.

The civil rights lawsuit seeks unspecified damages against state police, the game commission and the individuals involved in the pursuit.

‘State police ran Gregory Longenecker over with a government-operated bulldozer and essentially turned him into human roadkill,’ said the family’s lawyer, Jordan Strokovsky. ‘There will be a thorough investigation and a lot of questions will be answered, and ultimately, those who need to be held accountable will be held accountable.’

When was the Manchester terror attack vigil and where else did the UK pay tribute to the bombing victims?