Influential figures in the Catholic Church have called out the Pope for allegedly promoting “idolatrous worship” of symbols of fertility after pan-Amazon bishops visited the Vatican last month. Featuring at the Synod were statuettes of “fertility goddess” Pachamama, a god worshipped predominantly in the Andes and also known as the ‘Earth Mother’. The indigenous deity did not go down well with some in the Catholic Church, with some dubbing the statuettes as “pagan idols” and a “false goddess of mother earth”.

According to reports, Pope Francis was forced to apologise to Amazonian bishops and tribal leaders after the statuettes were dumped in a nearby river, the Telegraph reports.

The letter written by conservative figures in the Catholic Church said: “Absolutely all participation in any form of the veneration of idols is an objectively grave sin that only God can judge.”

It added that Francis should “repent publicly and unambiguously of all the public offences that he has committed against God and the true religion”.

The letter also scathingly condemns Pope Francis’ acceptance of the statuettes and refers to his leniency as a “terrible sin”. 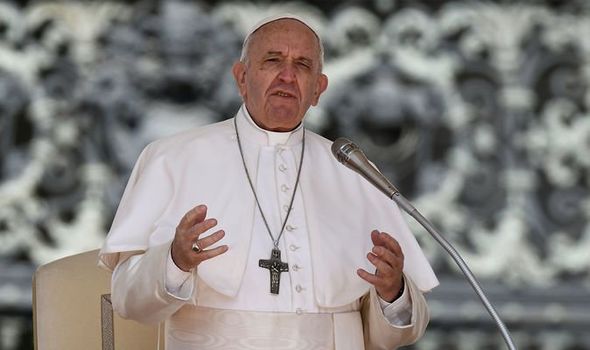 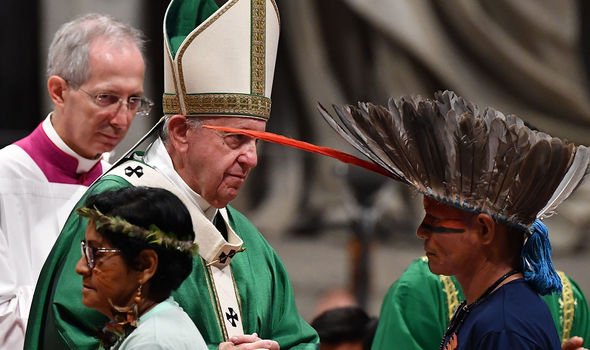 It reads: “The rendering of worship to anyone or anything other than the one true God, the Blessed Trinity, is a violation of the First Commandment.

“Absolutely all participation in any form of the veneration of idols is condemned by this Commandment and is an objectively grave sin, independently of the subjective culpability, that only God can judge.

“With immense sorrow and deep love for the Chair of Peter, we beg Almighty God to spare the guilty members of His Church on earth the punishment that they deserve for these terrible sins. 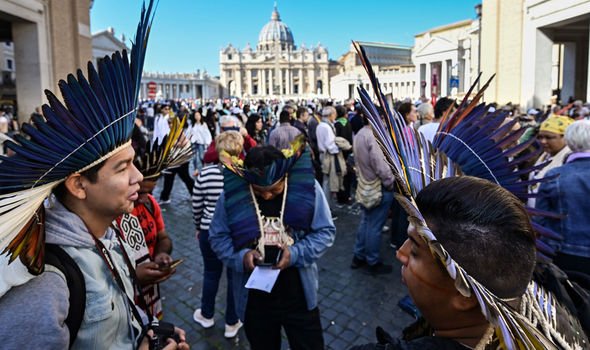 “We respectfully ask Pope Francis to repent publicly and unambiguously of these objectively grave sins and of all the public offences that he has committed against God and the true religion, and to make reparation for these offences.

“We respectfully ask all the bishops of the Catholic Church to offer fraternal correction to Pope Francis for these scandals, and to warn their flocks that according to the divinely revealed teaching of the Catholic faith, they will risk eternal damnation if they follow his example of offending against the First Commandment.”

The letter was signed by around 100 intellectuals, historians and clergy – highlighting growing division in the Catholic Church.

Pope Francis also attracted criticism after he suggested that married men in the region could become priests, a policy that aims to address the shortage of Catholic clergy in the region.

In the aftermath of the division, the Pope warned against “envy” and “rivalry” in a statement. 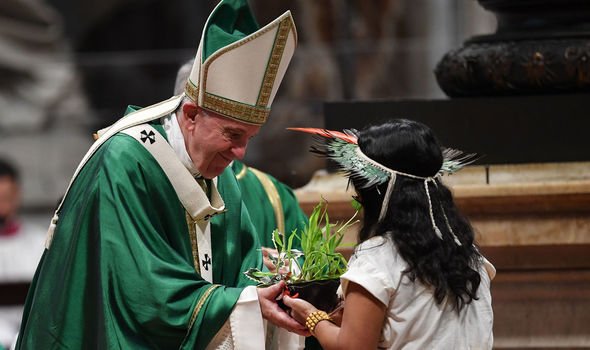 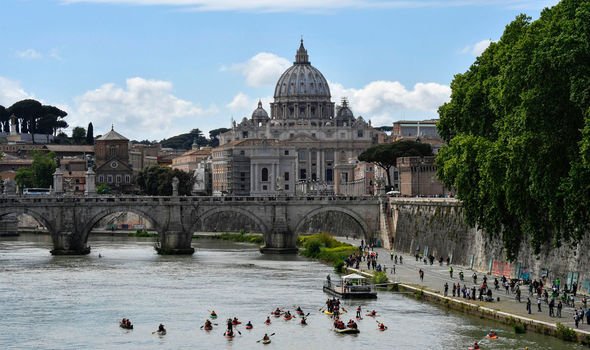 He added: “When you talk badly about someone you destroy them. “The tongue is a fearsome weapon – gossip kills, slander kills, but the jealousy and the envy of the one destroyed the other.”

Despite its inclusive and logistic motivation, critics of the Pope expressed disdain at the idea citing fears that it would end the long tradition of celibacy.

The Pope’s progressive approach has seen a wholesale change in the Catholic Church.

This policy will likely lead to his replacement holding similar values when he departs from the role.

'The system is set up to fail': 20 years on, 9/11 mastermind still awaits Guantanamo trial

Acnecide over-the-counter acne treatment available in Boots and Superdrug ruins towels – what’s it doing to my SKIN? – The Sun