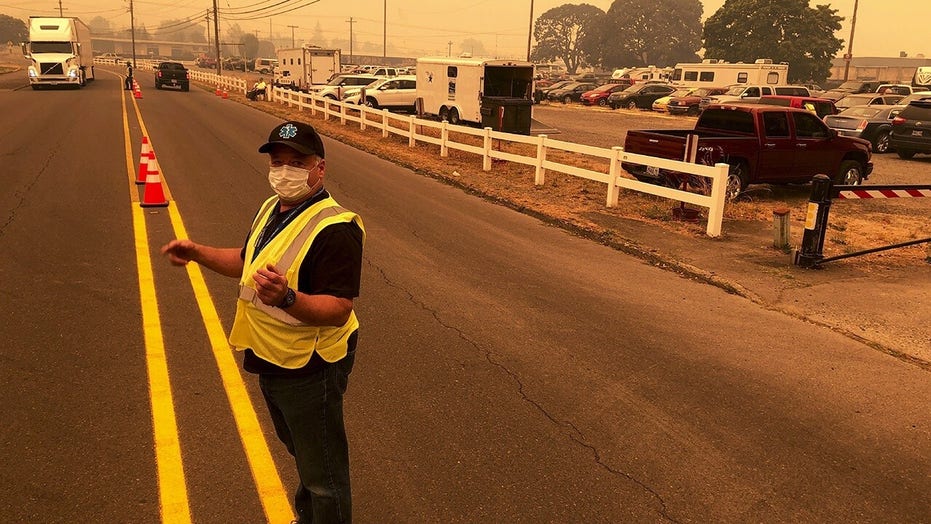 Wildfires are prompting evacuations in Oregon as homes are being destroyed and thick smoke fills the sky; Amber Wilmarth reports.

Oregon’s largest city reportedly declared a state of emergency Thursday as 500,000 residents across the state – more than 10% of the population — have been forced to flee their homes due to fast-moving and deadly wildfires.

Portland Mayor Ted Wheeler's office made the emergency declaration due to the threat of fire as more than 35 wildfires spurred on by dry and windy conditions have charred in excess of 900,000 acres statewide, KGW-TV in Portland reported.

Portland’s firefighting resources have been depleted recently because many first responders are helping battle wildfires burning in other parts of the state.

Smoke from the fires has also left the city with an unhealthy and hazardous air quality that could be dangerous for people with respiratory issues, children and older adults, according to the Environmental Protection Agency's website..

Under the emergency declaration, public parks and other city-owned open spaces are closed to the public, the city’s homeless will be relocated to safe areas and evacuation shelters will be activated for fire victims and those left homeless by a fire, according to KGW.

More than 3,000 firefighters are battling dozens of fires in the state, which have already destroyed hundreds of homes.

By Thursday, at least 4 people had died in the fires, officials said, including a 12-year-old boy found with his grandmother and dog after attempting to escape the Santiam Fire in Marion County, south of Portland.

The emergency declaration remains in effect until Sept. 24, KGW reported.