Manchester: In his first speech as prime minister at the Conservative Party conference, Boris Johnson struck a conciliatory tone, outlining a compromise with Brussels in a last-ditch bid to "get Brexit done". 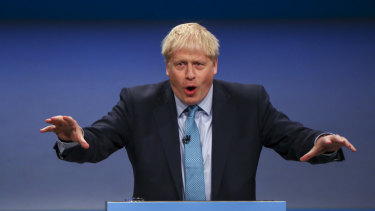 Addressing 6000 members gathered in the northern English city of Manchester, Johnson proposed an all-island regulatory zone for the island of Ireland covering all goods and agrifood.

This would prevent a physical border of customs checks on the island, something viewed as critical to preserving peace between the Republic and the north while at the same time freeing Britain from adhering to EU regulations after Brexit.

Under the plan, the Northern Ireland assembly and executive would be required to give their consent to this arrangement and every four years afterwards, before the end of a transition period after Brexit in December 2020.

Northern Ireland would stay part of the UK's customs territory but to avoid customs checks, a declaration system would be introduced with a simplified process for small traders, along with a trusted-traders scheme. 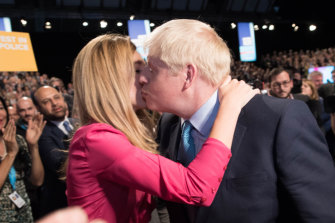 Johnson spoke with the President of the European Commission Jean-Claude Juncker who shortly after issued a statement in which he "acknowledged the positive advances" but noted "some problematic points" that will need further work.

Both said they were working 24/7 to get a deal before Britain's departure scheduled 31 October, although in reality any agreement will be struck earlier, at an EU summit in a fortnight.

But Labour Leader Jeremy Corbyn ruled out the opposition's support, setting the Conservative government, which has a majority of minus 40, on another collision course with the Parliament, which cannot agree on a Brexit formula. 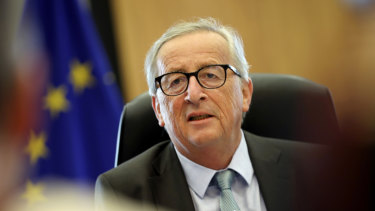 Johnson warned the EU that if it was not ready to compromise Britain was prepared to crash out in a No Deal Brexit which was not his preferred option, but for which his government would be ready.

"Are we ready?" Johnson asked the Tory membership, which responded "yes" enthusiastically.

He said Brexit must be concluded to unite Britain and protect democracy.

"[Voters] are beginning to suspect that there are forces in this country that simply don't want Brexit delivered at all," Johnson said.

"And if they turn out to be right in that suspicion, then I believe there will be grave consequences for trust in our democracy." 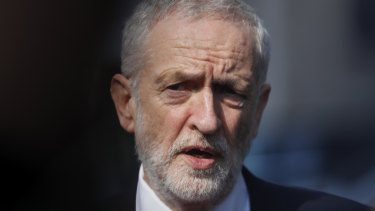 The document said the proposals would ensure the integrity of the European Union Single Market and would be in keeping with the 1998 Good Friday peace deal which largely ended three decades of sectarian strife in the province.

"It is, as such, a proposal for an agreement which should be acceptable to both sides," it concluded.

Johnson has written to European Commission's Juncker offering what he calls a "reasonable compromise" for amending Britain's Brexit deal.

Johnson's letter to Juncker says he wanted to replace the agreed "backstop" with alternative customs arrangements.

Britain's proposals deal "pragmatically" with the impact of Brexit on Northern Ireland, which will leave the EU with the rest of the United Kingdom, and EU member state Ireland, Johnson said.

"I hope that these proposals can now provide the basis for rapid negotiations towards a solution," he told Juncker in the letter.

Johnson will hold talks with EU leaders later on Wednesday and is ready for an intense period of negotiations after he set out his new Brexit proposal, his spokesman said.

"We are putting forward proposals that we would like to build upon. I think what is important is seeing that the EU is willing to engage with this broad landing-zone and to go into ten days of, as I say, fairly intensive discussions with us," the spokesman said.

"If the EU, obviously, don't show they are prepared to engage with this proposal then the prime minister has been clear that we will move forward and leave without a deal."

Whole of Italy put on lockdown to halt spread of coronavirus

US Election 2020: What happens after the votes are counted? Timeline