‘Predatory’ paedophile, 53, who lived next door to a primary school and directed a man in the US to sexually abuse a toddler as he watched online is jailed for 20 years

A ‘predatory’ paedophile living next door to a primary school who directed a man in the US to sexually abuse a toddler while he watched online has been jailed for 20 years.

Luke Smith, 53, lived just yards away from the school in West Sussex as he begged the man to commit the horrific acts to a 20-month-old toddler on camera for him.

He then moved to a new home sandwiched between two inner-city schools in Portsmouth which are a stone’s throw from each other.

But the convicted paedophile has been jailed for 20 years after a string of offences including posing as a 20-year-old woman on an online messaging service to convince the unnamed man in the US to sexually abuse his partner’s son.

Officers from Sussex Police worked alongside the FBI in the US to catch the predator who was committing crimes online while using fake names and a different gender.

Smith had been living on a street right next to Barnham Primary School in West Sussex.

But a few months later, he moved to a road in Portsmouth right next to Mayfield School and round the corner from Cliffdale Primary Academy. 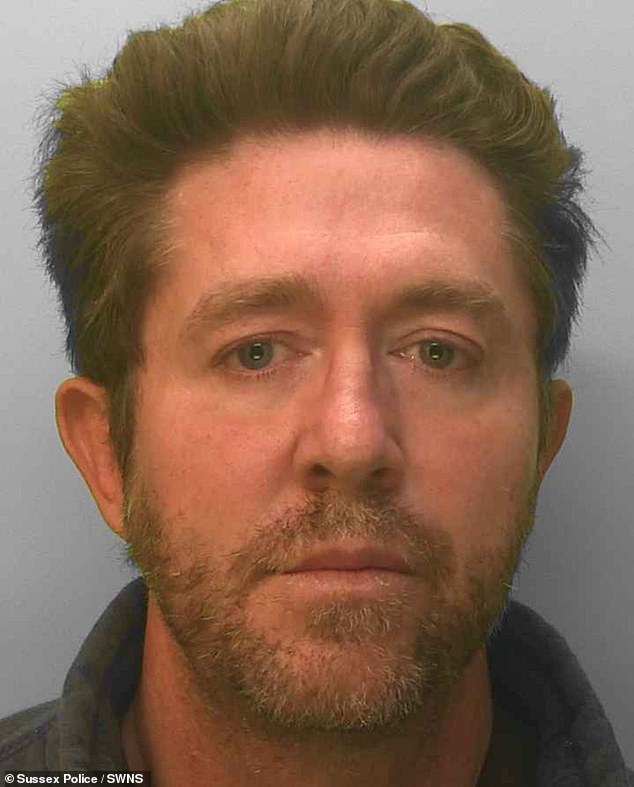 ‘Predatory’ paedophile Luke Smith (pictured), 53, who was living next door to a primary school, has been jailed for 20 years

Smith admitted 13 child sex offences at Portsmouth Crown Court – nine of which were encouraging the penetrative sexual assault of a child under 13 and four of making indecent images of children.

The offences occurred between July 2018 and December 2019.

Detective Sergeant David Rose, from Sussex Police, said: ‘Luke Smith is a predatory paedophile who thought he could hide by committing his crimes online while pretending to be a different gender and using a fake name.

‘Although Smith’s actions cannot be undone, we hope that his admission of guilt and long custodial sentence will bring some form of closure to the victim and his family.

‘His actions are amongst the most reprehensible the team have encountered, and I thank them for their strength and professionalism throughout the investigation.

‘We would also like to place on record our thanks to the FBI for their help and transparency during the investigation.’

Smith is now on the sex offenders register for life.