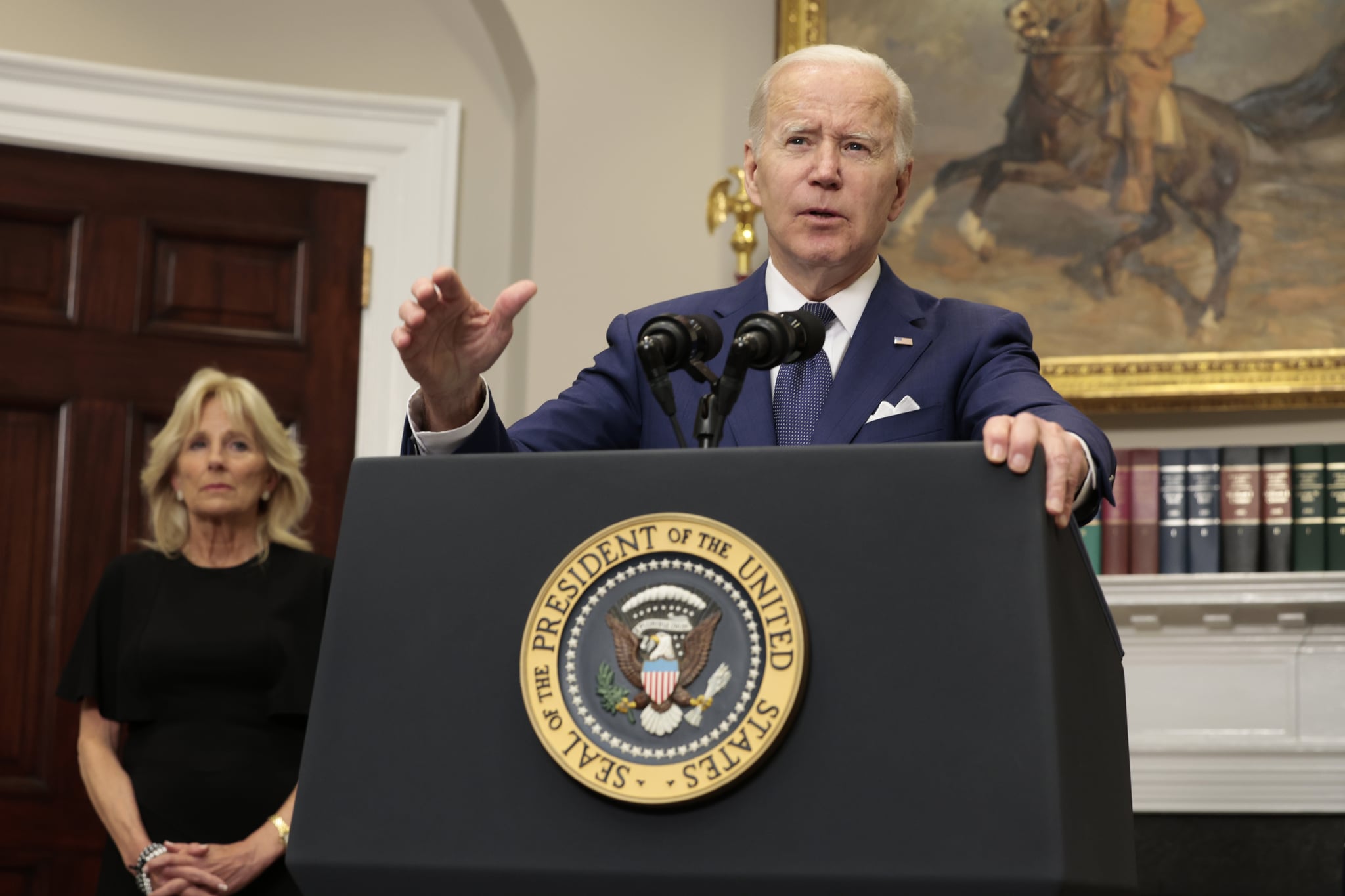 A visibly angry President Biden addressed the nation in the wake of the mass shooting at Robb Elementary School in Uvalde, TX, on May 24. Today’s violence marks the deadliest mass elementary-school shooting since the attack at Sandy Hook Elementary School in Newtown, CT, in 2012. President Biden was vice president at the time of the Sandy Hook shooting, and taking the podium at the White House today, he said he’d hoped never to have to give this kind of address as president.

To viewers watching his broadcast, including lawmakers, Biden made the urgent plea for immediate gun reform across the US. “Don’t tell me we can’t have an impact on this carnage,” he said. “Why are we willing to live with this carnage? Why do we keep letting this happen? Where in god’s name is our backbone? . . . It’s time to turn this pain into action for every parent, for every citizen, in this country. We have to make it clear to every elected official in this country: it’s time to act.”