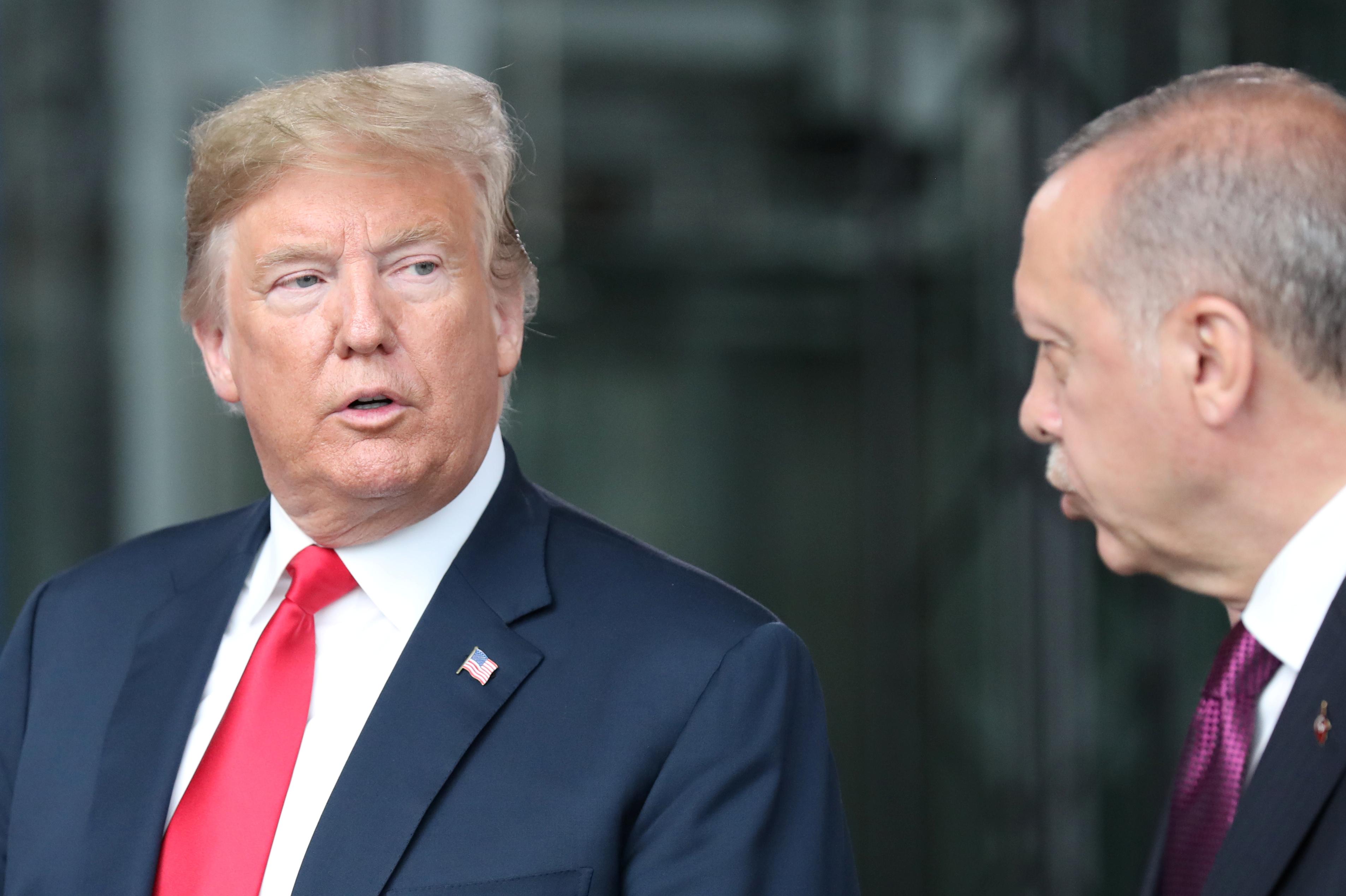 “While nothing definite is being planned, the President is open to a potential meeting in the future,” White House spokesman Hogan Gidley said in a statement.

The conflict in Syria following Trump’s announcement of a U.S. pullout, the fallout from the murder of a U.S.-based Saudi journalist in the Saudi consulate in Istanbul, and Turkey’s demand for the extradition of a Muslim cleric from the United States are among the main issues occupying the two NATO allies.

The Turkish presidency said Trump and Erdogan agreed during a phone call on Sunday to coordinate to prevent an authority vacuum from developing as the United States withdraws from Syria.

Erdogan welcomed Trump’s abrupt decision last week to withdraw American troops from Syria, which has upended U.S. policy in the region and would remove a source of friction between the two countries.

A senior U.S. official said Trump had not discussed the pullout decision with Erdogan in advance.

U.S. military officials will visit Turkey this week to discuss the details of the Syria pullout with their counterparts, an Erdogan spokesman said on Monday.

Trump and Erdogan have taken different tacks in their response to the Oct. 2 killing of journalist Jamal Khashoggi.

Trump has said he wants Washington to stand by the Saudi government and its de facto ruler, Crown Prince Mohammed bin Salman, despite a CIA assessment it was likely the prince had ordered the killing.

Erdogan has pushed to keep international attention on Khashoggi’s killing and put the spotlight on the prince. Saudi Arabia has said the prince had no prior knowledge of the murder.

Trump said last month he was not considering extraditing Muslim cleric Fethullah Gulen, whom Turkey blames for a failed 2016 coup, as part of efforts to ease Turkish pressure on Saudi Arabia over the killing of Khashoggi.

Turkey’s foreign minister said last week that during a meeting with Erdogan in Buenos Aires several weeks ago, Trump said he was working on extraditing Gulen.

A senior White House official later said that during the Argentina meeting, Trump did not commit to handing over Gulen to Turkey.