Pret is flooded with 5,000 complaints over its five-drinks a day subscription deal due to customers being unable to get frappes or smoothies and staff so overwhelmed they pretended machines were BROKEN

Pret has been hit with 5,000 complaints over its five-drinks-a-day subscription deal with customers saying they are unable to get frappes and smoothes.

The Advertising Standards Authority (ASA) said it had told Pret to ‘consider reviewing’ its advertising campaign for the £20-a-month subscription.

The campaign says that Pret subscribers can choose five drinks, including coffees, teas, frappes and hot chocolates, every day as part of the deal by scanning a code at checkout.

However, customers complained that they were often unable to get smoothies on the deal, as many shops said they were unable to make them.

According to the BBC, customers had made about 5,000 complaints to Pret about the deal, which was launched a little over a year ago.

Ex-Pret staff have also told the broadcaster that introduction has meant workers feel overwhelmed by the increased workload. 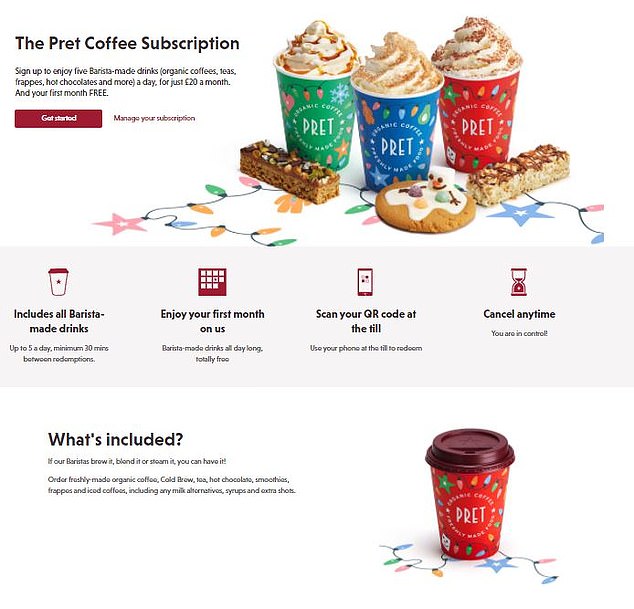 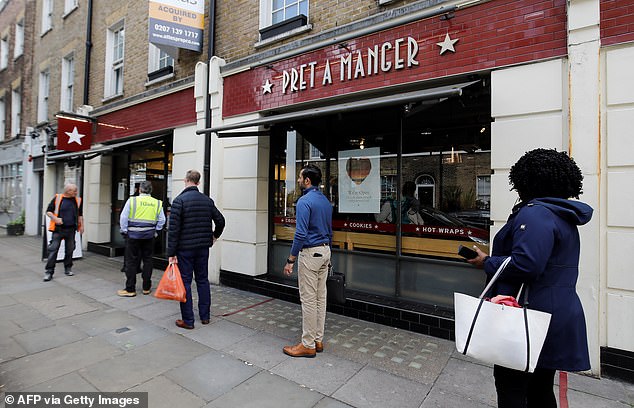 Rachel, from Watford, said: ‘As I was now travelling into London again I thought I’d treat myself to drinks I wouldn’t usually try.

‘But most of the time I’m told that I can’t have a cold drink because they’re unavailable.’

Another customer, Brendan said that by mid-afternoon his mango and pineapple drink is often not available.

‘It’s become a long standing joke with the staff now,’ he said. ‘I laughed it off for a while, but now I’m getting angry and I’m starting to feel I’ve been ripped off`.’

The ASA said: ‘Following a handful of complaints, we sent an advice notice to Pret suggesting that they consider reviewing the ads for their subscription service.

‘We noted that their ads should not state or imply that the service was available in all store locations, or that it covers their entire range of products if that wasn’t the case.

‘An advice notice is where we consider that there are potential problems under our advertising rules but do not consider the issues raised are so significant as to warrant a full formal investigation.’

However, the advice notice likely means that the chain will not face any more action from officials. They looked into the complaints, but found they did not warrant a full investigation.

‘We will not seek an assurance of compliance or contact the advertiser again regarding the matter,’ the ASA said. ‘We will also write to the complainant to explain the action we have taken.’

‘We encourage anyone with concerns about any ads they’ve seen to get in touch.’

Ric Ocasek, singer for the Cars, dies at 75

'We lost everything:' Central Americans flee north after back-to-back hurricanes