A PRIMARY school teacher who was filmed hitting and kicking a horse is said to be in hiding after getting death threats.

A neighbour said Sarah Moulds, 37, was “fearing for her life” after footage emerged of her lashing out at the distressed horse. 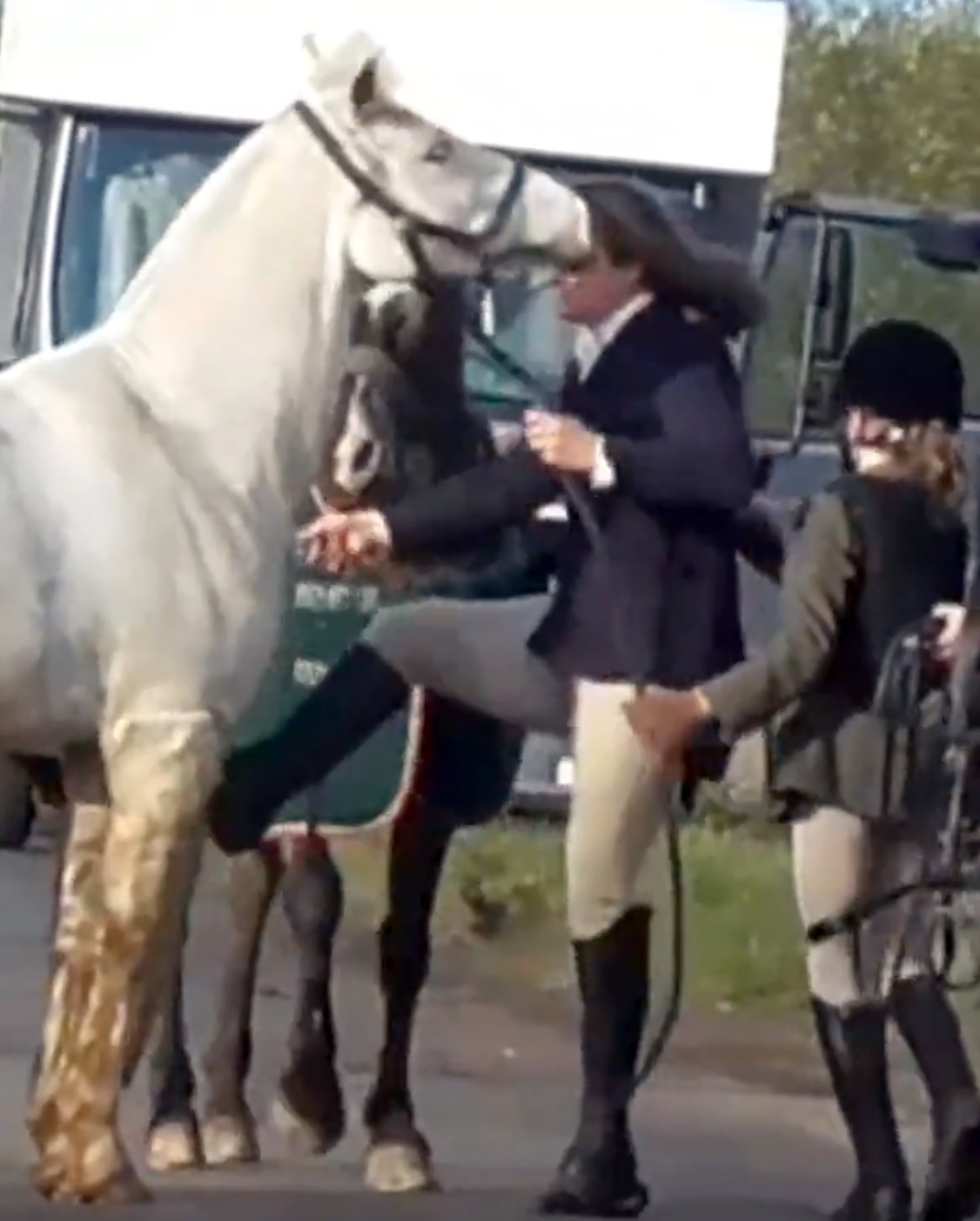 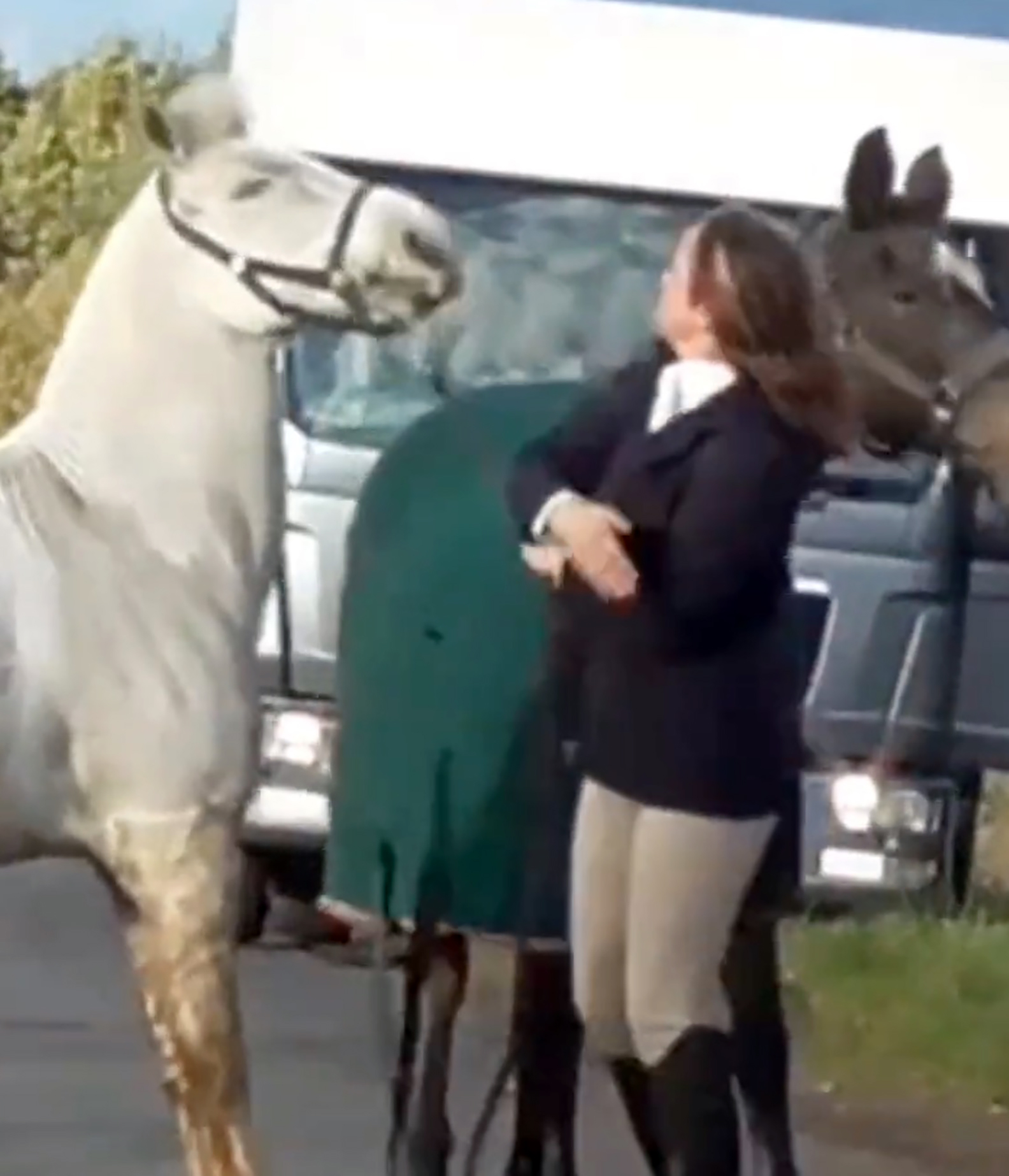 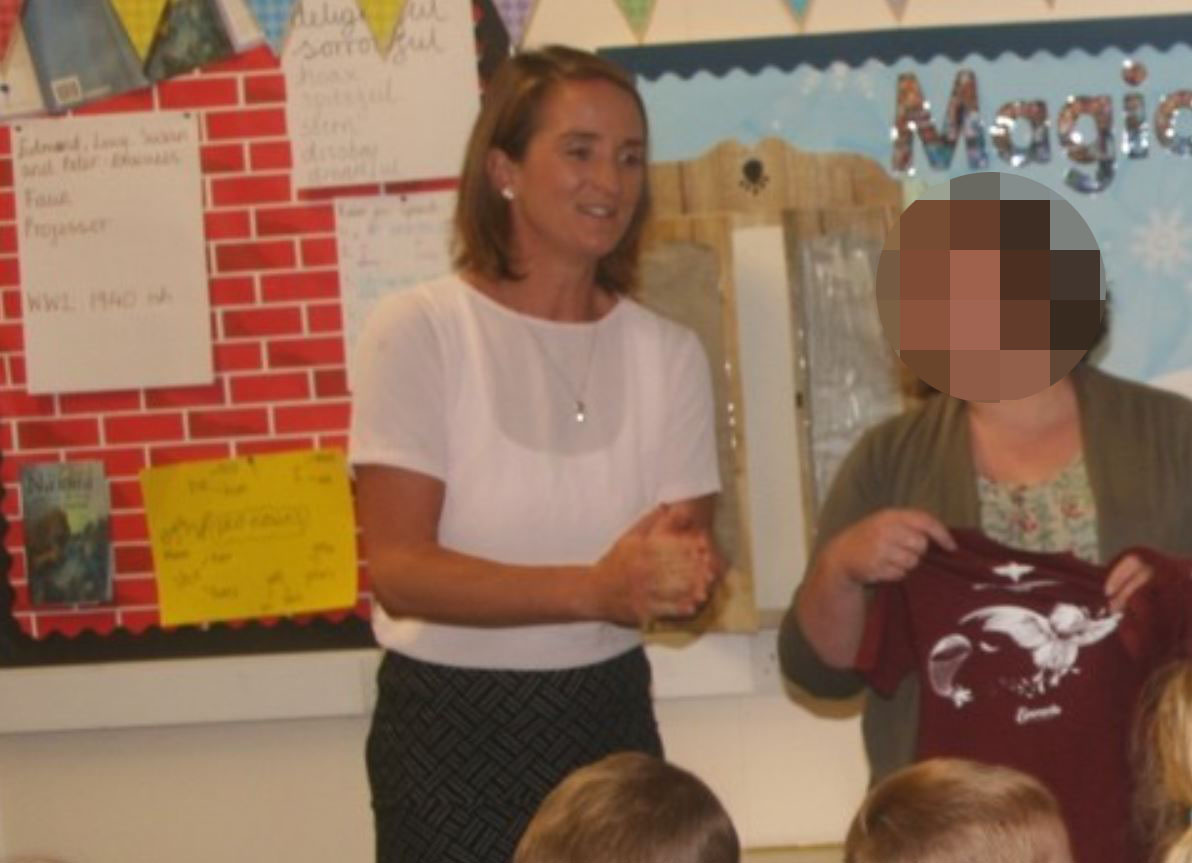 The RSPCA is investigating the "really upsetting" footage, which has been viewed more than two million times.

In the sickening video, the female rider is seen lashing out at the white pony after it ran into the road.

Mum-of-two Mrs Moulds, who is thought to be a team leader of her local Pony Club, has closed down her social media accounts and is said to be staying at a secret location after receiving abuse and threats.

A neighbour and fellow rider in her home village near Melton Mowbray, Leicestershire, told Sun Online: “She’s had to go away after receiving death threats and loads of vile abuse.

'FEARS FOR HER LIFE'

"It’s awful and has got very much out of hand. She fears for her life.”

The woman added:  “She has young children and she is worried about them as well as herself.

"She’s well known and respected in equestrian circles and her social media was bombarded with comments from very angry people after the video went viral and she’s now had to close it down.”

The neighbour, who didn’t want to be named, declined to comment on the alleged abuse, saying: “I don’t know what happened and in what context but what is now happening to Sarah is horrible.

“She’s terrified of being in her own home in case someone targets her or her kids there.”

An RSPCA card with a handwritten note has been pinned to the front door of her house where she lives with husband David.

Mrs Moulds has now been axed from her volunteer position with her local Pony Club, one of the world's largest equestrian organisations for young people.

A Pony Club spokesman said: "We are aware of the video circulating showing unacceptable treatment of a pony and we wholeheartedly condemn this behaviour.

"The welfare of horses and ponies is of the utmost importance to The Pony Club, therefore the lady in question has been removed from her voluntary position as a team organiser for a Branch.

"The Pony Club is a youth membership organisation and as such, she is not a member of The Pony Club."

The footage was shared by Hertfordshire Hunt Saboteurs, an anti-hunting group, who posted the horror footage online after monitoring the event.

The mum-of-two is thought to be a teacher at a primary school and a director of a pre-school in Leicestershire.

A spokesman for the education trust which runs the primary school, said: “We are aware of the incident over the weekend involving a member of staff.

“As there may be the potential for an investigation, it is not appropriate to comment at this time."

In the video, the female hunter is filmed kicking and punching the horse before pulling it into a horsebox by its head collar.

Mrs Moulds is believed to be part of Cottesmore Hunt, a foxhound hunting pack based in Rutland, and was surrounded by other riders at the time of the incident.

Cottesmore Hunt reportedly said it did not condone the actions shown in the video "under any circumstances".

After the horror footage was posted online dozens of people contacted the RSPCA to report the incident.

Horrified members of the public have also slammed the rider online, with one writing: "This is unacceptable!!!

“That poor horse was hit and kicked. Every day more shocking evidence emerges of the violent cruelty these hunts inflict on innocent animals.

As a horsewoman myself, nothing makes me angrier than seeing footage such as this. It is shameful

"Ridiculous that they are allowed to get away with it."

Another added: "As a horsewoman myself, nothing makes me angrier than seeing footage such as this. It is shameful. There is absolutely no excuse for this behaviour.

"No matter how frustrated you are, no matter if you’ve had a bad day. Horses are so sensitive. What a way to make them head shy."

An RSPCA spokesman said: "This footage is really upsetting. We will always look into complaints made to us about animal welfare.

The Hunting Office condemned the actions of the woman, saying she is not a member of the hunting associations. 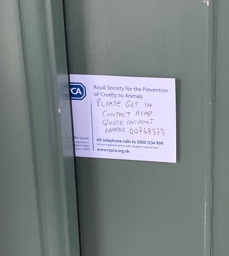 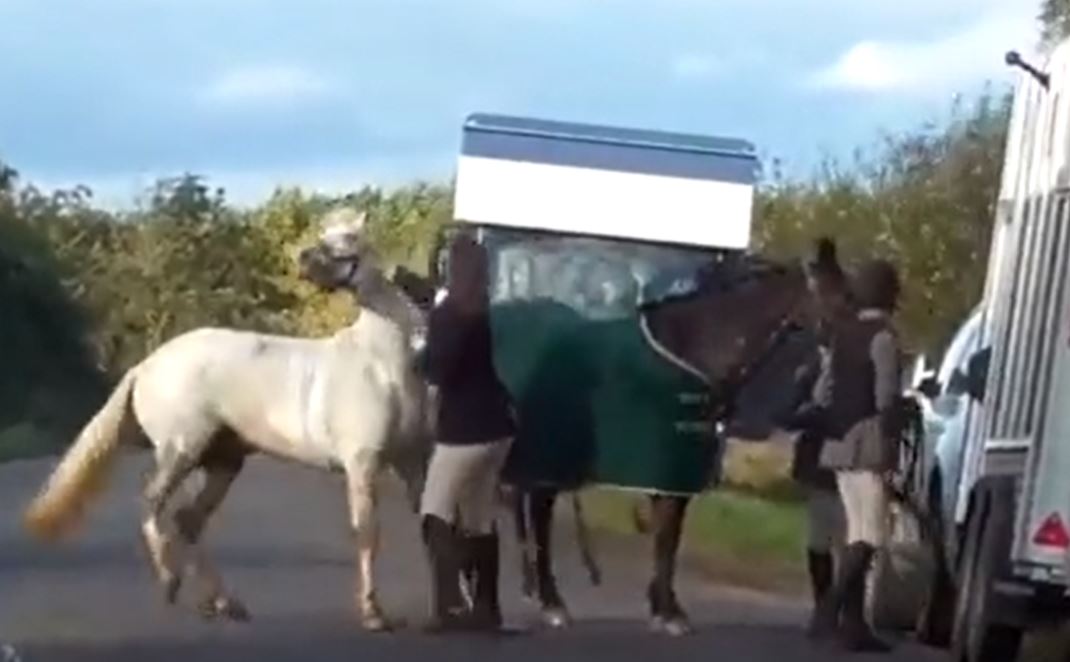 What to Cook Right Now

Hextall on Hockey: Have the Jets turned the page?