Prince Andrew was heckled by a protester today as he followed the Queen’s coffin through Edinburgh in his suit after being banned from wearing his military uniform.

A young man was filmed shouting ‘Andrew, you’re a sick old man’ as the disgraced Duke of York passed behind his mother’s hearse before the protester was bundled onto the floor by an onlooker and a policeman.

A short scuffle ensued, before the officer led him away as he shouted ‘disgusting’ and ‘I’ve done nothing wrong’ while in the background people shouted ‘God save the King’.

Andrew, a Falklands War veteran who exiled from public life amid the fallout from his role in the Jeffrey Epstein scandal, was not allowed to wear military dress for today’s occasion and instead wore a morning suit.

The prince will have to appear in civilian clothes at all the other ceremonial events to mourn his mother, although an exception will reportedly be made as a special mark of respect for the Queen at the final vigil in Westminster Hall.

Prince Harry – as a fellow non-working member of the Royal Family – will also be prevented from wearing military uniform for the majority of the public commemorations. 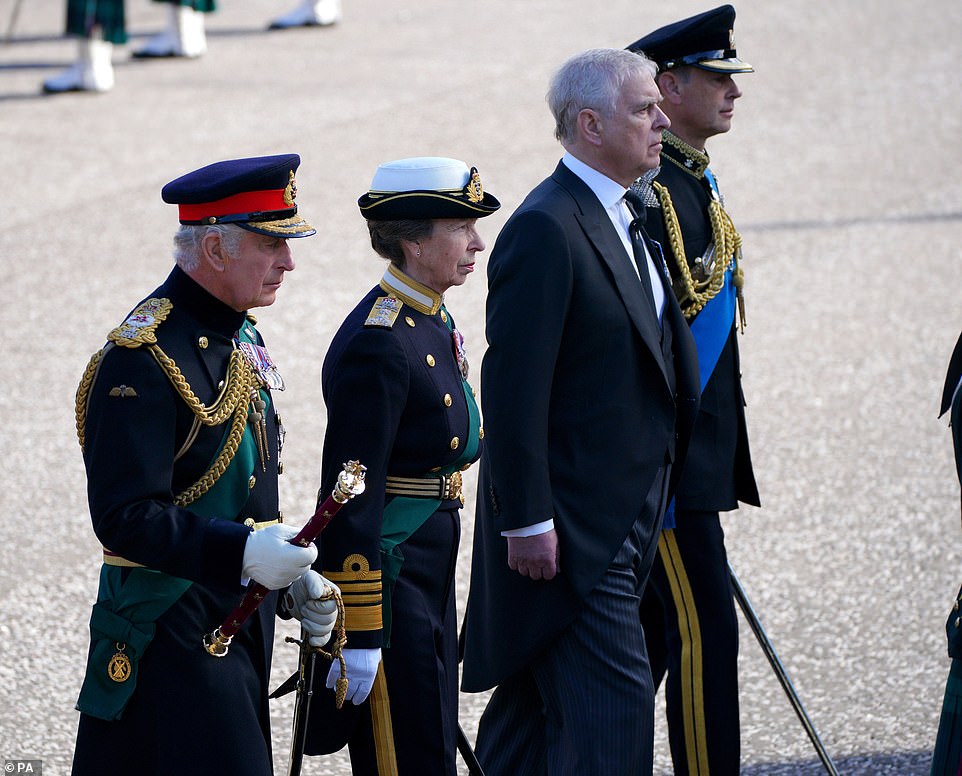 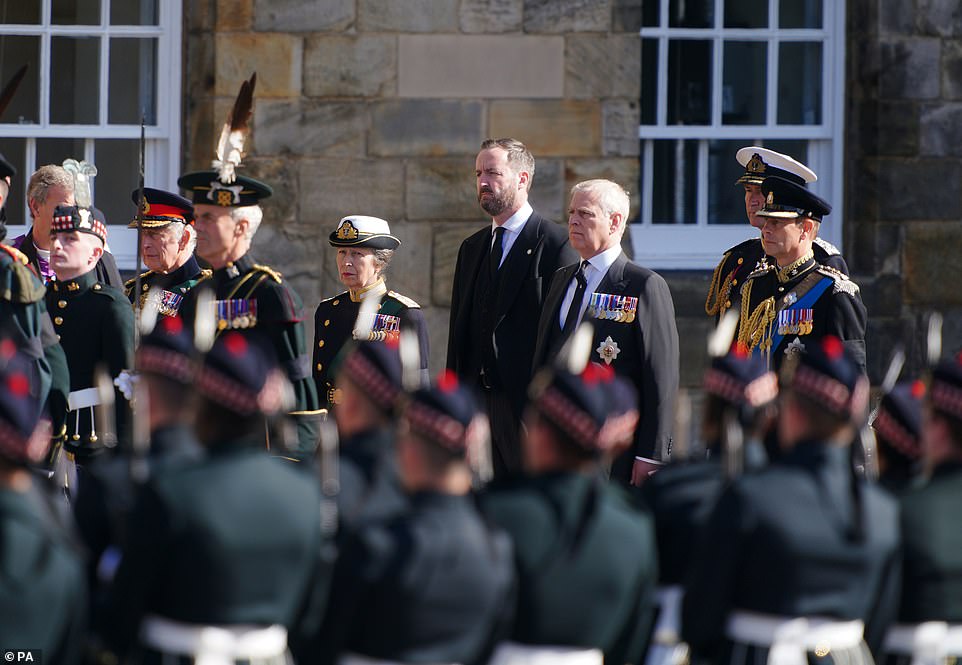 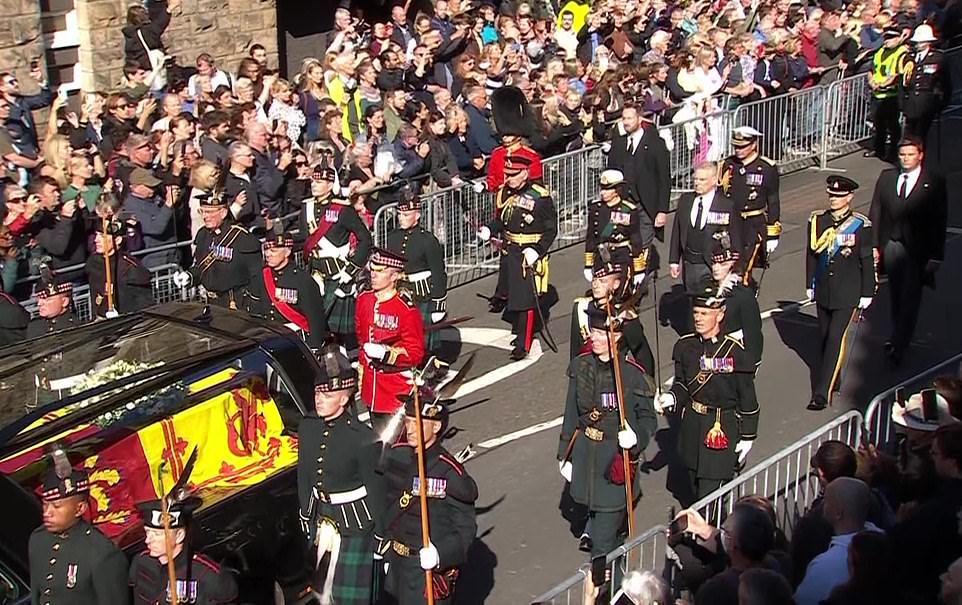 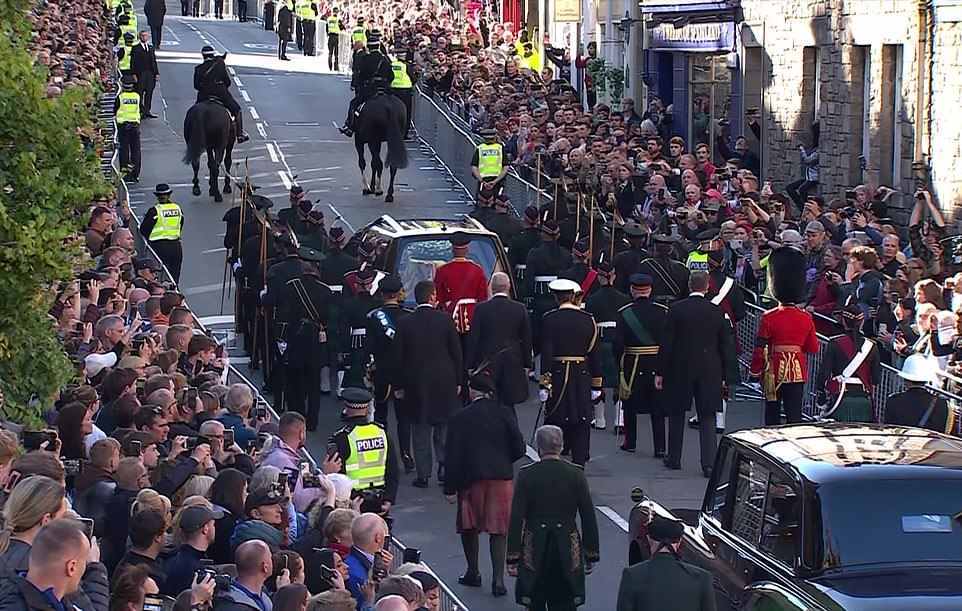