Her wedding preparations may have been overshadowed by her father’s disastrous BBC interview and involvement in the Epstein scandal. But that didn’t stop Princess Beatrice throwing an official engagement party last night.

Following her appearance at the Queen’s Christmas lunch at Buckingham Place, Beatrice and her fiancé Edoardo Mapelli Mozzi, a 34-year-old property entrepreneur, known simply as ‘Edo’ to his close friends, invited family and friends to the trendy Chiltern Firehouse bar and restaurant in London to celebrate their forthcoming wedding.

Sources told the Daily Mail that Andrew did not plan to make an appearance as he didn’t think it would be a ‘good look’ at the moment, just weeks after being forced by the Queen to stand down from public life.

Princess Beatrice, 31, and her property entrepreneur fiance Edoardo Mapelli Mozzi, 34, toasted their upcoming wedding at Chiltern Firehouse in London. Her mother, Sarah Duchess of York, was joined by a host of her A-list pals, including Ellie Goulding (left), Robbie Williams’s wife Ayda Field (centre) and Guy Pelly (right) at the trendy bar and restaurant 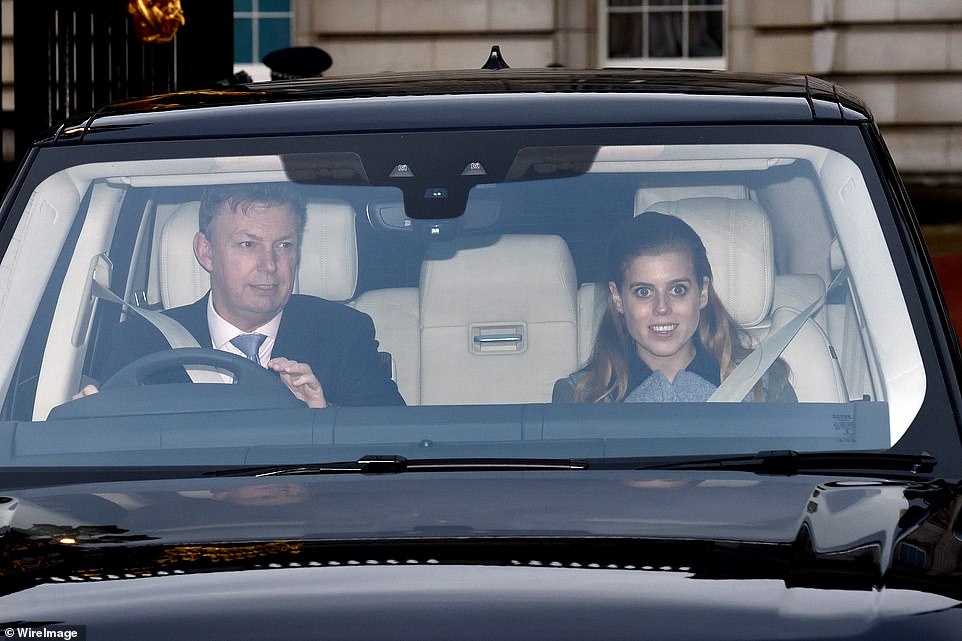 Following her appearance at the Queen’s Christmas lunch at Buckingham Place, Beatrice (pictured), invited family and friends to celebrate with her and Edo at Chiltern Firehouse

He is also conscious of the ridicule he has received by insisting in his Newsnight appearance that he could not have taken Virginia Roberts, the woman who has accused him of sleeping with her when she was just 17, to London nightclub Tramp as she claims because he wasn’t a great partygoer and she is mistaken in claiming he sweated all over her.

Andrew, who denies allegations against him, insists it is physically impossible for him to have done so as he has suffered from a rare condition since serving in the Falklands that leaves him unable to sweat – despite numerous pictures of him coming out of nightclubs and attending parties, all while sweating profusely.

A source told The Sun: ‘This is a devastating blow for the Duke and a sign of just how bad things have got.

‘The plan was always for him to attend Beatrice’s party with Fergie. But things have turned far more toxic.’

But while Beatrice’s father wasn’t there, her mother, Sarah, Duchess of York and sister, Eugenie, were, alongside family friend Robbie Williams and a host of well-wishers.

Pop star Ellie Goulding was also pictured arriving at the restaurant, along with actor and director Dexter Fletcher. 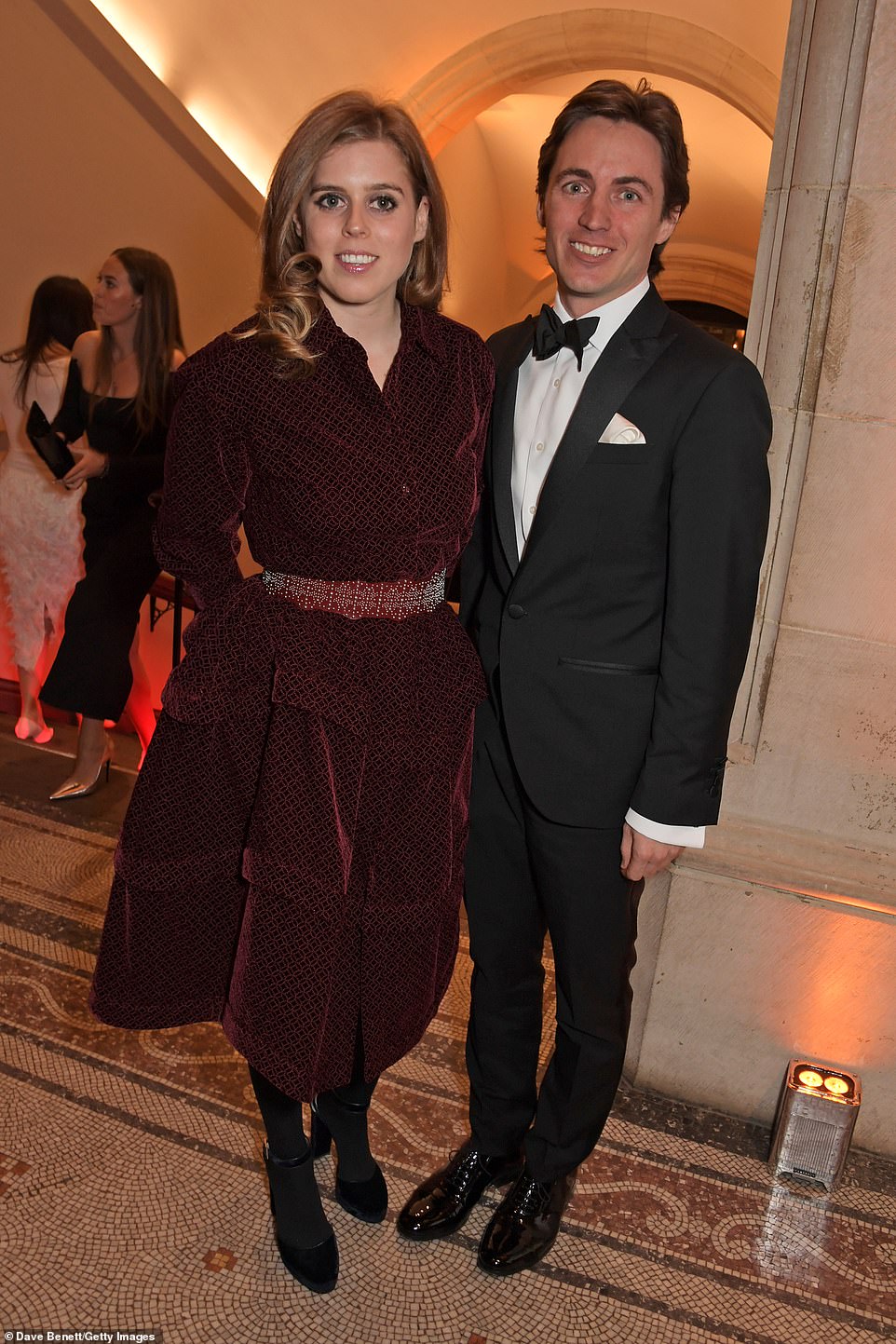 Bride and groom to be: Princess Beatrice is pictured with her Italian fiancé Edoardo Mapelli Mozzi in London earlier this year

Celebrations began with dinner with a group of around 30 friends and family in the restaurant where a plate of pasta costs £65.

The group were allegedly ‘rude’ to staff and were drinking £125 Ruinart Blanc de Blancs bottles of champagne.

They also drank Gavi and Mr Mapelli Mozzi insisted on ordering Barolo because he wanted an Italian wine.

Buckingham Palace has said it will announce further details of the wedding, which will take place on the new year, over the coming weeks.

But it is likely to be much smaller than a topical wedding, including her sister Eugenie’s, both because of her father’s issues and the fact that Edo has a young son with his former fiancée.

Punters who tried to book tables at the restaurant last night were told none were available and the bar was closed for a ‘private function’.

Andrew was spotted earlier yesterday at the Royal Family’s Christmas lunch, hosted by the Queen.

Announcing the engagement in September, Beatrice and her fiance said: ‘We are both so excited to be embarking on this life adventure together

‘We share so many similar interests and values, and we know that this will stand us in great stead for the years ahead, full of love and happiness.’ 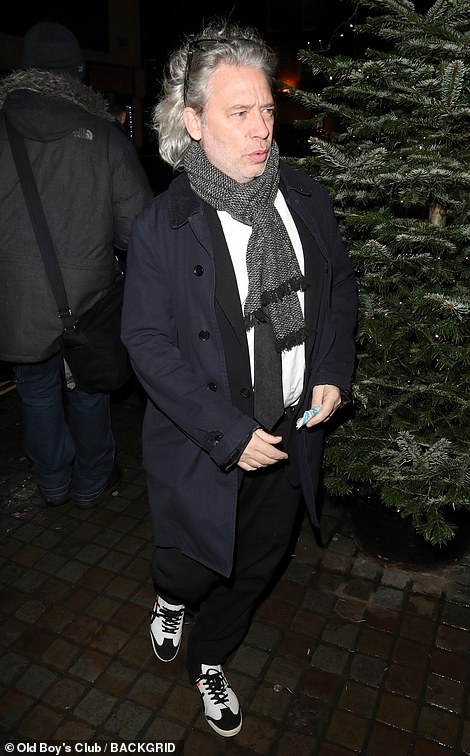 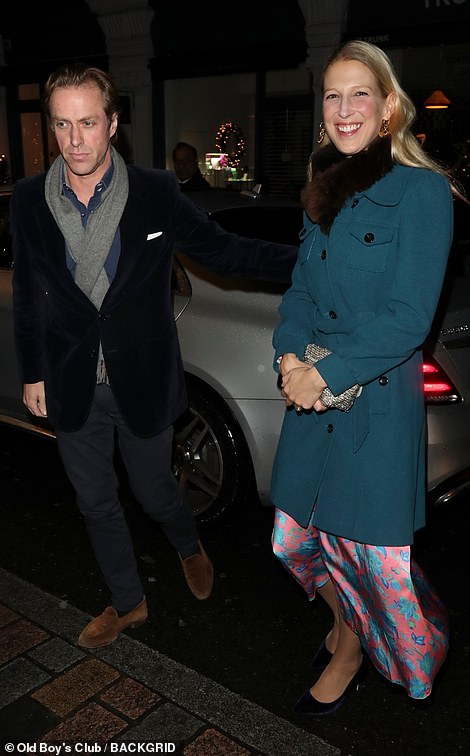 Mr Mapelli Mozzi comes from Italian aristocracy and is the son of former alpine skier Count Alessandro Mapelli Mozzi, who competed in the 1972 Olympics for Britain.

Beatrice’s wedding to her Italian beau will take place in the new year, with official details soon to be released.

It is likely to be a more understated affair than her sister Eugene’s wedding in light of their father’s disastrous fall from grace following his car crash Newsnight interview.

He was ordered to step down from royal duties by the Queen after he failed to apologise for his friendship with convicted paedophile Jeffrey Epstein, 66, who killed himself in his New York prison cell this year while on child sex trafficking charges.

Brazil Covid variant: New strain is ALREADY in UK and could’ve been spreading ‘for some time’