An escaped prisoner who was still at large when he slashed a man with a knife during a furious row outside a pub has been jailed.

Father-of-two Steven Wagstaff, 34, fled from low-security HMP Hatfield, near Doncaster, where he had been serving an indeterminate sentence following a conviction for robbery in 2007.

Wagstaff, who had previously fled from custody twice before in 2007 and again in 2012, was on the run when he was caught on CCTV wielding a knife and confronting a man outside The White Horse in Leeds.

He slashed at the man twice, leaving him with serious injuries, before dumping the blood-smeared knife in a recycling bin in the pub’s car park, the Yorkshire Evening Post reports.

Jailing him for seven years, judge Simon Batiste told Leeds Crown Court he expects Wagstaff’s actions following his third escape to set his release date back ‘by a number of years’. 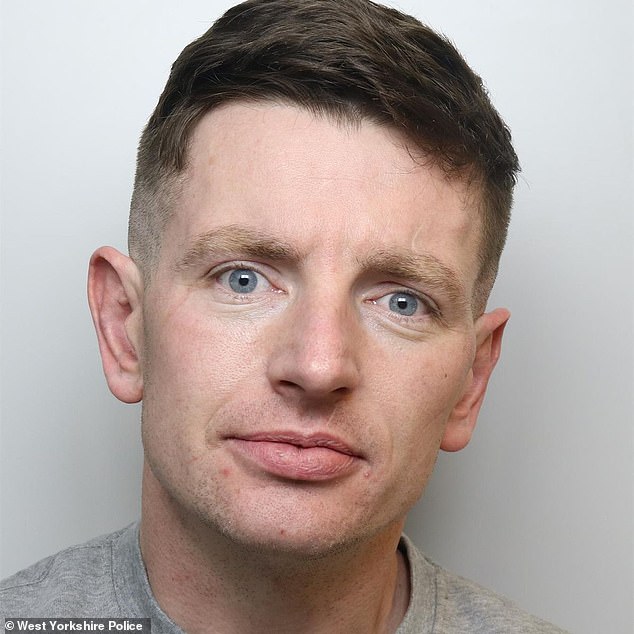 Father-of-two Steven Wagstaff, 34, fled from low-security HMP Hatfield when he slashed a man with a knife during a furious row outside a pub in Leeds

Wagstaff was able to flee from HMP Hatfield in January 2022 after damaging a window in another prisoner’s cell and climbing out. Once free, he went to a restaurant where he used a phone and was picked up in a car.

He was still at large four months later when he launched a terrifying knife attack against his victim, who suffered injuries to his neck, forearm and hand and was treated for nerve damage at St James’ Hospital.

Police were able to identify Wagstaff from a series of images taken from the CCTV footage outside The White Horse, and later from DNA extracted from his weapon that had been dumped in a clothes recycling bin outside the pub.

He was involved in a later chase with police on May 3 after being pulled over by an officer while behind the wheel of a VW Golf.

Wagstaff, fleeing the vehicle on foot, kicked out and spat at the pursuing officer after climbing on top of a shed. He also headbutted the officer and punched him in the face following a brief struggle. 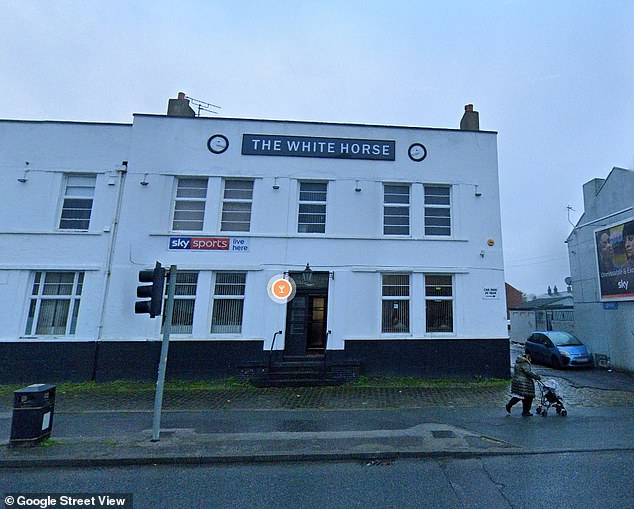 Wagstaff, who had previously fled from custody twice before in 2007 and again in 2012, was on the run when he was caught on CCTV confronting a man outside The White Horse pub (pictured) in Leeds

Wagstaff, who has previous convictions for violence, affray and robbery, was arrested but provided no comment during police interview.

Appearing in court via video link from HMP Leeds, he admitted escaping from custody, GBH with intent, having a bladed article and a charge of ABH relating to the police officer.

In mitigation, Nicholas Hammond said Wagstaff fled the Category D prison because he was left feeling hopeless and ‘desperate for an end date’ to his indeterminate prison sentence – which was abolished in 2012.

He added: ‘The defendant most importantly expresses his remorse for what he has done and understand there are no good reasons for doing that and no excuse for his behaviour.’

Sentencing him, Judge Simon Batiste told Wagstaff: ‘You have spent most of your adult life in custody.

‘The sadness of this escape is that the parole board were supportive of your imminent release, but this will put it back, I anticipate, by a number of years. This is your third escape.’

Wagstaff was jailed for seven years and four months in total.