Priti Patel held talks with Albanian state police in London yesterday to hammer out a fast-track way of removing migrants trafficked from the Balkan nation to the UK.

The Home Secretary vowed to end the mass arrival of Albanians across the Channel. Officials from Tirana will visit Kent today to fine-tune the operation. 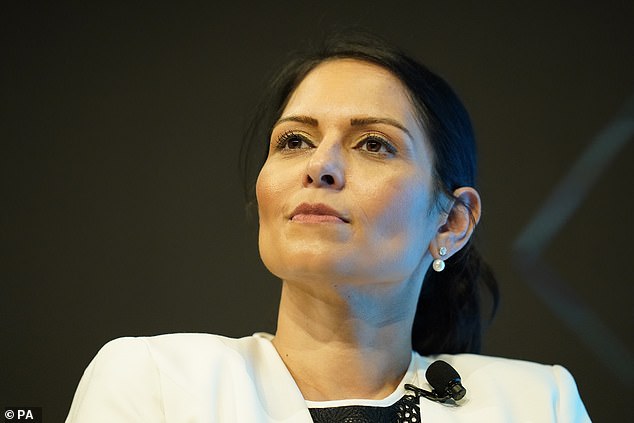 ‘They are asylum shopping – making attempts to claim asylum in the hope they can remain here and disappear into the criminal underworld fuelled by Albanian gangs.

‘We will bring this to an end.’

Under the deal, Albanians will be sent home as soon as possible after they arrive on small boats from northern France.

An agreement is likely to be announced ‘within days’, sources said last night.

Officials from both countries will discuss increased sharing of forensic and biometric intelligence to clamp down on Albanian criminals who enter the UK.

The operation will also consider ‘new covert and overt operational tactics’ designed to stop Albanian migrants swapping to other methods of entry.

A pilot scheme has begun, with British and Albanian law enforcement officers working side by side in both countries.

The number of Channel migrants entering Britain since January 1 passed 25,000 at the weekend – including more than 6,000 Albanians.

The Home Office said Albanians now make up half of all arrivals from across the Channel after a sharp rise.

Miss Patel said: ‘It is absurd that so many Albanian nationals are entering the UK via small boats when their home country is safe.’