A British Apache helicopter fired a lethal ‘flesh-shredding’ round while it was being moved on the ground at at a British Army base on Wednesday.

British commanders have reportedly launched an urgent probe into the incident in which the gun was let off as the £20 million helicopter was being wheeled out of its hanger, possibly to the firing ranges.

The Army Air Corps helicopter is believed to have fired the ‘negligent discharge’ as trainees prepared for a training session at Wattisham Flying Station, according to The Daily Mirror. 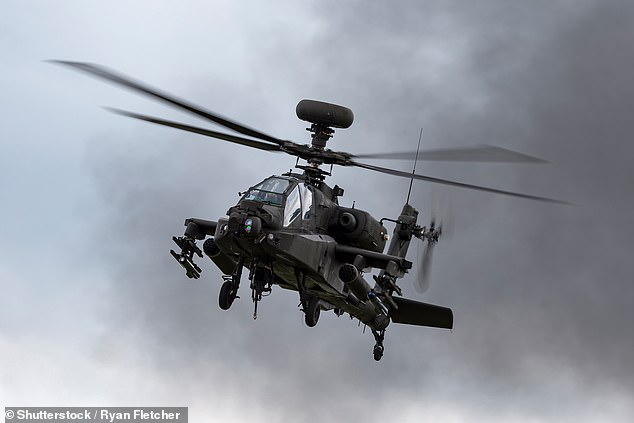 The 30mm gun of an Apache helicopter (file photo) was discharged negligently on Wednesday at Wattisham Flying Station, a British Army base. An investigation into the incident has been launched

The accidental discharge of the Apache’s 30mm gun is now being probed by military investigators at the Suffolk station.

According to the newspaper, a ‘negligent discharge’ is considered a serious offence in the army and will likely leads to disciplinary action, sometimes involving docking a soldiers pay.

The bullets on an Apache gun are more like shells capable of piercing armour, thick walls and destroying vehicles, and longer than a human hand.

No crew members were said to be on-board the helicopter when it fired the round.

It is the same type of helicopter that was flown by Prince Harry in Afghanistan during his second tour of the country as a gunner and co-pilot.

After quitting the Cavalry to follow his dream of becoming a helicopter pilot, Prince Harry qualified as an Apache flyer at Wattisham Flying Station in 2012.

Sources told the Mirror that the weapon fired a single lethal 30mm cannon round while the chopper was still at the station on Wednesday. 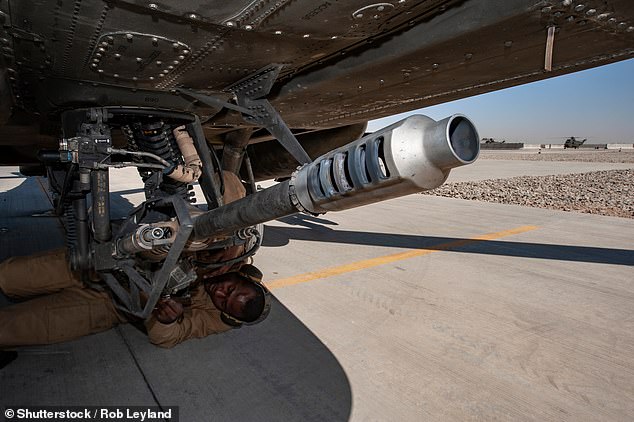 An Apache’s gun fires 30mm large rounds larger than a person’s hand. The round that was fired is said to have been a training round, which is not explosive but still deadly if it impacts near a person (file photo)

Although the round discharged was a ‘practice round’, it still had the potential to be extremely lethal.

Practice rounds are non-explosive and are used during training instead of live ammunition because they are far cheaper.

Despite this, they still have the potential to be extremely deadly if they impact too close to a person.

A source told the Mirror: ‘There was a huge flap about this negligent discharge immediately afterwards as if it had hit someone it would have killed them and maybe others too.

‘It is very fortunate nobody was injured but it is being taken extremely seriously as firing weapons like this cannot be taken lightly by anyone.

‘Even though it is believed the round that was fired was a practice variant, which does not contain high explosives, it was nevertheless potentially lethal. 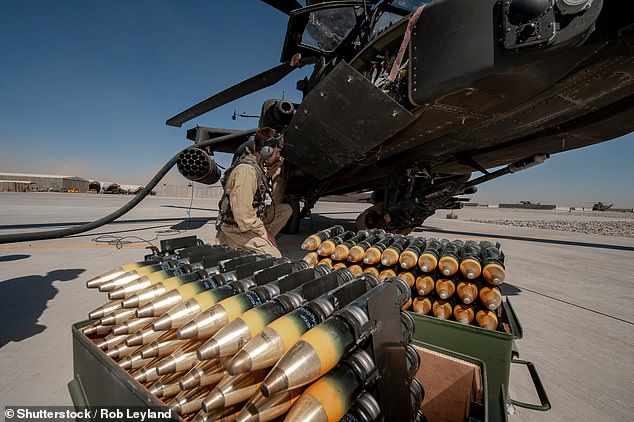 The bullets on an Apache gun are more like shells capable of piercing armour, thick walls and destroying vehicles (file photo)

The source added that military commanders immediately launched an investigation into the incident to learn what had happened, and how.

Sources also told the newspaper that it was a practice round, and that crew are being quizzed by the investigators.

An Army spokesman said: ‘We are aware of an incident at Wattisham Flying Station which is being investigated.’

Sources noted there were no civilians injured in the shooting and no property was damaged.

Pentagon to soon resume Saudi training halted after base shooting