Richard Pusey has been refused bail for the second time in seven weeks on allegations he posted photos of dying police officers in an online review of a Porsche dealership.

Pusey was previously jailed for filming the four officers killed in the April 2020 Eastern Freeway crash in Kew, and is now accused of using some of those images in a Google review of Porsche Centre Melbourne and in a separate complaint he wrote about an insurance company. 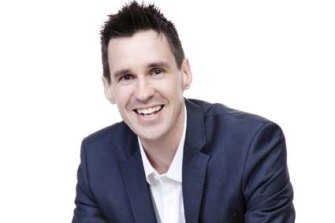 The 44-year-old plans to plead not guilty to two charges of using a carriage service to cause offence and two of offending while on bail in a contested hearing before a magistrate next month.

But he will have to continue preparing that defence while in custody, as Supreme Court Justice Lesley Taylor on Friday found Pusey failed to meet the exceptional circumstances required for bail, and that he posed an unacceptable risk of offending if released.

Taylor’s ruling came after magistrate Michelle Mykytowycz in May also refused to grant bail after she accepted police concerns there were risks Pusey could again use the images he filmed on his phone and had stored in iCloud.

Pusey, who has spent about five months in custody on these charges, went to the Supreme Court to challenge Mykytowycz’s ruling. 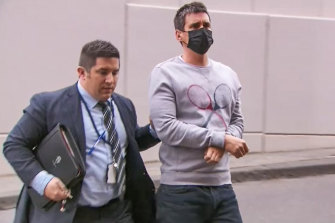 Richard Pusey (right) is arrested in 2020 for filming the dying police officers.Credit:Nine News

Prosecutor Anthony Albore on Friday told Taylor the police case against Pusey was strong and he faced a substantial jail term if found guilty, and investigators believed only he could have access to the images and that he allegedly posted them for the sole reason of causing offence.

The images posed were “incredibly graphic”, Albore said, and their alleged use was “morally repugnant” and had caused those who saw them distress.

“The use of the images in the way the applicant has used them is inherently offensive,” he said.

Albore told the judge she could have no confidence that Pusey would abide by conditions if bailed, as he was on a good behaviour order when he allegedly posted the images and had previously failed to comply with court orders.

Pusey has been in and out of custody since he was jailed for outraging public decency for filming the dying officers in the aftermath of the crash on April 22, 2020. The officers had pulled over Pusey for speeding and were discussing impounding his Porsche when Mohinder Singh’s truck veered into the emergency lane and hit them. Pusey was standing at the side of the road at the time.

Pusey, representing himself on Friday, at times became emotional and held back tears as he told Taylor he couldn’t get the medication and mental health treatment he needed from prison, and disputed reports that said his dosages and needs were met.

“We are talking intensive support here … I can’t get a Panadol,” he said.

“These slogans you hear on mental health – Are you OK? – what if I’m not? What’s intensive is the persecution from Victoria Police for 6½ years.”

Pusey said the case against him was weak, he had the support he needed in the community and looked forward to reading books, painting and to “live in harmony”.

He waved to his mother and another supporter as he was led back to custody. His case will return to Sunshine Magistrates’ Court on August 4.