Russian President Vladimir Putin will not be able to rebuild his country’s former empire despite his clear ambitions to do so, former KGB spy Jack Barksy claims. Speaking to Express.co.uk, Mr Barsky explained that Putin’s ambition is a “pipe dream”, as highlighted by the resistance he has faced in Ukraine. Mr Barsky, who later switched sides to help the US in the 1980s, added: “He has not made a secret of that. Putin has said in public that this is his plan, to reestablish greater Russia. He wants to unite all of the Slavic speaking people to establish greatness as it was under Peter the Great.

“But by the way, Russia has never been great. The Soviet Union was a superpower because it had nuclear weapons, but even under Peter the Great 90 percent of the population were peasants.

“The end result is that Russia today is still run and functions with people who at heart have a peasant mentality.

“Reestablishing greater Russia is a pipe dream for Putin. It will never happen. As we can see, the Slavic people are not in agreement. Ukraine, even Belarus, has not chosen to attach itself to Russia under Putin.”

The Russian President even compared himself to Peter the Great in June.

Discussing the former Emperor of Russia, he said: “Peter the Great waged the great northern war for 21 years. 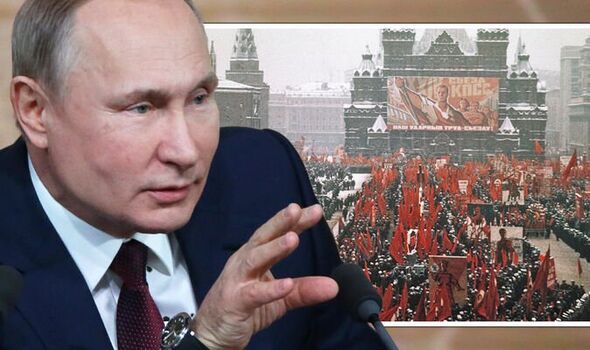 “It would seem that he was at war with Sweden, he took something from them. He did not take anything from them, he returned [what was Russia’s].

“Apparently, it is also our lot to return [what is Russia’s] and strengthen [the country]. And if we proceed from the fact that these basic values form the basis of our existence, we will certainly succeed in solving the tasks that we face.”

Ukraine is one of many former Soviet republics which gained its independence in the 1990s when the USSR collapsed.

Putin has previously described the collapse of the Soviet Union in negative terms.

In 2005, he said it was a “genuine tragedy” adding: “First and foremost it is worth acknowledging that the demise of the Soviet Union was the greatest geopolitical catastrophe of the century. 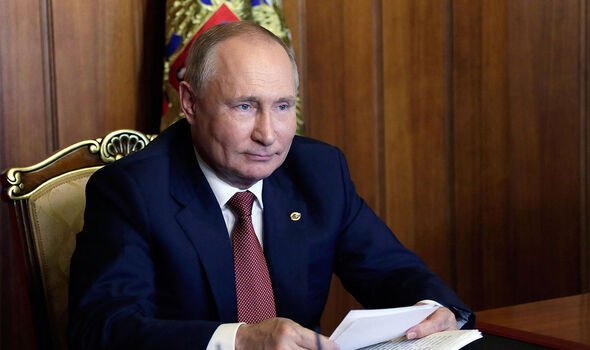 “As for the Russian people, it became a genuine tragedy. Tens of millions of our fellow citizens and countrymen found themselves beyond the fringes of Russian territory.

“The epidemic of collapse has spilled over to Russia itself.”

President Putin also discussed the demise of the Soviet Union last year, branding it the “disintegration of historical Russia”.

He told state TV in Moscow: “We turned into a completely different country. And what had been built up over 1,000 years was largely lost.” 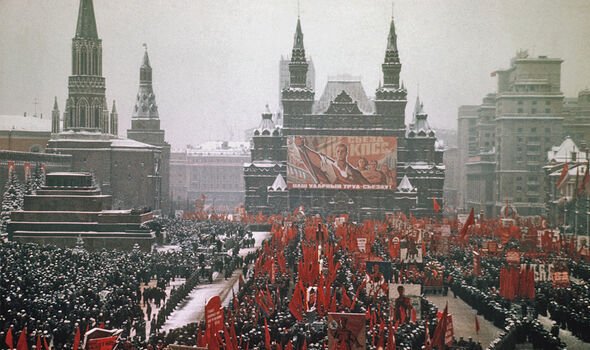 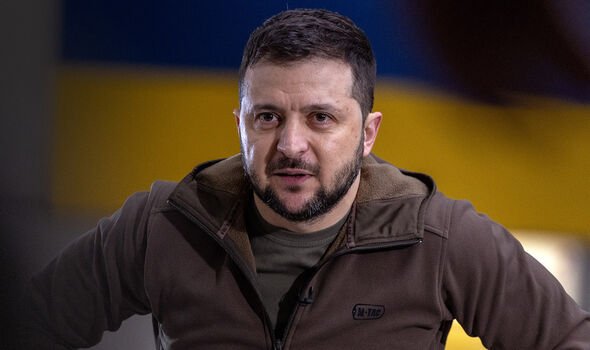 Putin’s numerous comments about the Soviet Union combined with Russia’s invasion of Ukraine have left other former Soviet republic nations fearing they could also be attacked.

Ukrainian President Volodymyr Zelensky warned in April that Russia plans to attack other countries, adding: “Russia’s invasion of Ukraine was intended only as a beginning.”

Moldova’s prime minister, Natalia Gavrilita, also said last month that she is concerned her country could be targeted.

She said she is “very worried” but added that an invasion of her country is a “hypothetical” threat for now.

Why we left! EU fishermen given green light to hoover up catch in new waters

UK PM Johnson: I will not negotiate Brexit delay