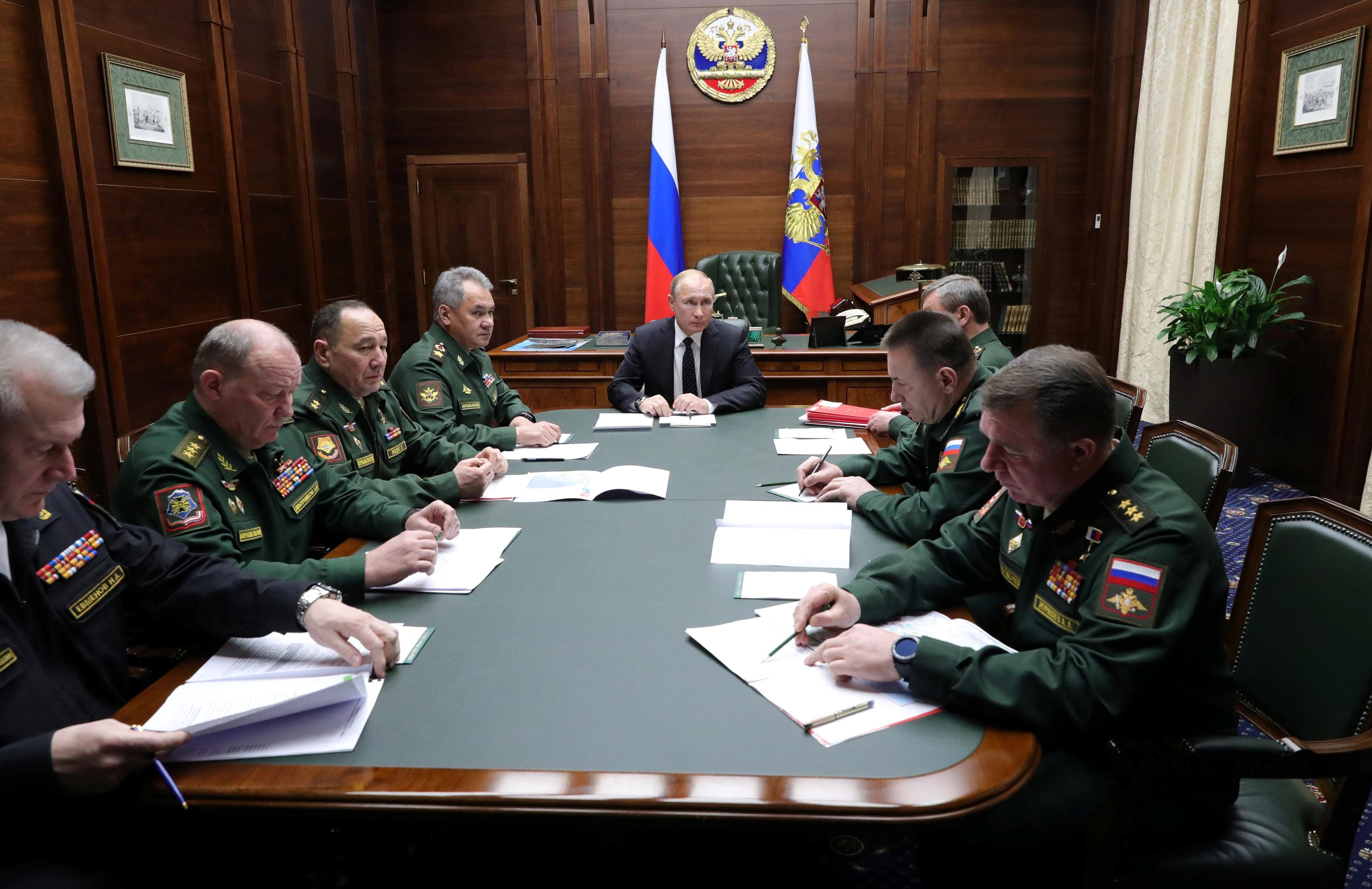 MOSCOW (Reuters) – President Vladimir Putin said on Tuesday that there was nothing to stop Russia and the United States holding talks with other countries about the possibility of them joining a landmark arms control treaty that is at risk of unraveling.

The United States delivered Russia a 60-day ultimatum earlier this month to come clean about what Washington says is a violation of the Intermediate-range Nuclear Forces Treaty between Moscow and Washington.

The pact keeps intermediate-range U.S. and Russian missiles out of Europe. Washington has spoken of quitting the treaty altogether unless Russia returns to what it calls “full and verifiable compliance.”

Moscow denies it is in breach of the treaty and accuses the United States of violating it.

Both sides have noted that other countries remain free to develop weapons banned under the treaty, and the United States has in particular raised concerns about China with U.S. National Security Advisor John Bolton warning Moscow that Chinese missiles have the capability to strike the Russian heartland.

“Yes, it is true, there are certain problems with this agreement (the treaty) – other countries that possess intermediate and short range missiles are not part of it,” Putin told top military officials at a Defence Ministry meeting.

“What is stopping (us) from starting talks on them joining the current agreement or starting to discuss parameters for a new accord?” he asked.

Putin also said that Russia could easily make and deploy land-based intermediate-range missiles if the United States made good on its threat to quit the treaty.

Although he denied his country was in violation of the agreement, he said it had developed powerful airborne and sea-based cruise missiles and could easily roll out land-based missiles if Washington walked away from the pact.